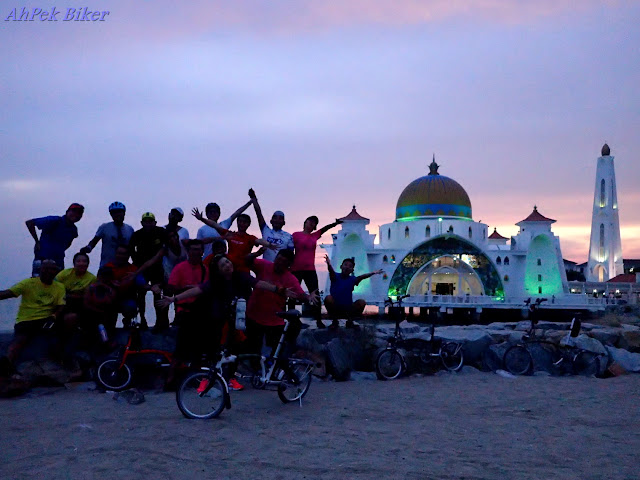 Malacca is always a nice place to cycle in. With nice food, beautiful heritage spots and a scenic riverside it has always drawn us down to cycle around the city. But to cycle down from Seremban to Malacca is totally another different exercise in cycling, one that demands more energy than a fun ride. There are different routes to get down there, but all are fairly demanding in some physical endurance. And if done during the hot season, being able to take in the heat will also be important.

Back in November 2012, I had join some friends cycling down from Sungai Gadut (in Negeri Sembilan to Malacca (... see Peranakan Bike-packers blog). We had taken the KTM Commuter train from the bus terminal at Bandar Tasik Selatan to Sungai Gadut and commenced cycling from there. 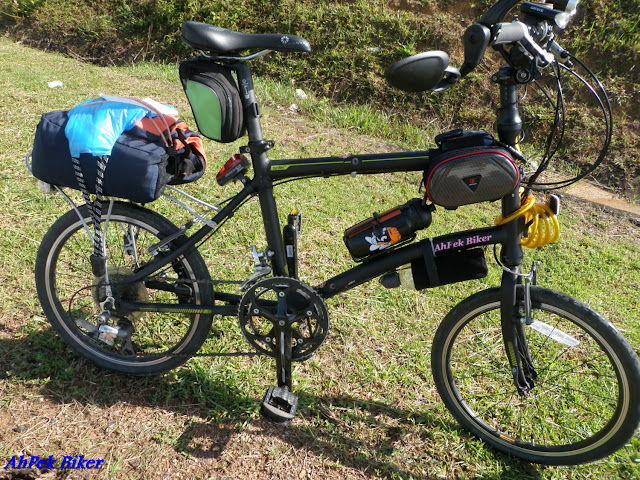 Back then I was fairly a newbie and was using my Dahon Dash P18 with a back-pack strapped to my rear carrier with bungee cords. The Dash is a great bike, with good riding performance for a foldie; the only thing is, when folded it still has a large profile. It was while struggling carrying the folded Dash in a large bike bag at the inconvenient Bandar Tasik Selatan bus terminal that I noticed the girls easily pushing their Bromptons along. That was the moment that I told myself that I had to get one of those nifty Bromptons. 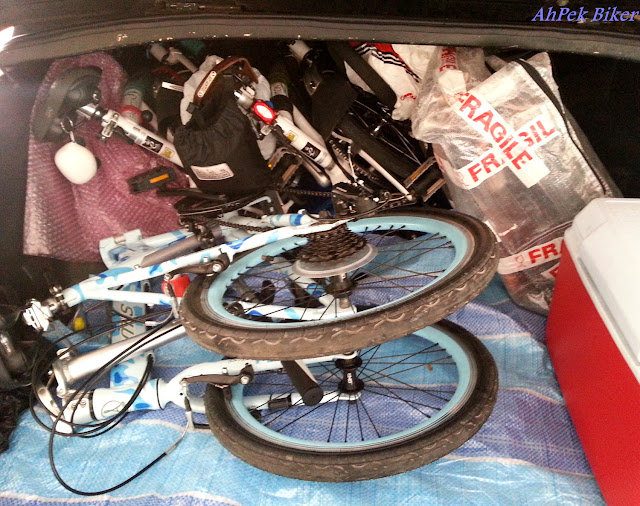 A couple of days earlier, some of us had loaded three of our Bromptons and a couple of other foldies into a pick-up truck. This truck is nifty, being able to fit that many bikes. It will also be the support car for our cycling trip down and up. Other than this truck, Larry from Penang will be driving his car, this will be the other support car.
Good, we are prepared and all ready to go!

This time round there was a large group of us (eighteen cyclists), hence the support cars. We took almost the same route down as the 2012 trip but took a totally different route back.
Below are the blogs of our trip down there with some other related blogs: