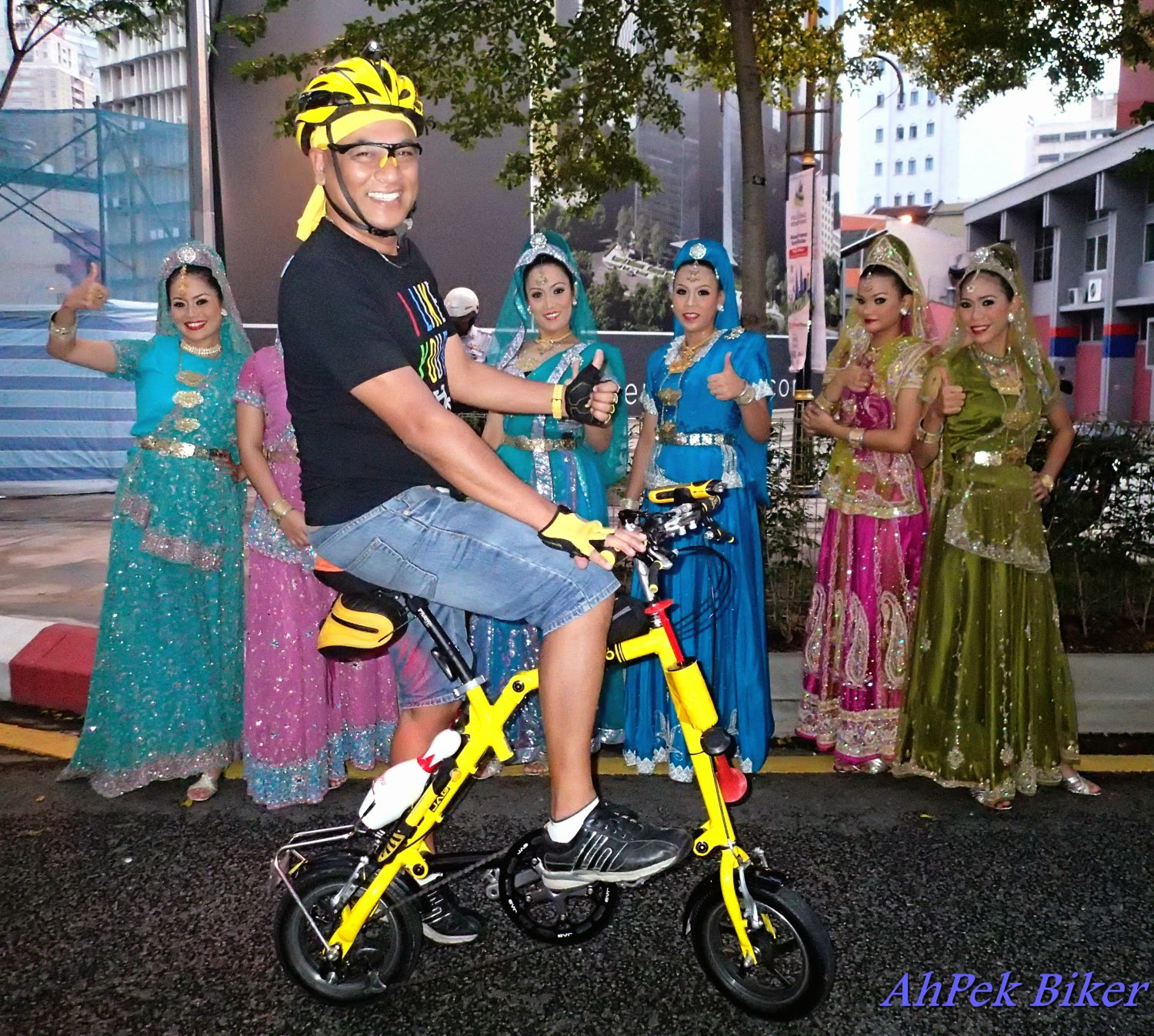 Public Event: Around Kuala Lumpur Inner City
Distance Covered: This was a fun ride so did not track.
Time: 7:00 am to 9:00 am Duration: 2 hrs.


PRELUDE
The Kuala Lumpur Car Fee Day is held regularly on the first and third Sundays of each month. The last time I blogged on this was during a ride in February this year; Wow! That's nine months ago, how time flies!
But I am intrigued by how the Car Free Day concept has matured. Now we see all sort of people coming in to enjoy themselves. Some came to cycle in different kinds of bicycles, skateboarders and roller-bladers came too. And then they were people who just came to walk or jog. It was a sort of festive mood with people mixing around, chatting with each other just to enjoy that day. 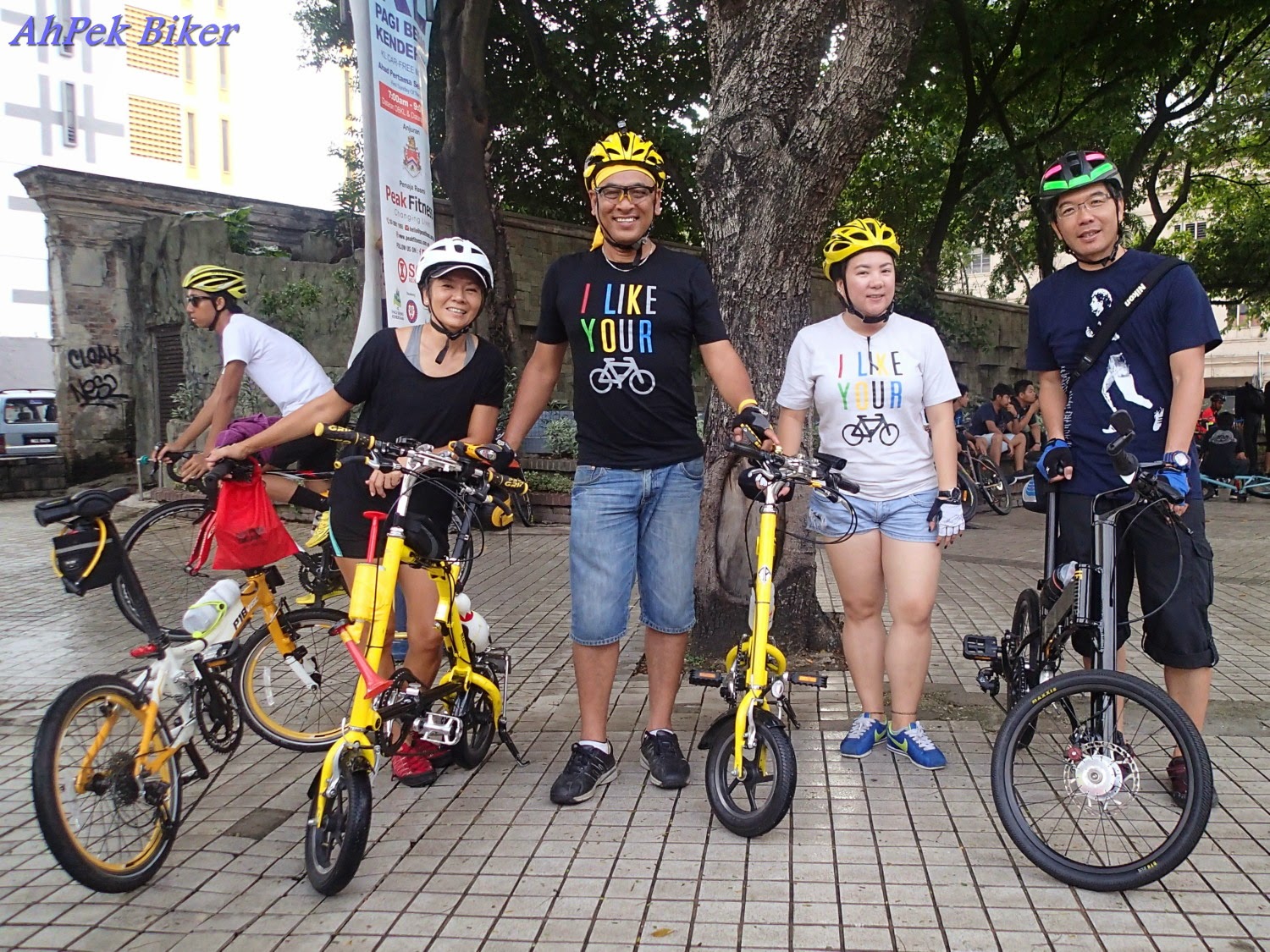 Now I am riding and blogging on it again as a couple of friends, Larry & Winnie had come down from Penang to join us for the first time. I hope they will like it. 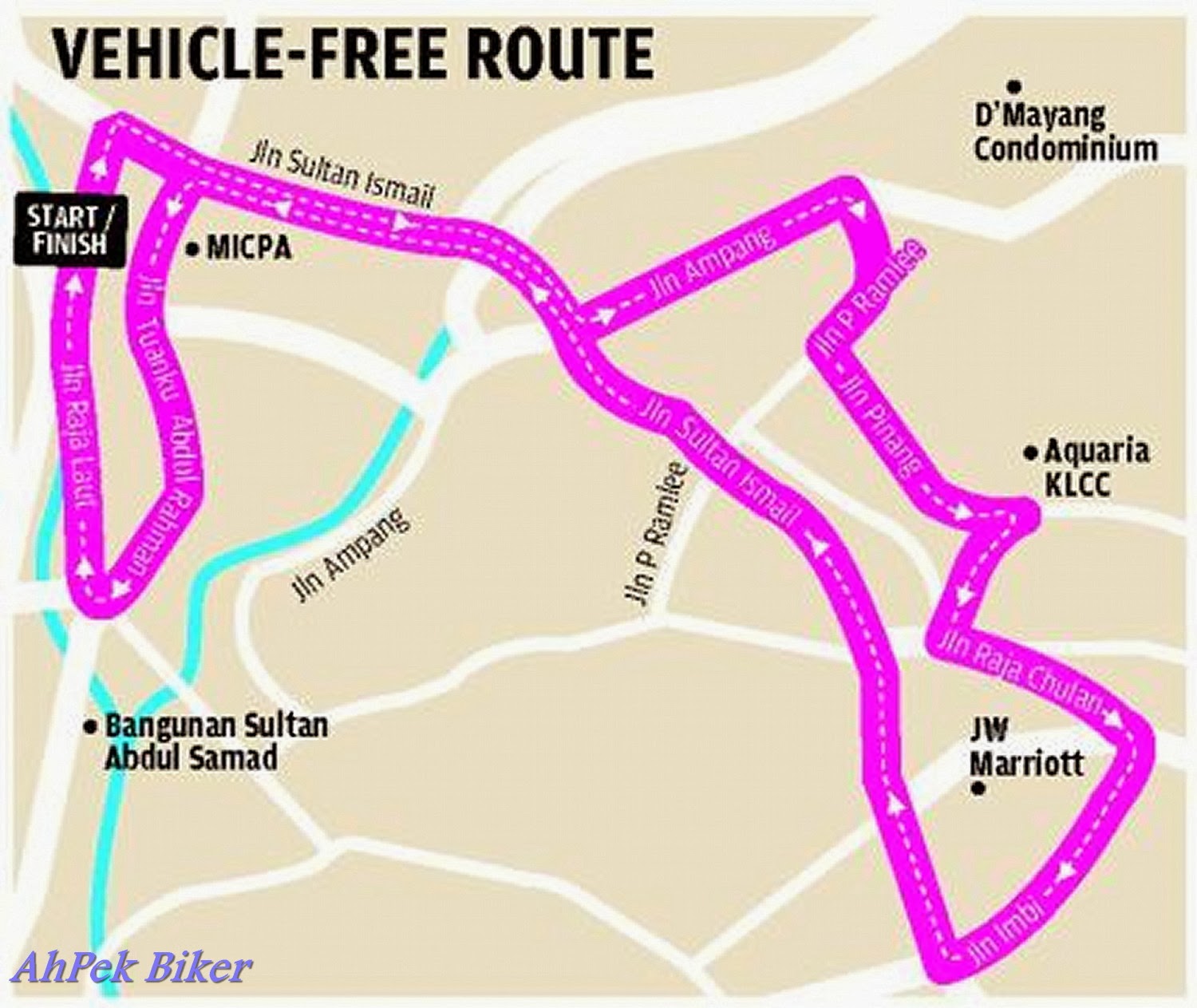 The ride route as shown in the map was still the same. It will take us from the Kuala Lumpur City Hall building at Jalan Raja Laut to the Golden Triangle area of Jalan Raja Chulan and back.
This loop will be closed to motorized traffic from 7:00am to 9:00am, so one can just go as many rounds as possible before the cars come in again.

We arrived early and mingled with the crowd, seeking out new and old friends. The mood was as usual quite festive. 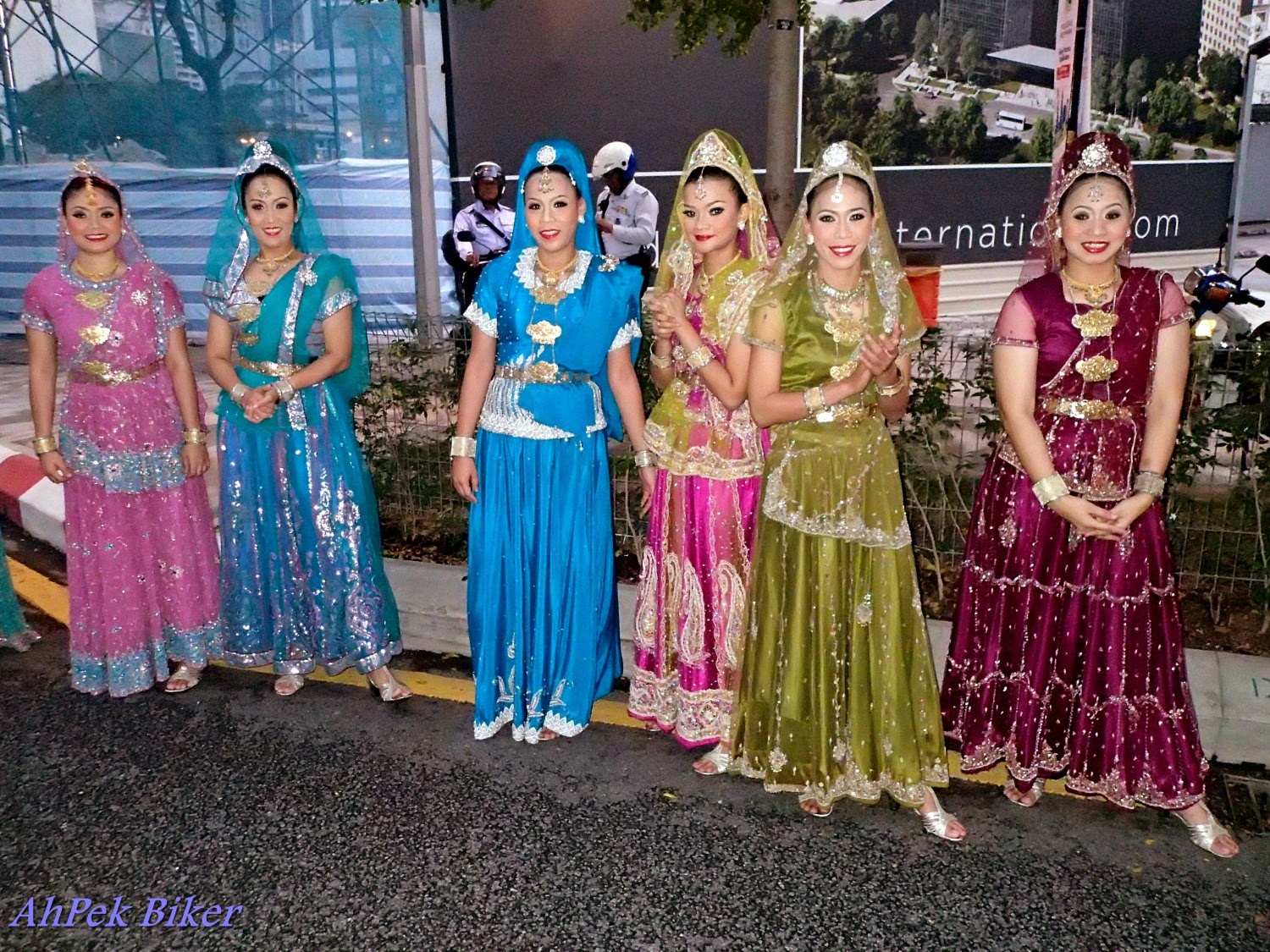 It was past the Indian festival of Deepavali (Diwali) so we were surprised to see these ladies from City Hall all dressed up colourfully in Indian saris. 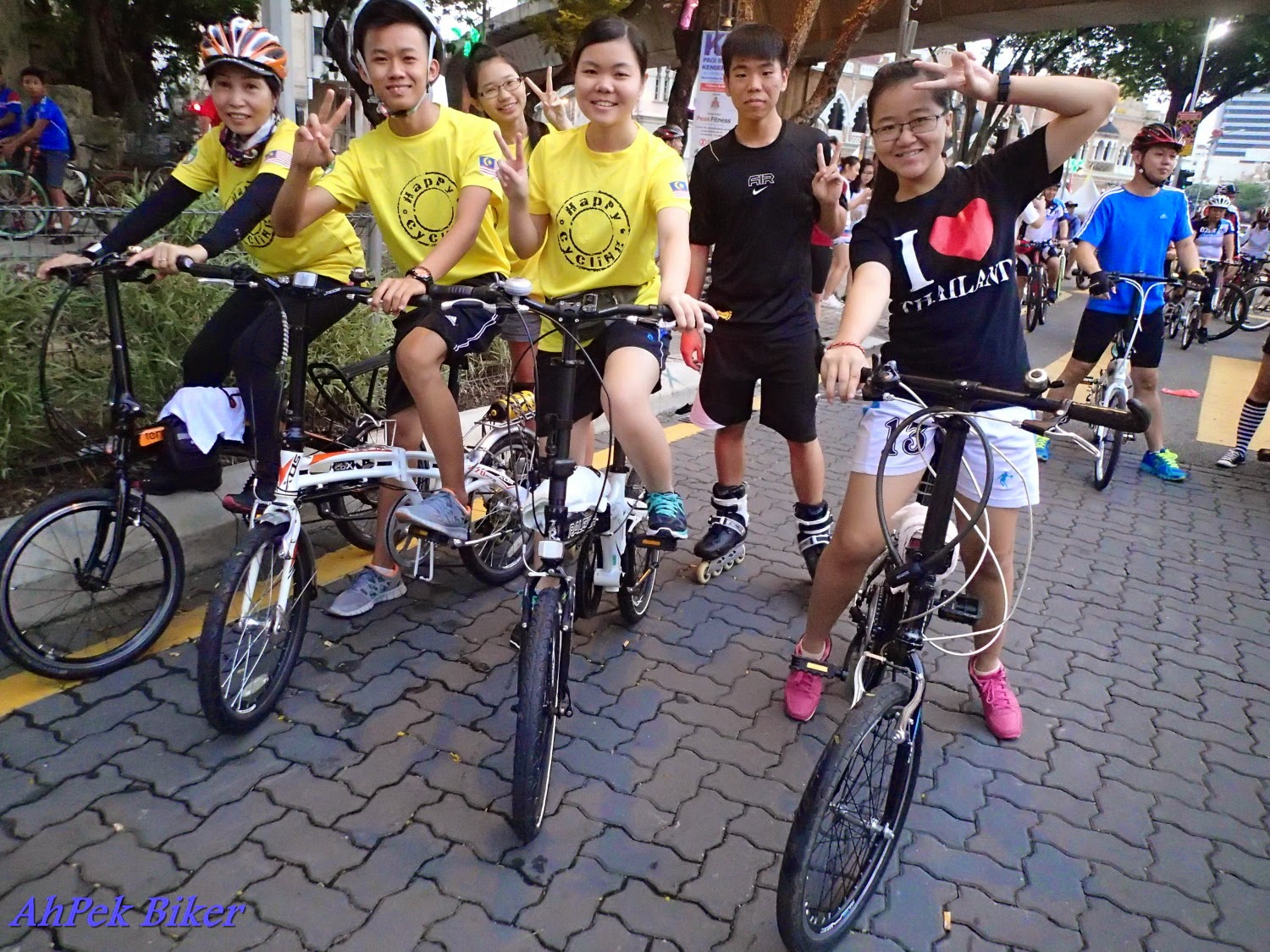 We we glad to see some cyclists and roller-bladers wearing our recently printed Happy Cycling Group T-shirts. 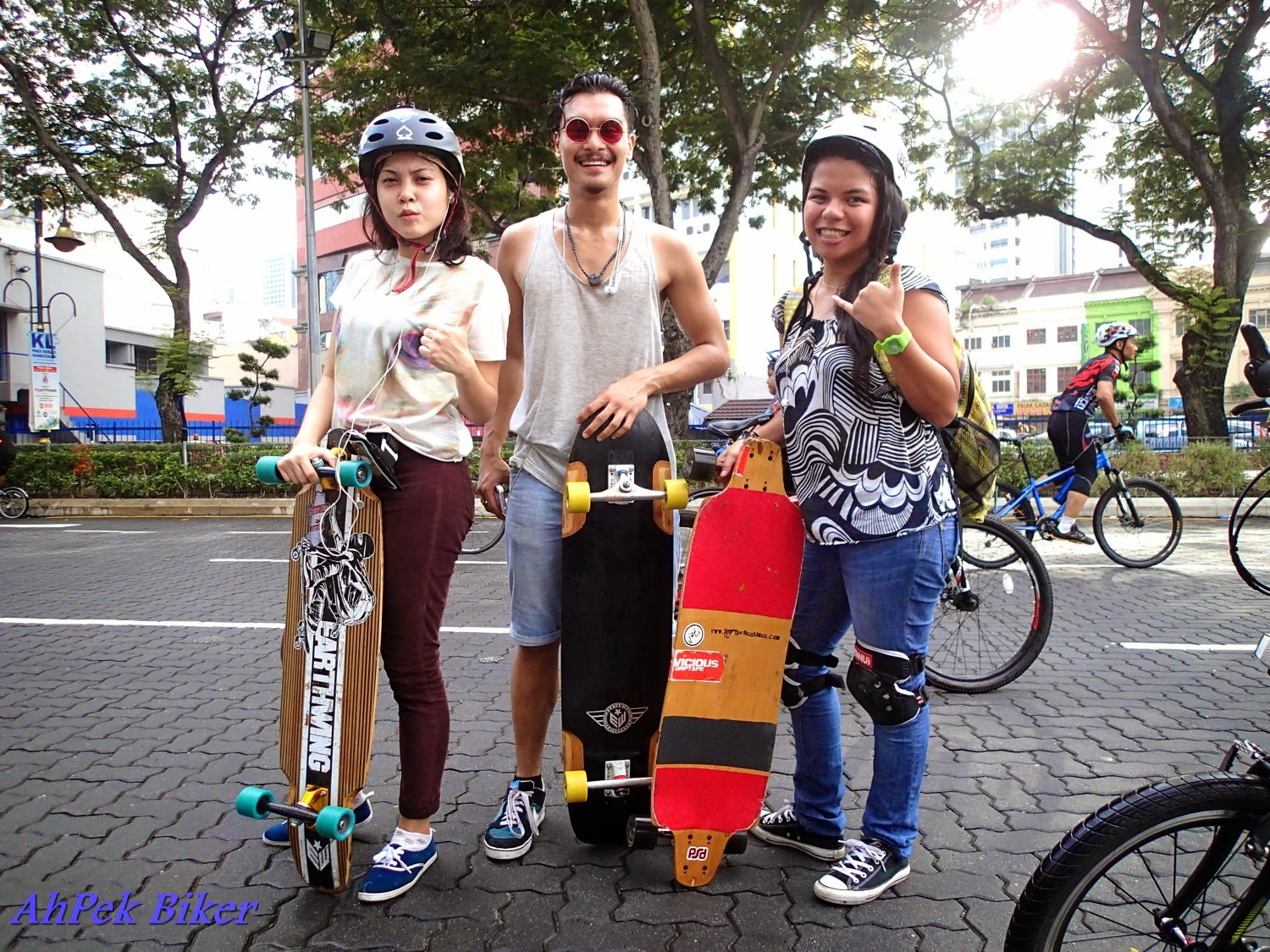 Skateboarders gearing up to go. 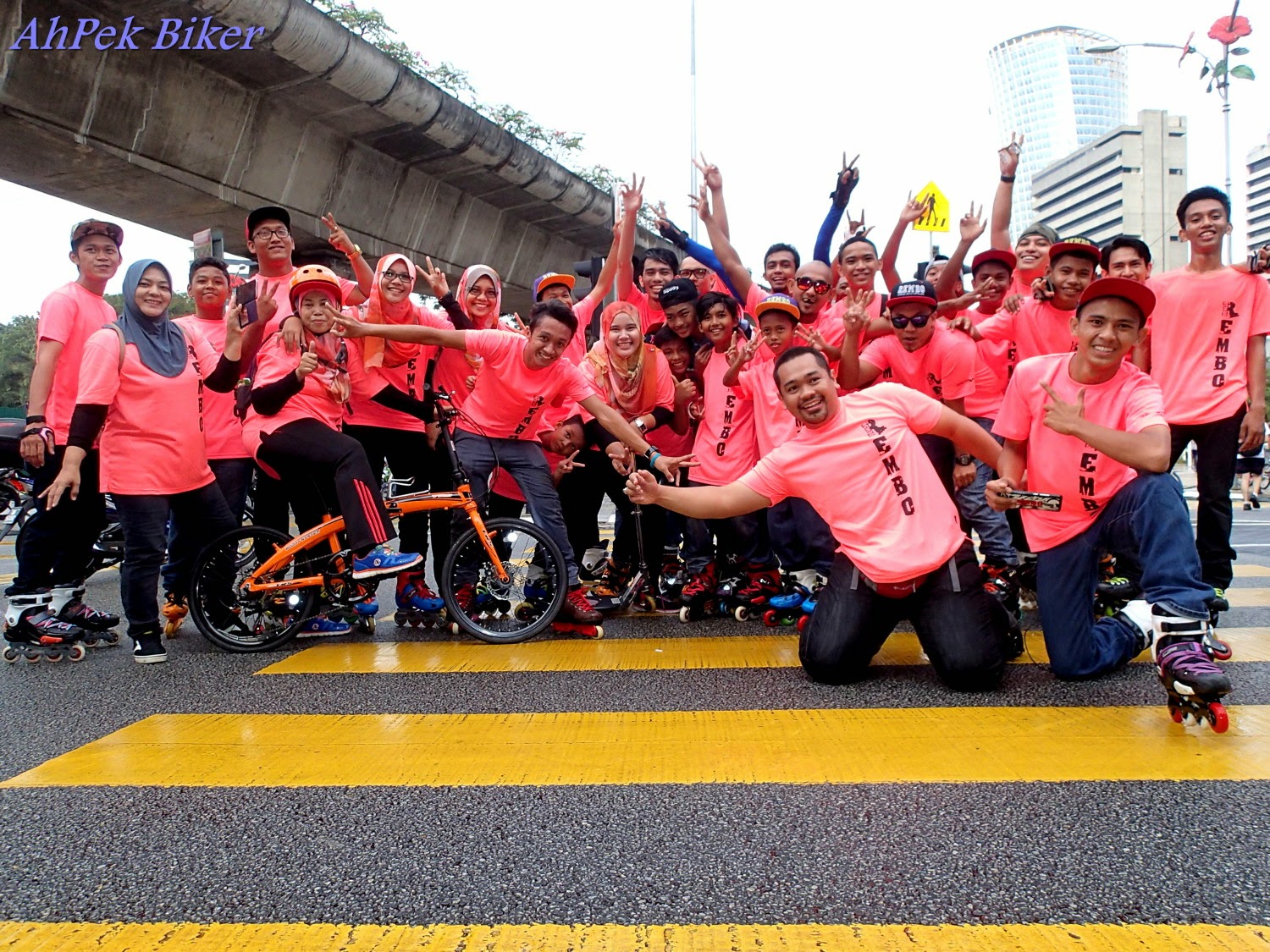 This group of roller-bladers, all wearing their group T-shirts , were also in a joyous mood. 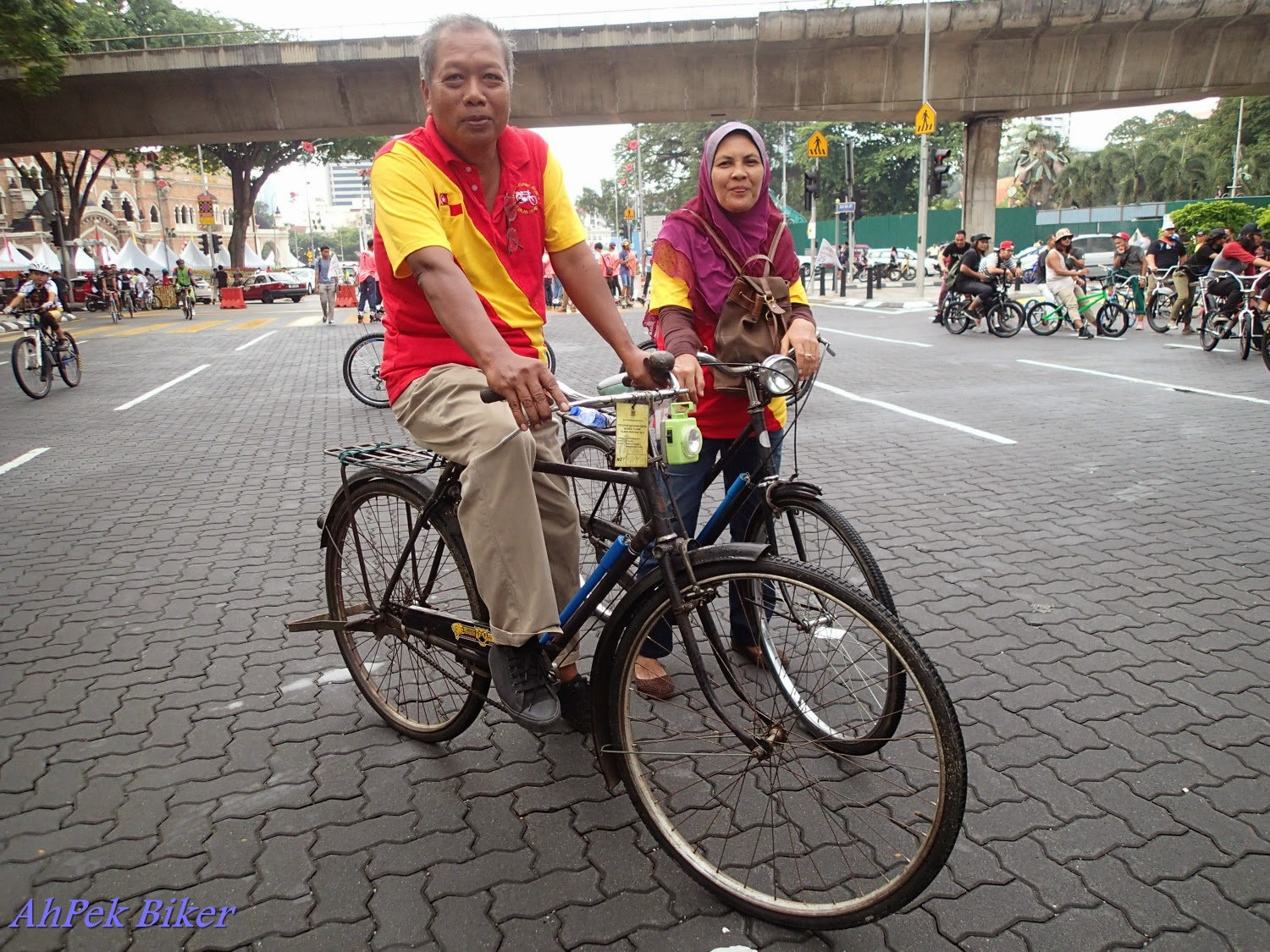 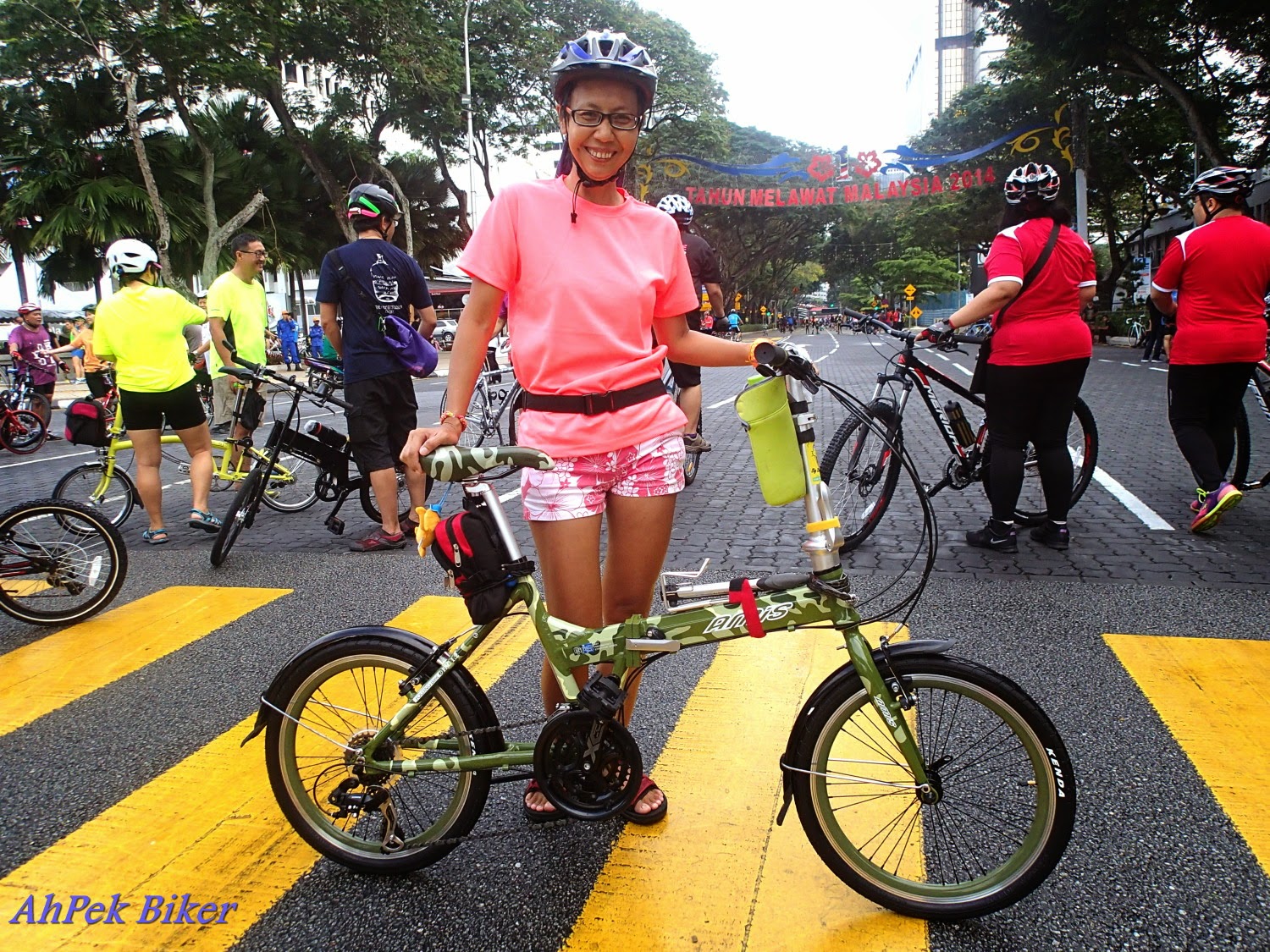 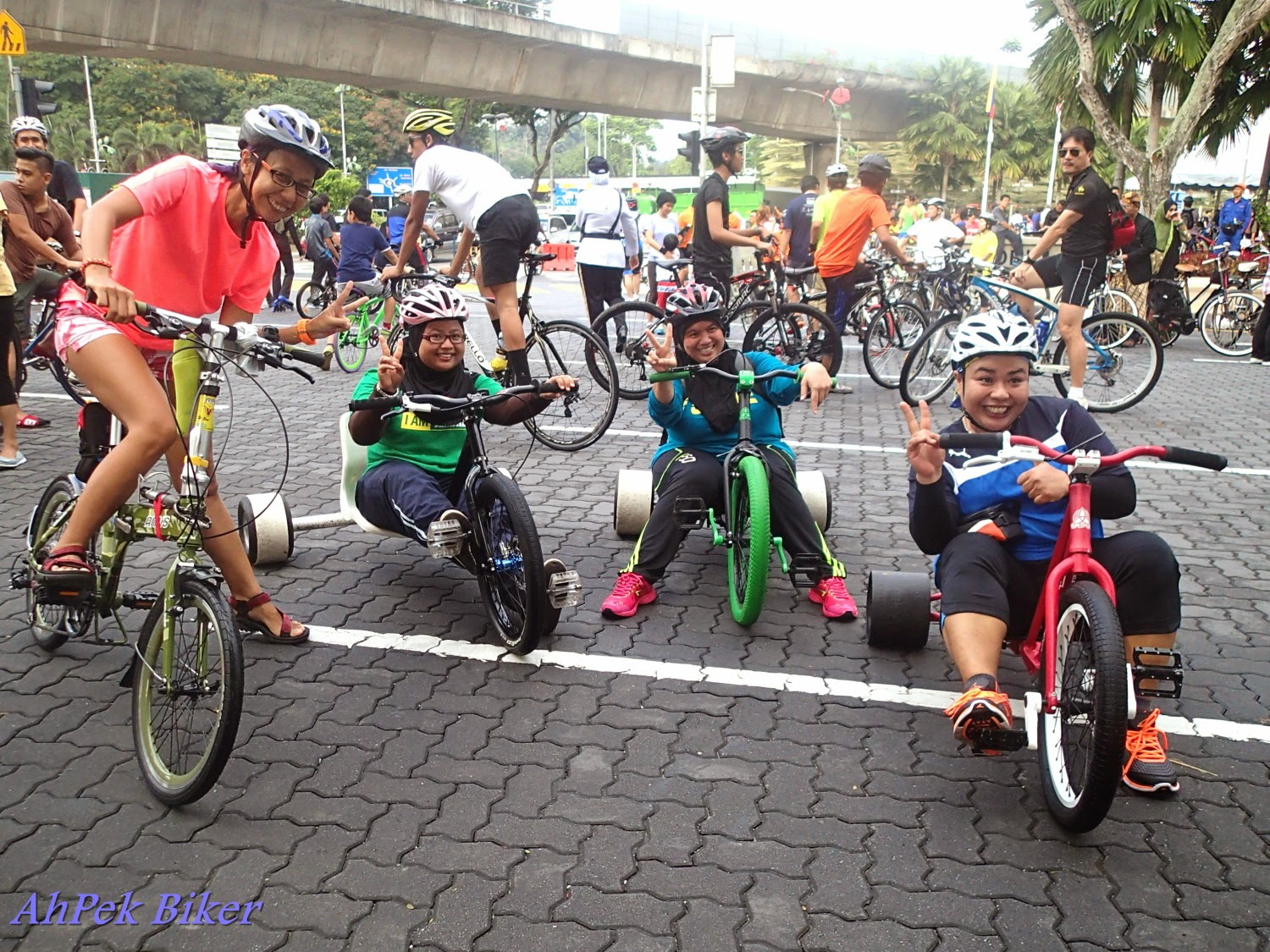 And these girls came riding odd looking contraptions that looked like a hybrid between a tricycle and a go-cart, complete with bucket seats. 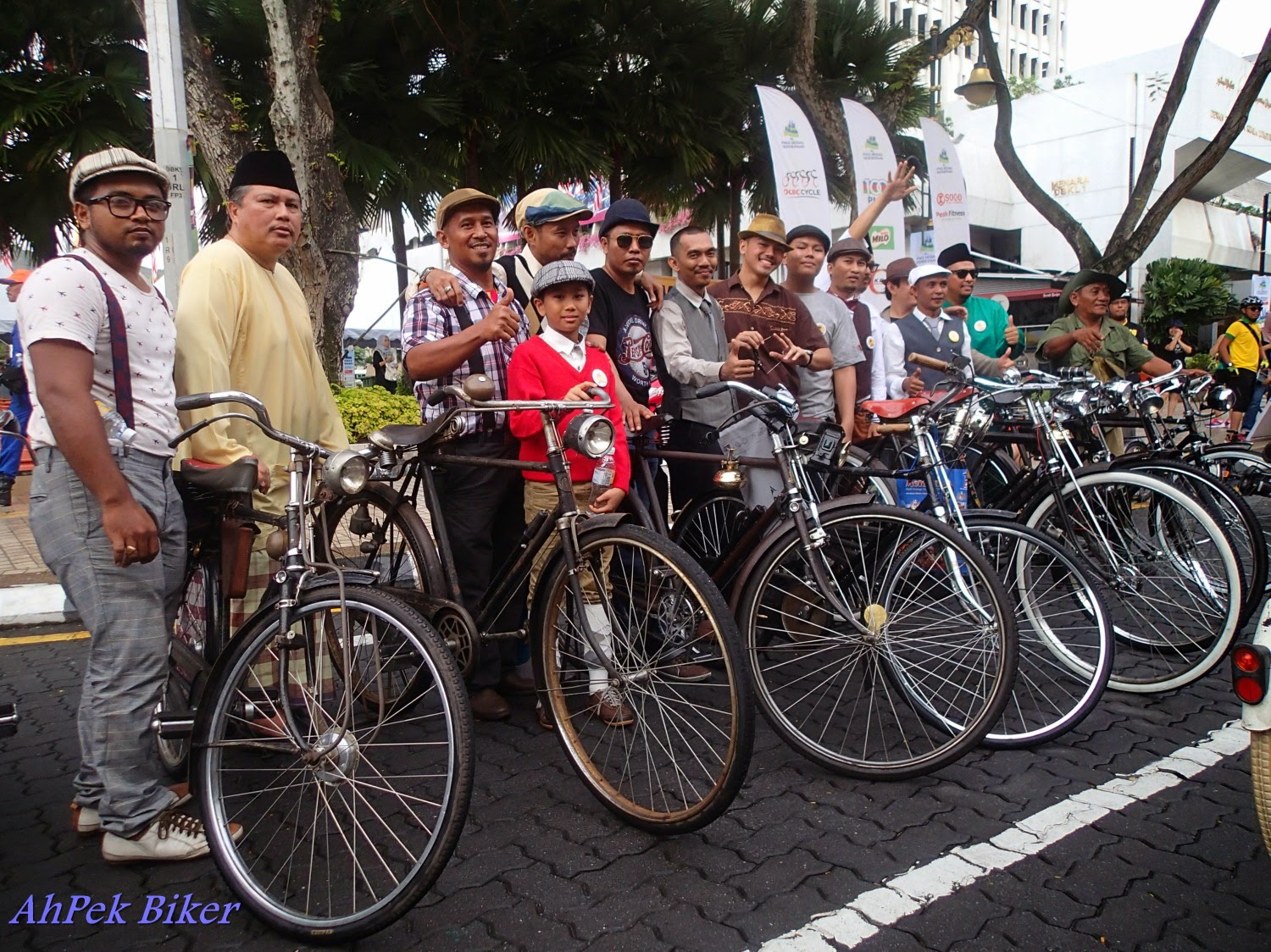 This group came dressed like they came out from the past (in 1950's costumes) and riding refurbished old bicycles. 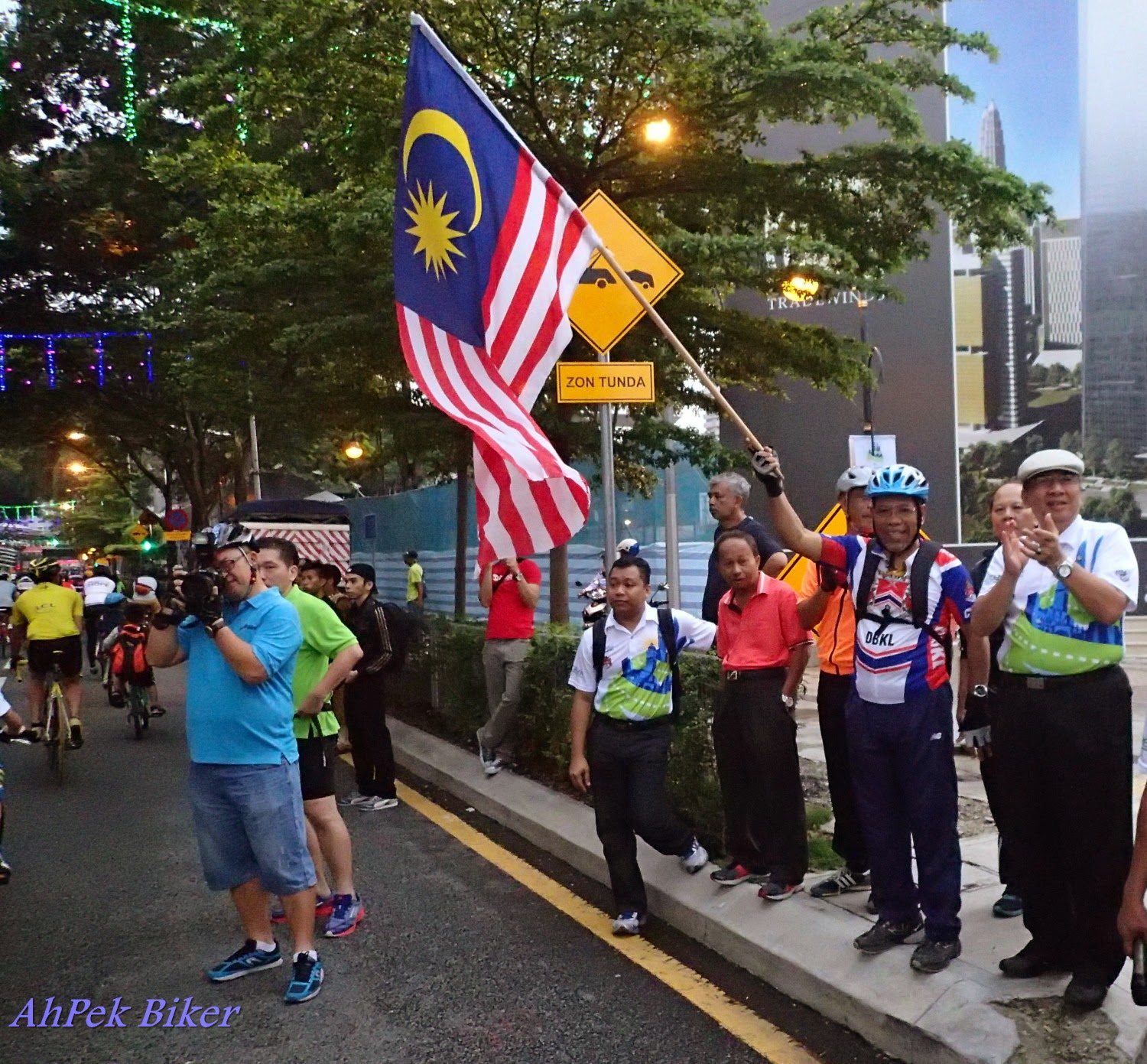 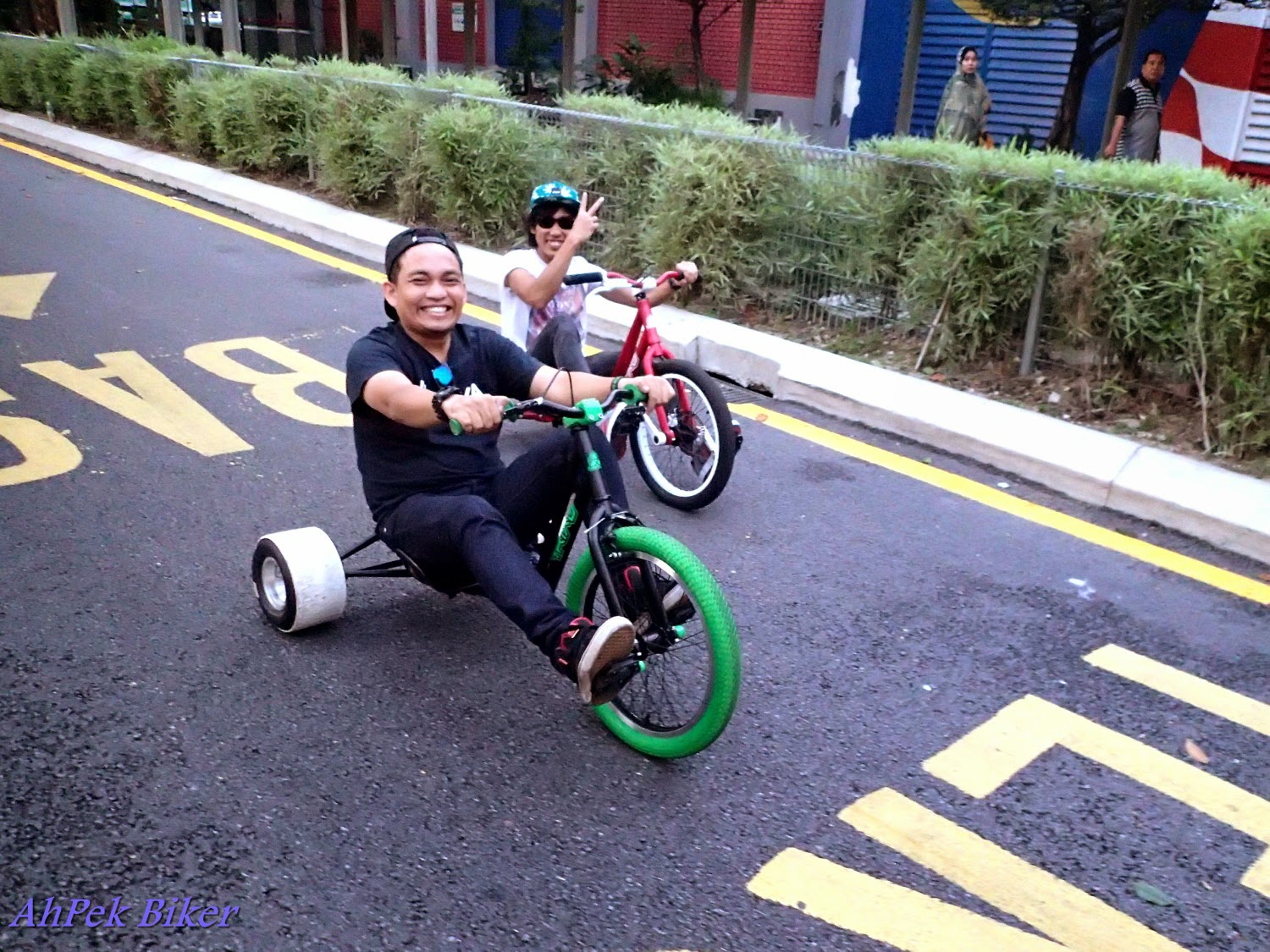 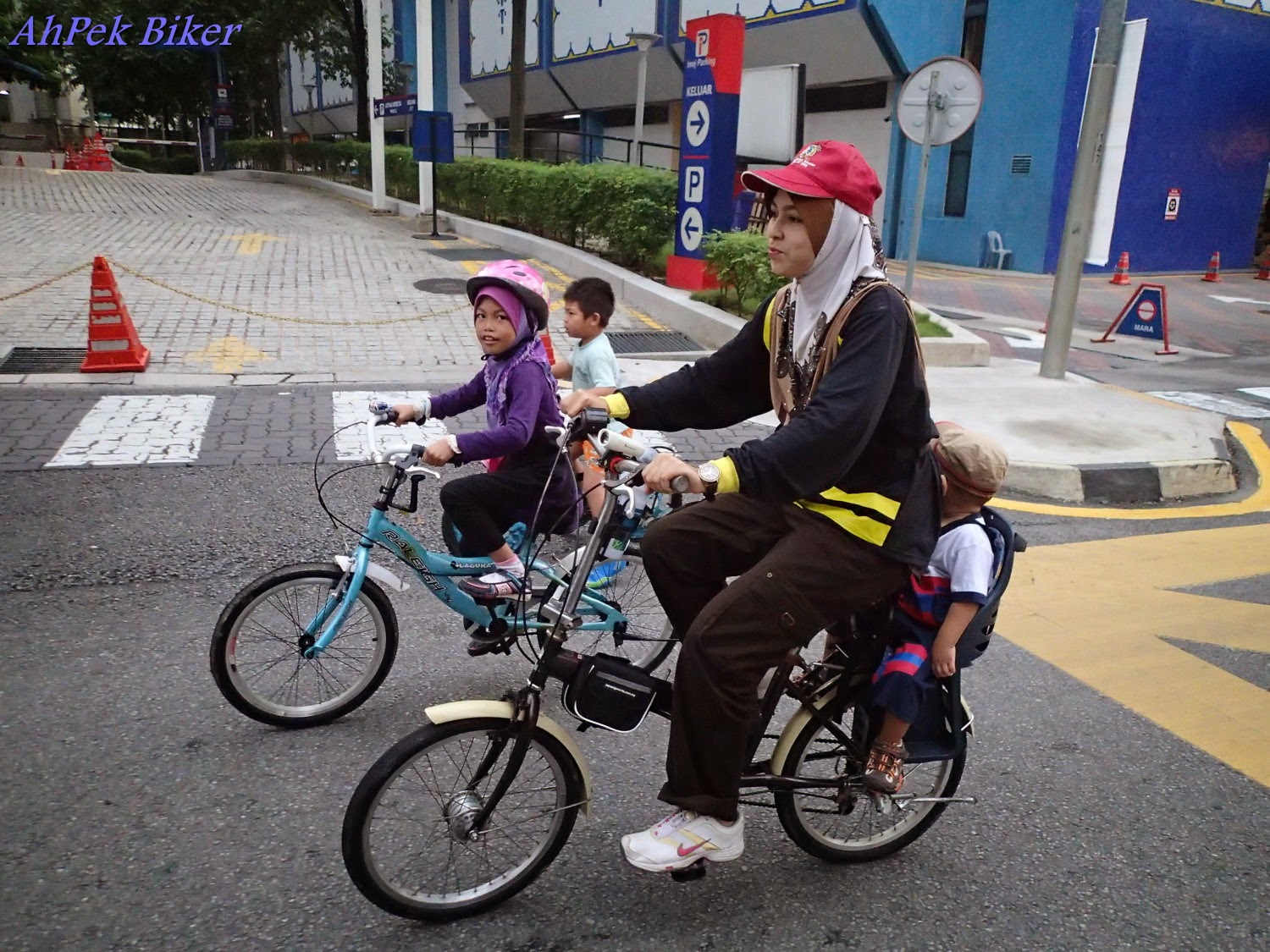 A mother with her children; the youngest one to young to cycle is carried by the mother in a baby seat. 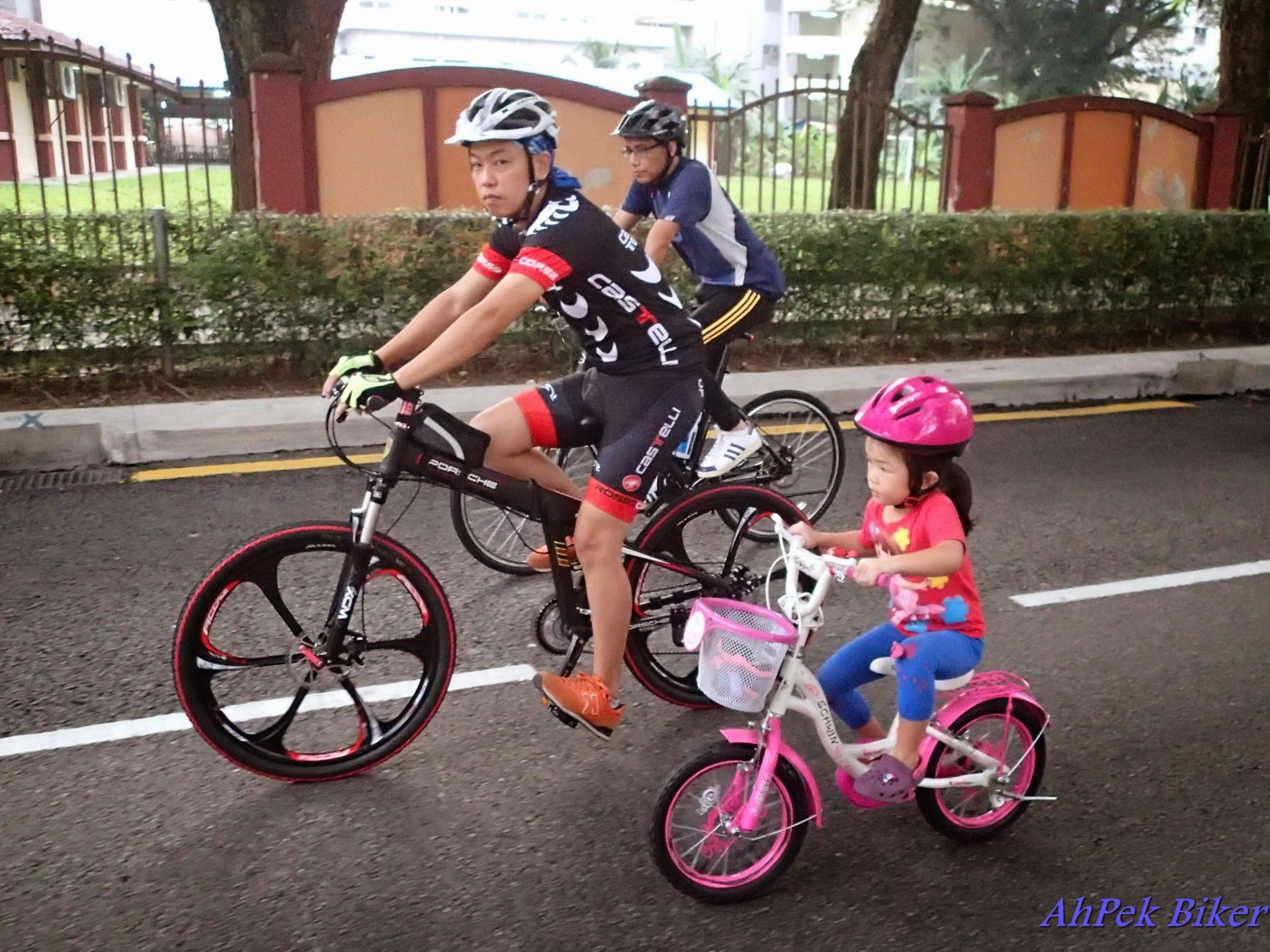 A little girl slowly pedalling her pink little pink bicycle under the watchful eye of her father. 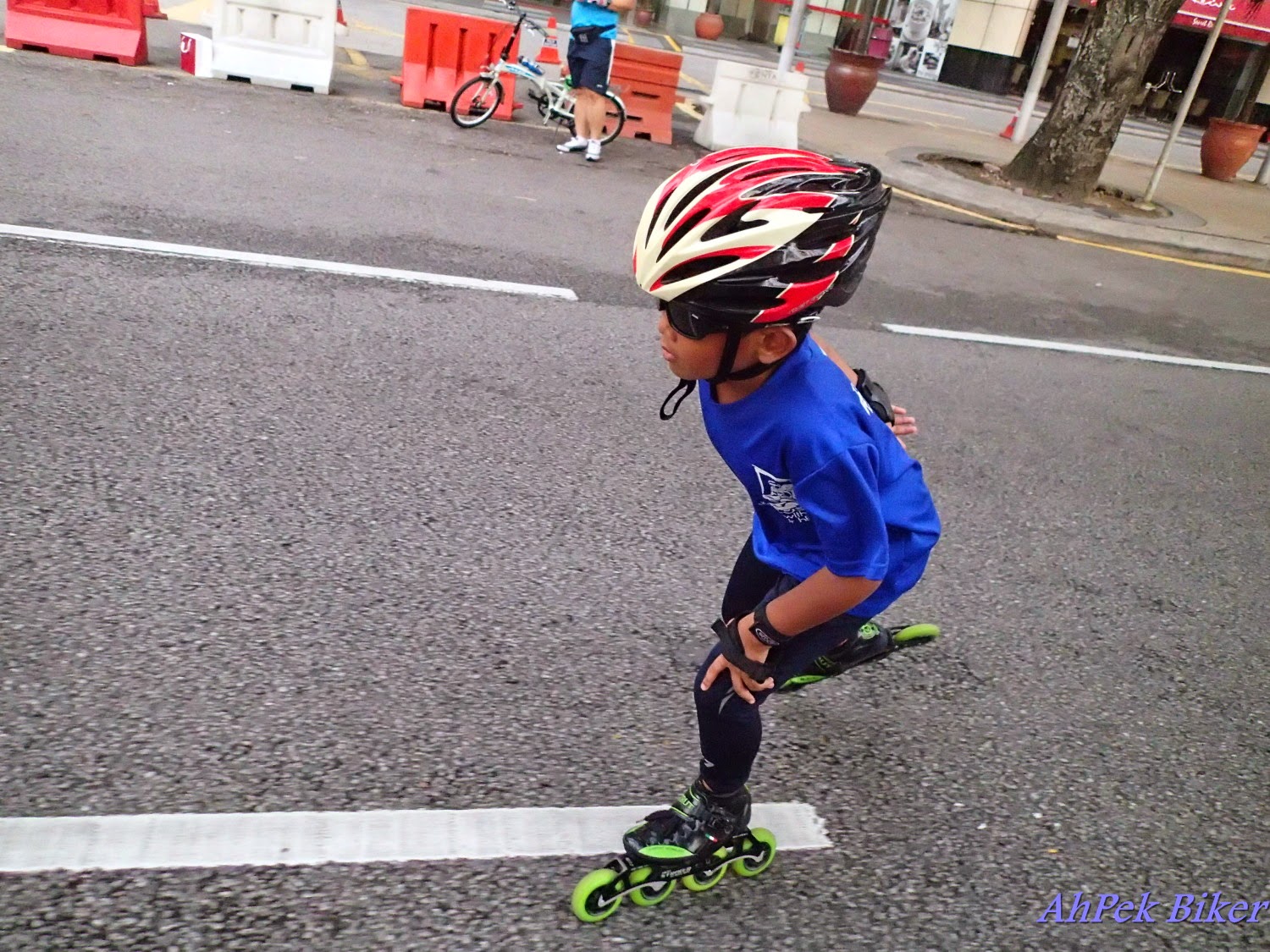 This young in-line skater went on coolly, unperturbed by the activity around him. 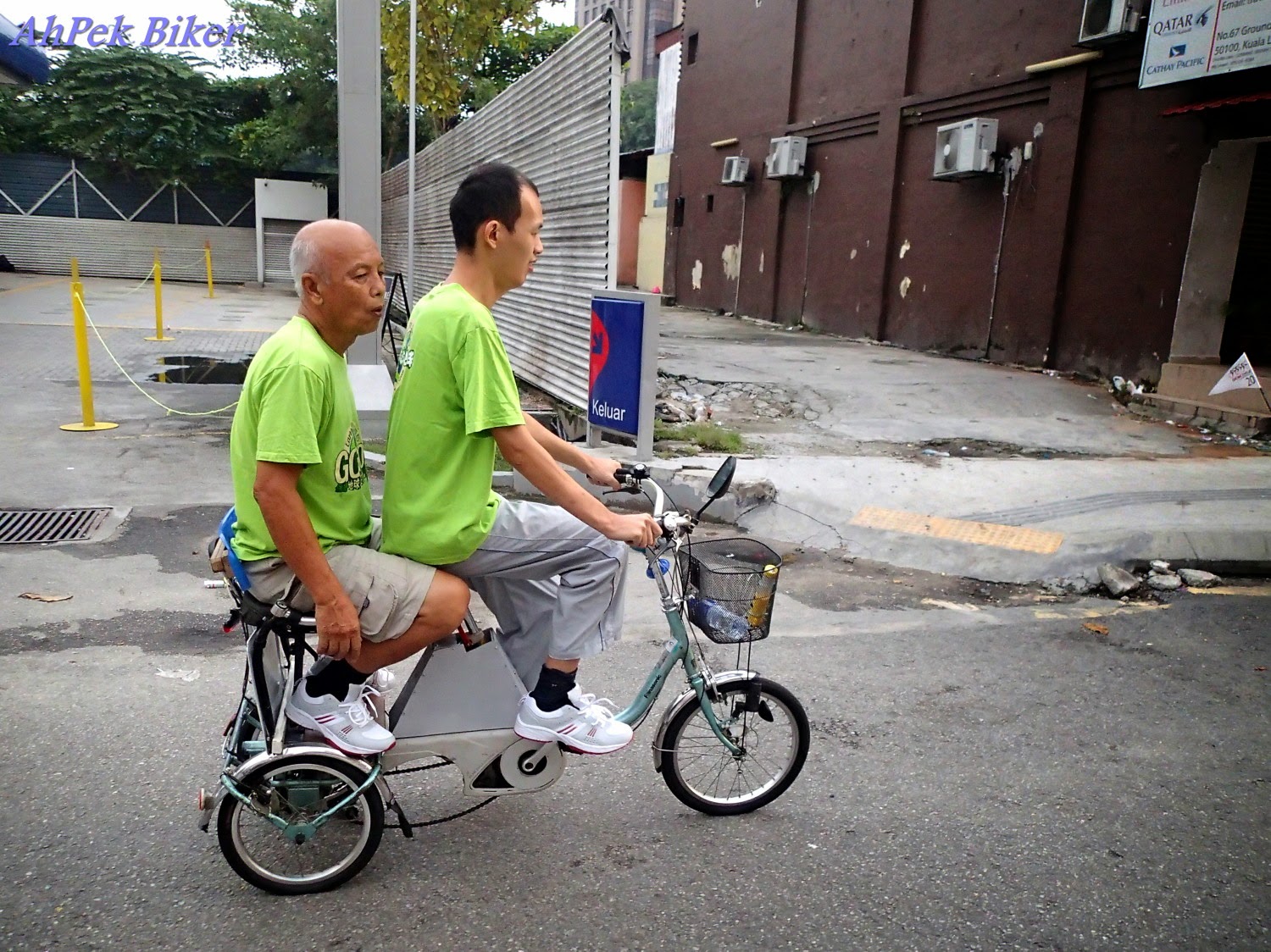 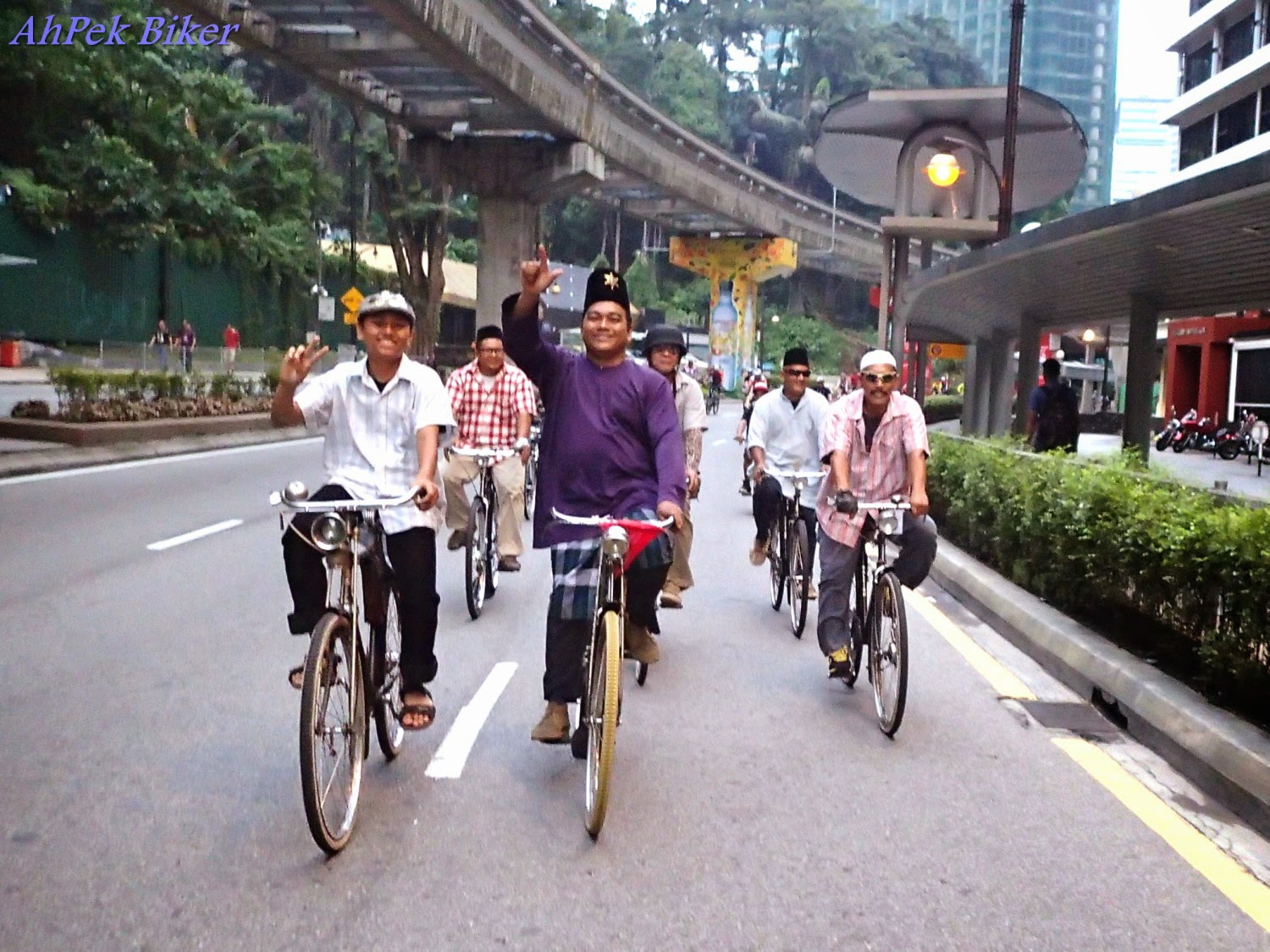 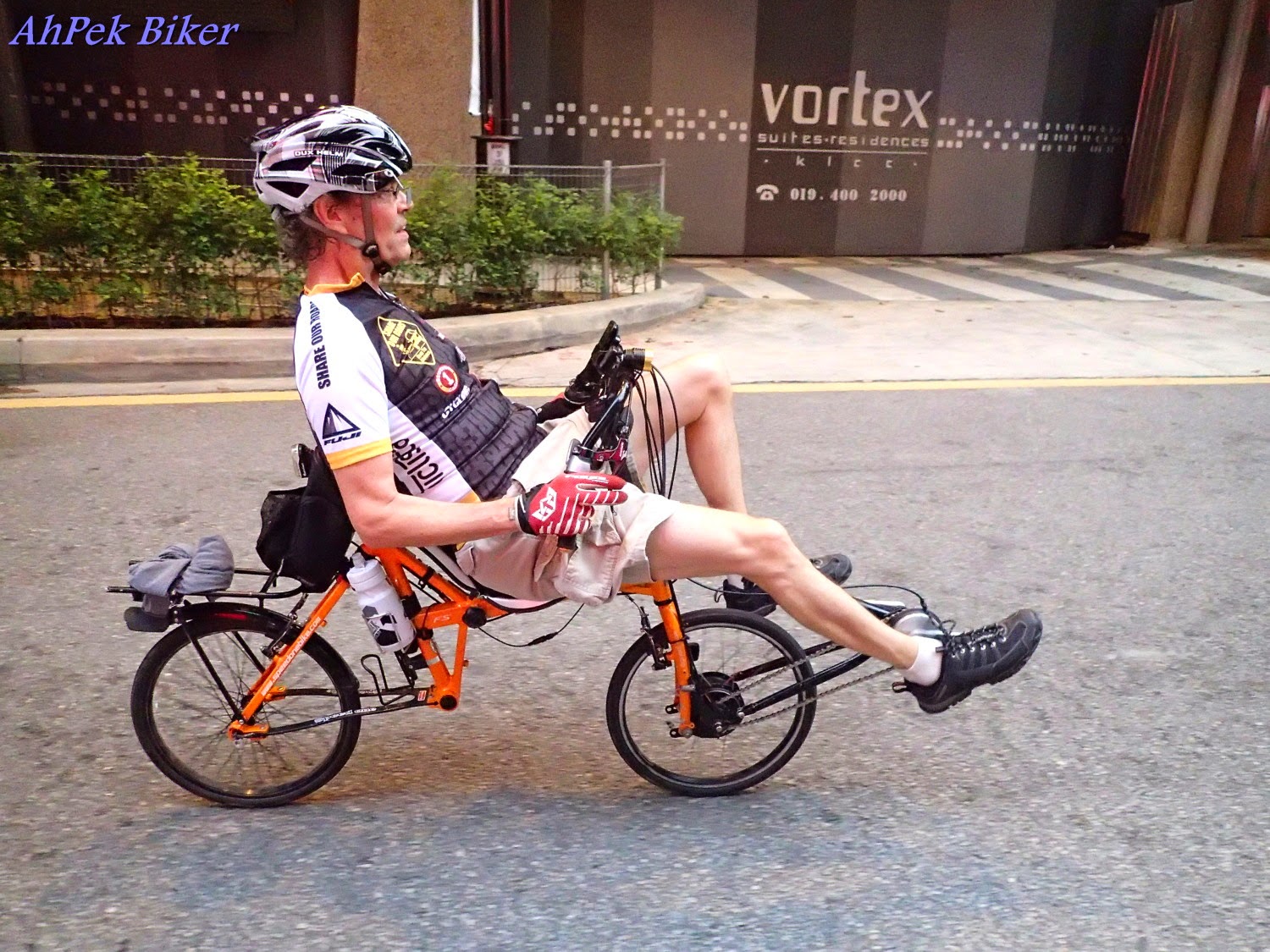 Christian is back, cycling his recumbent furiously with an appropriate "Vortex" sign in the background. 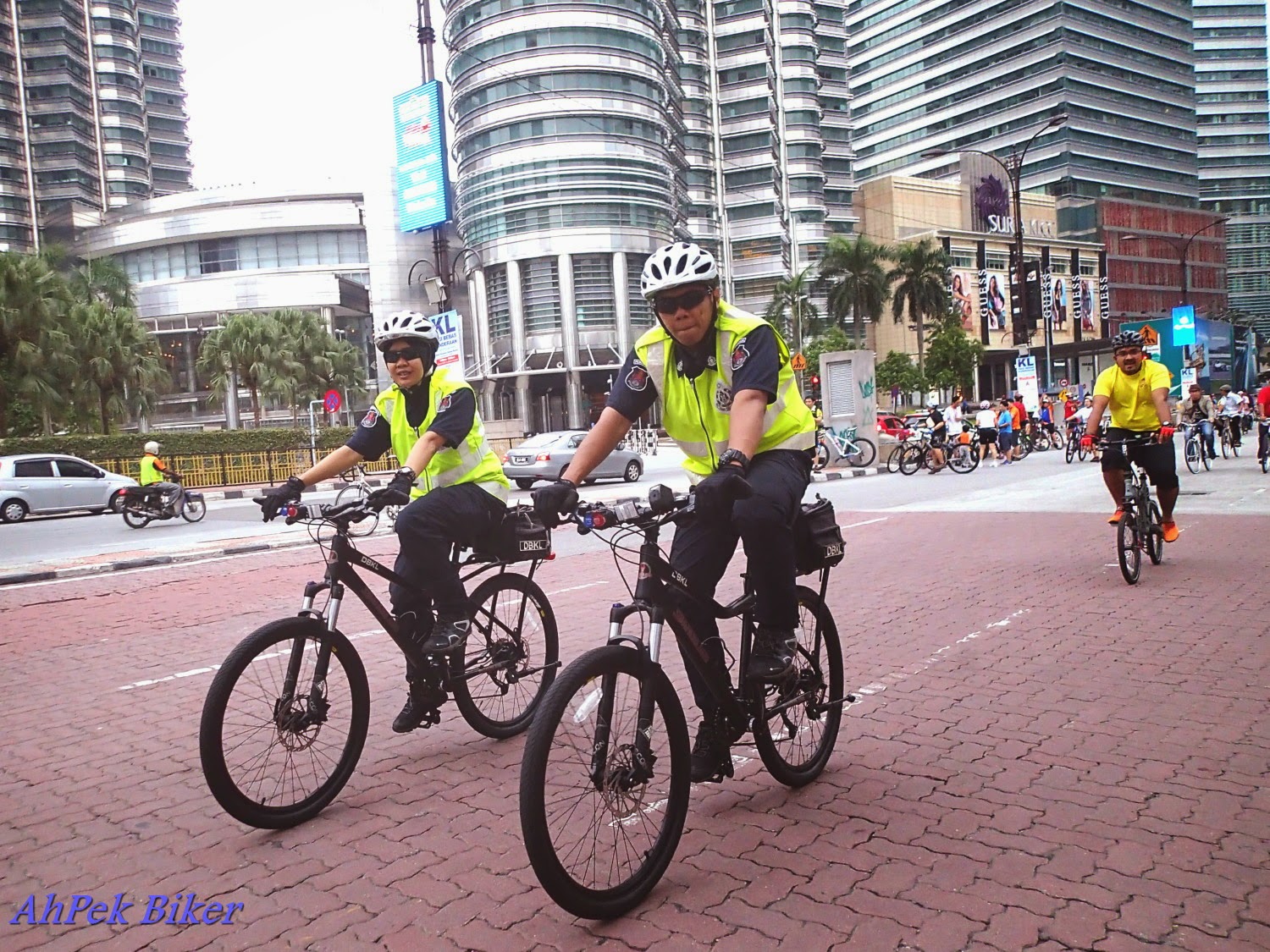 Cityhall's Cyclist officers were around, acting as marshals to ensure that all went smoothly... 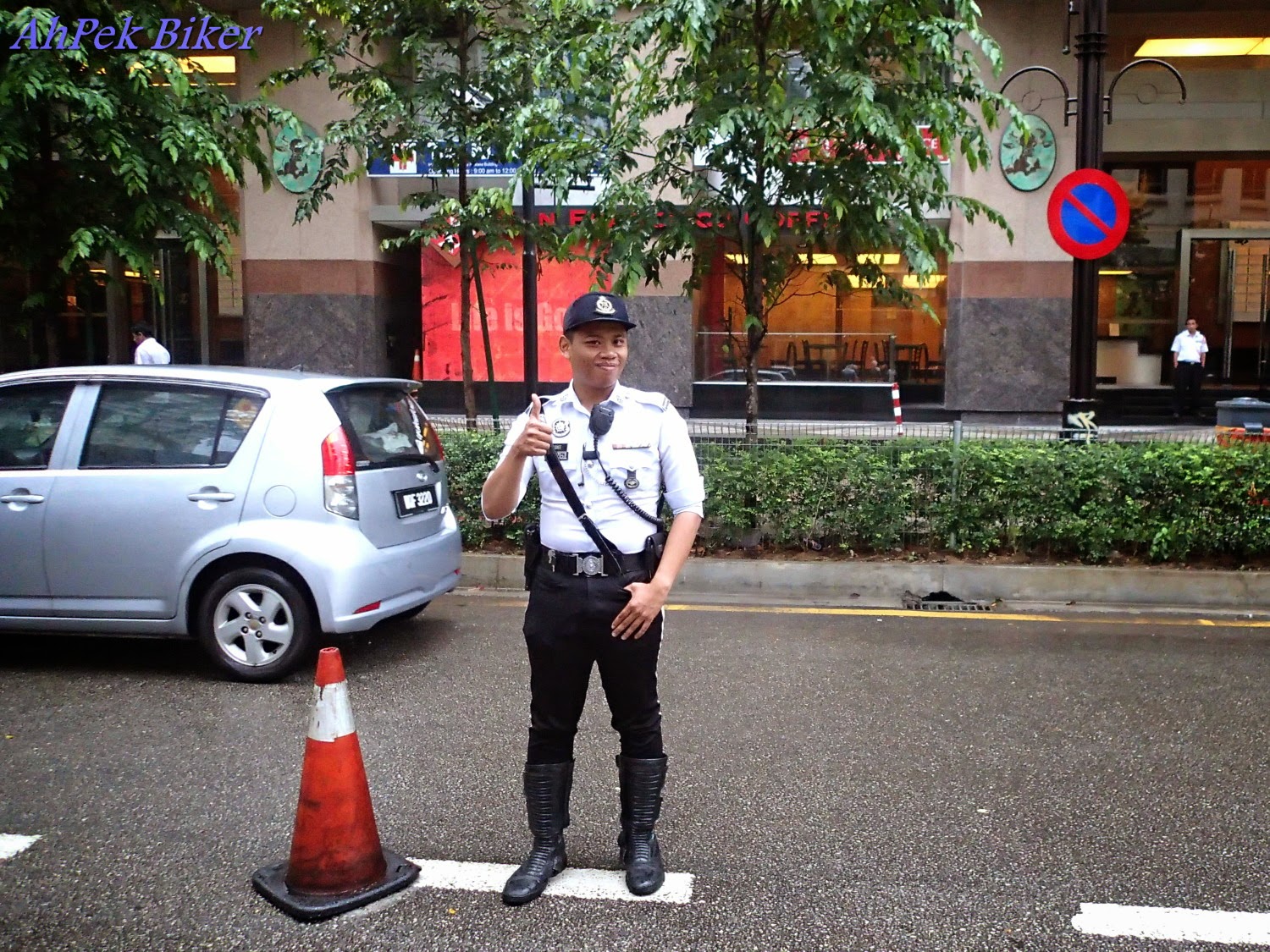 ... so did a happy winking policeman. 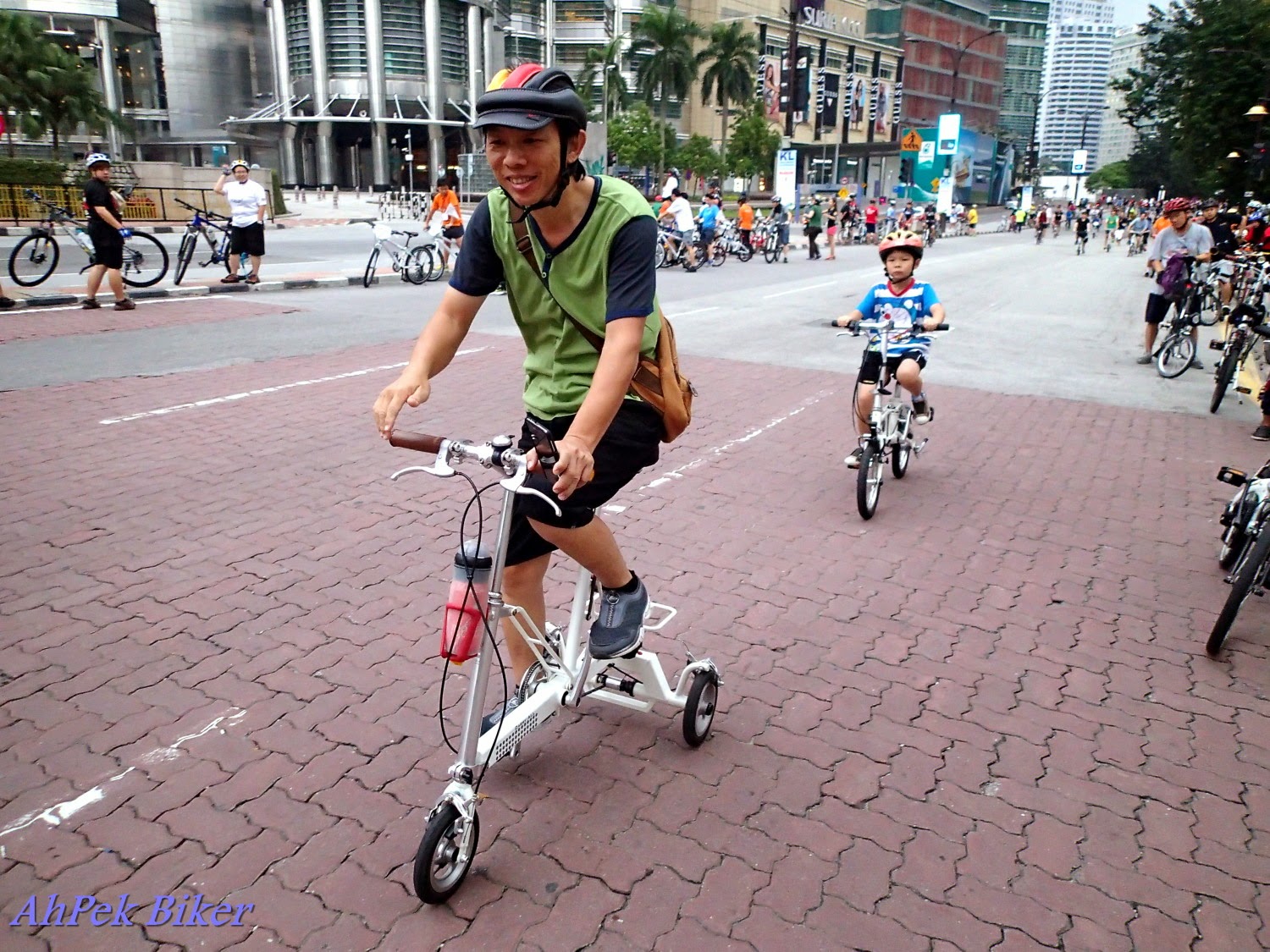 A man on a small wheeled tricycle leading his young son. 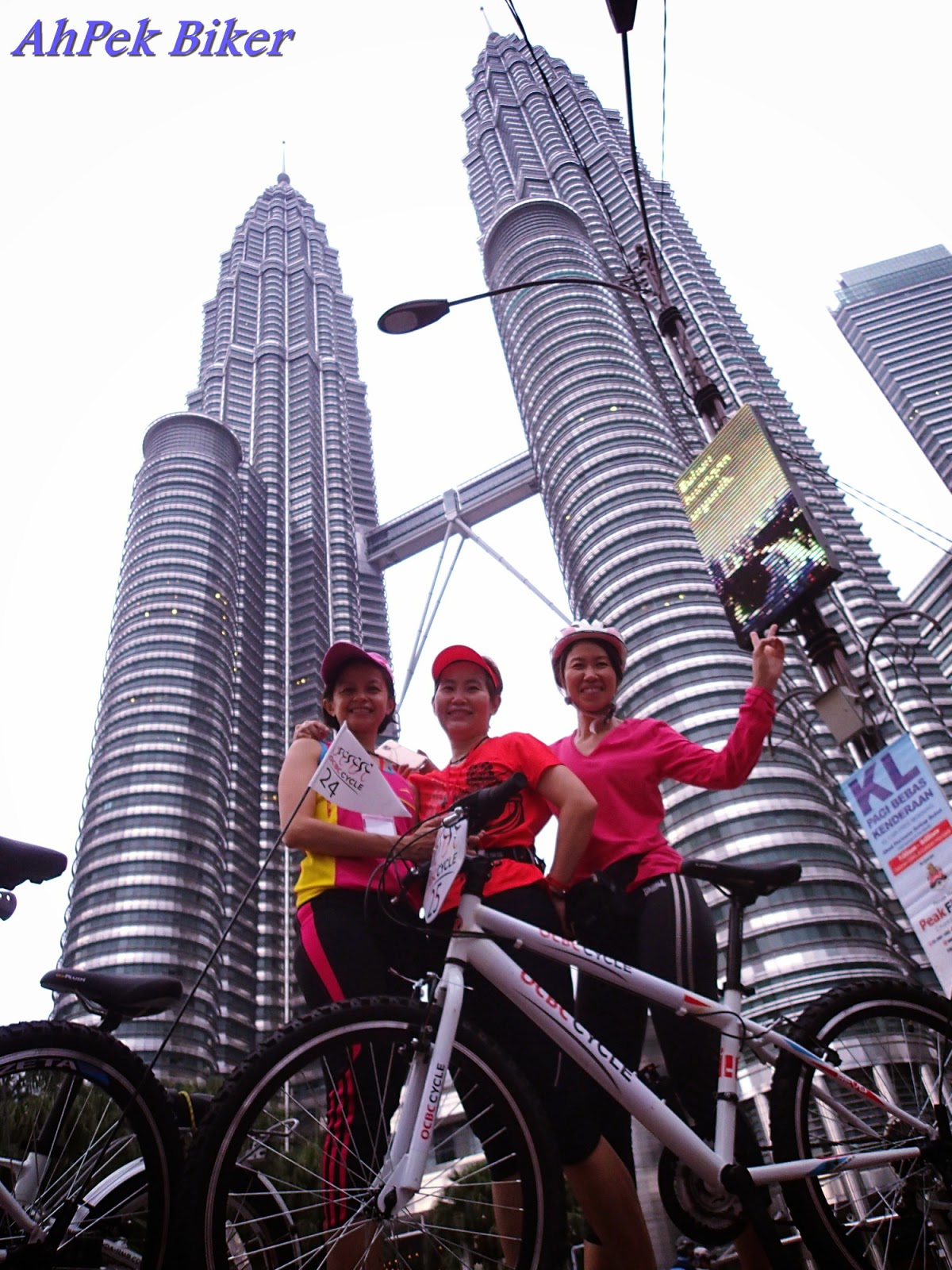 Many stopped at the iconic Petronas Twin Towers to take photos of themselves with the towers soaring in the background. 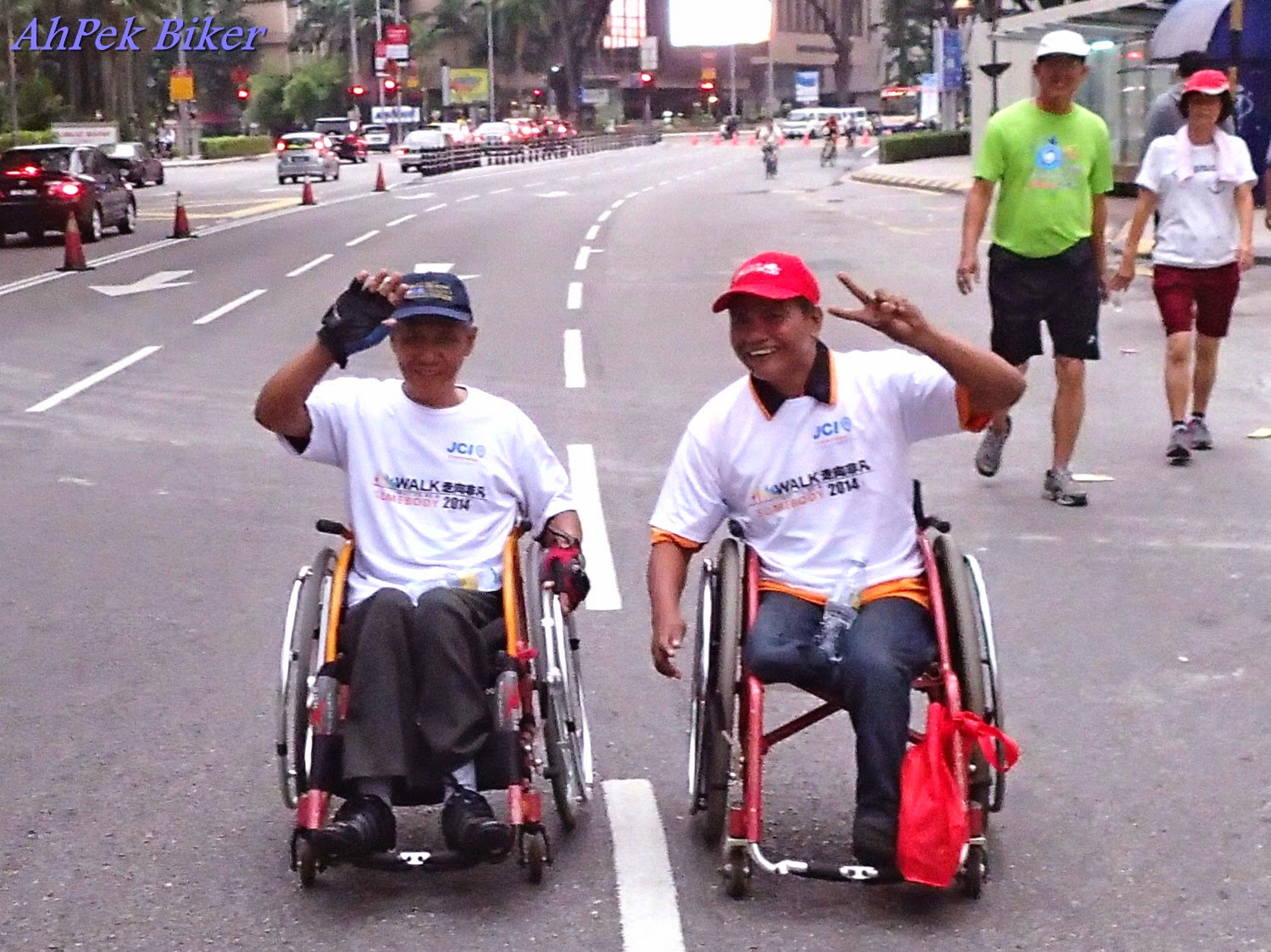 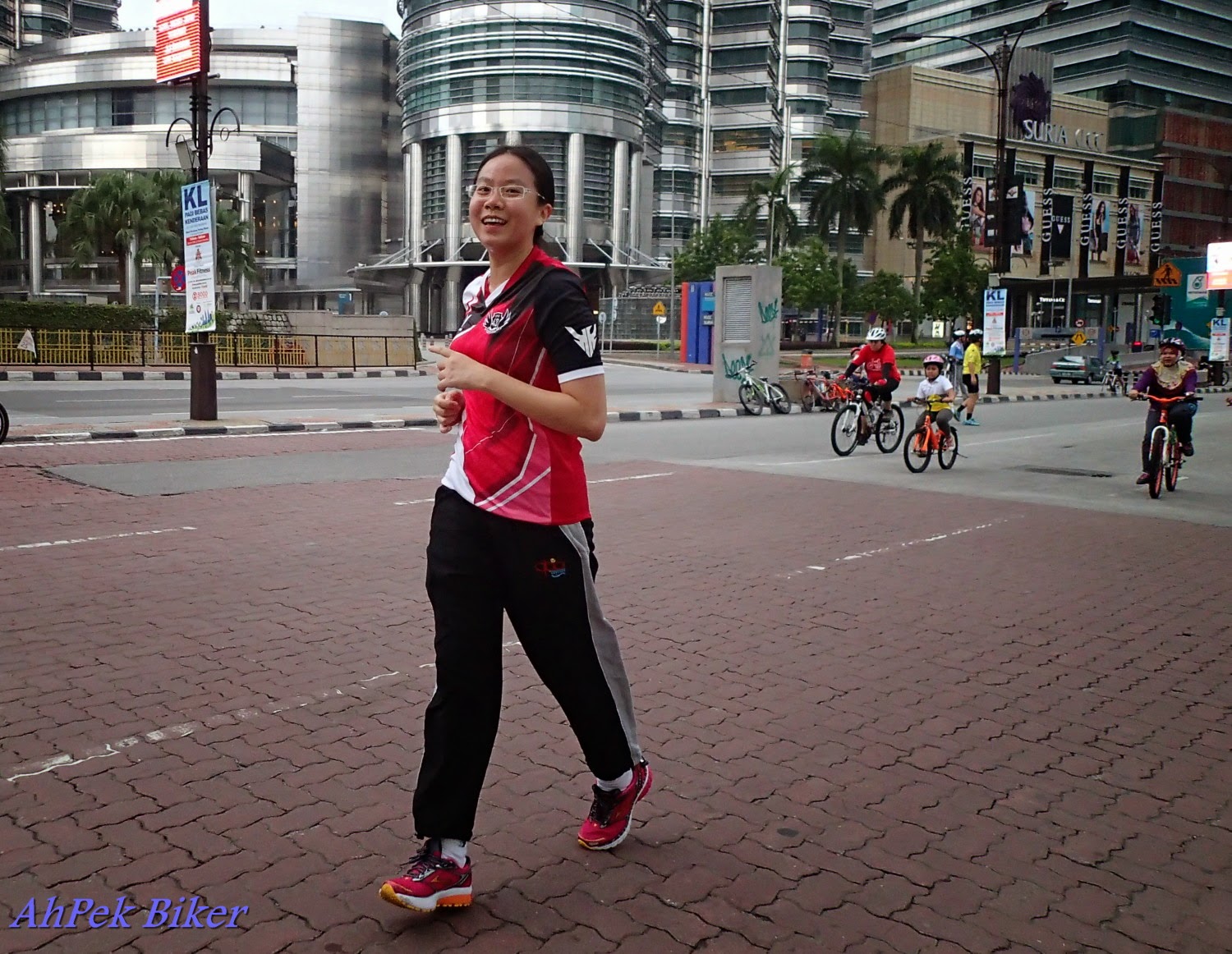 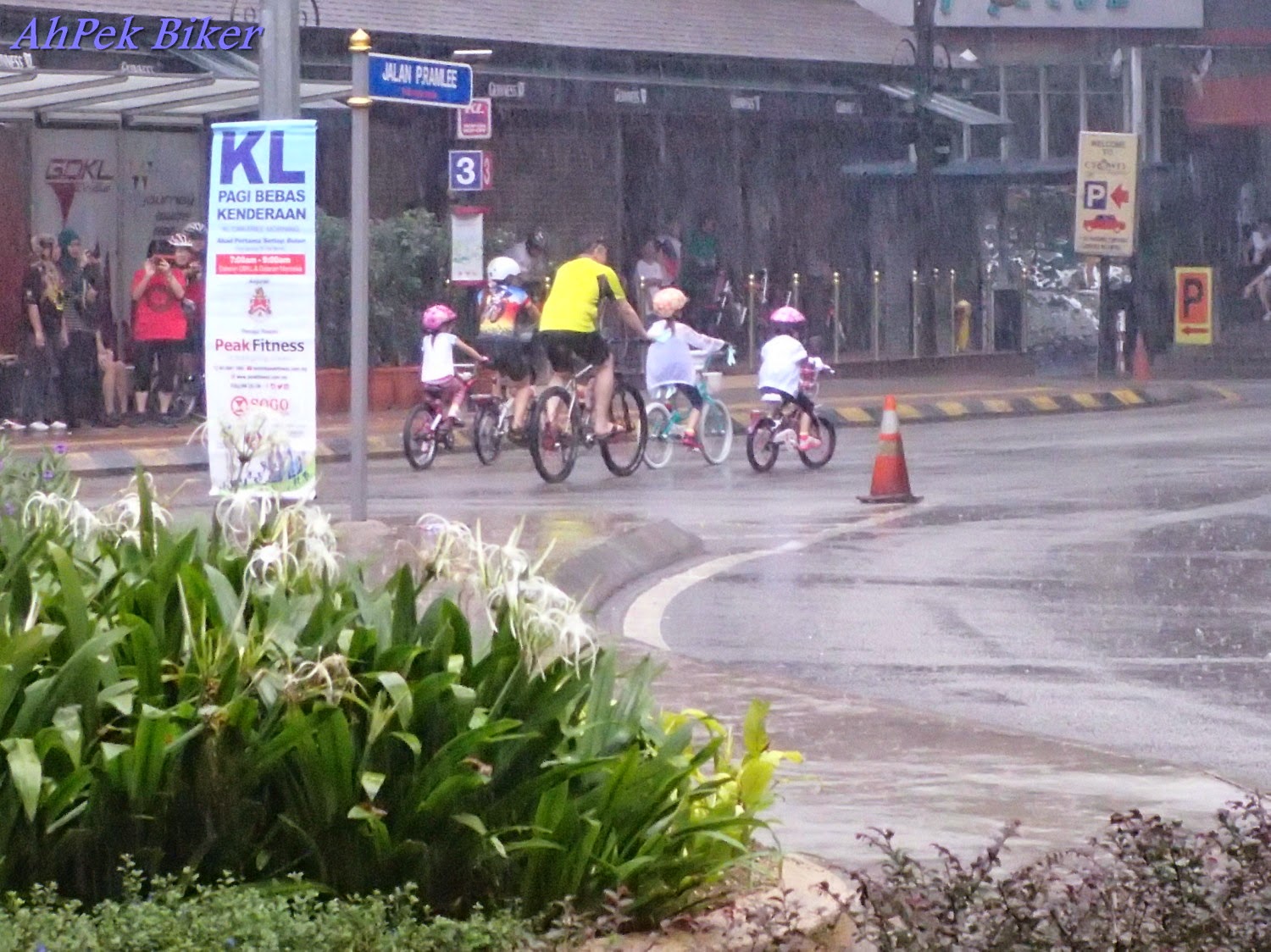 AND so did the rain! 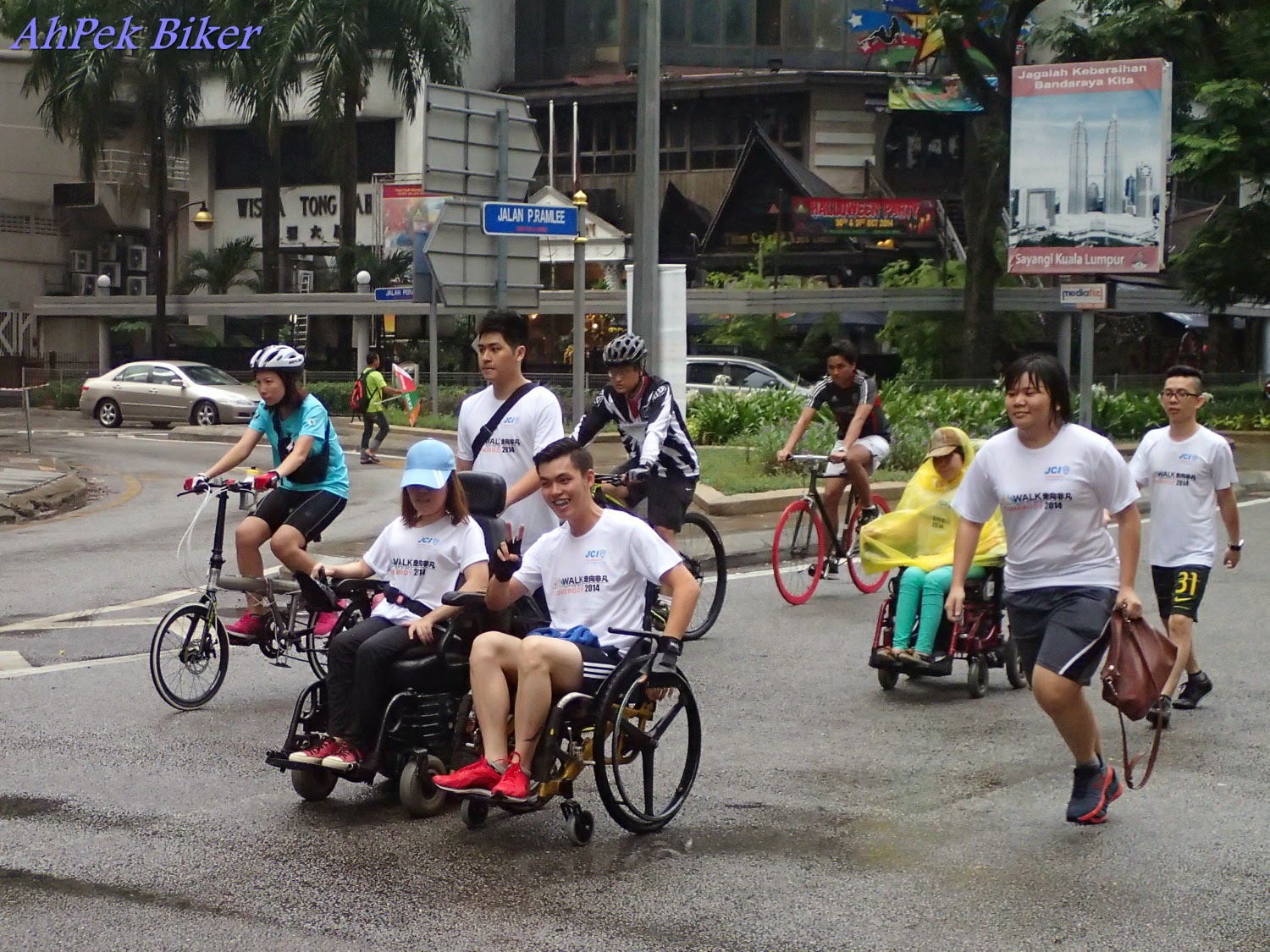 But none of us were deterred by the rain; some stopped to wait off the rain, most just continued on - some in rain coats, some in none. 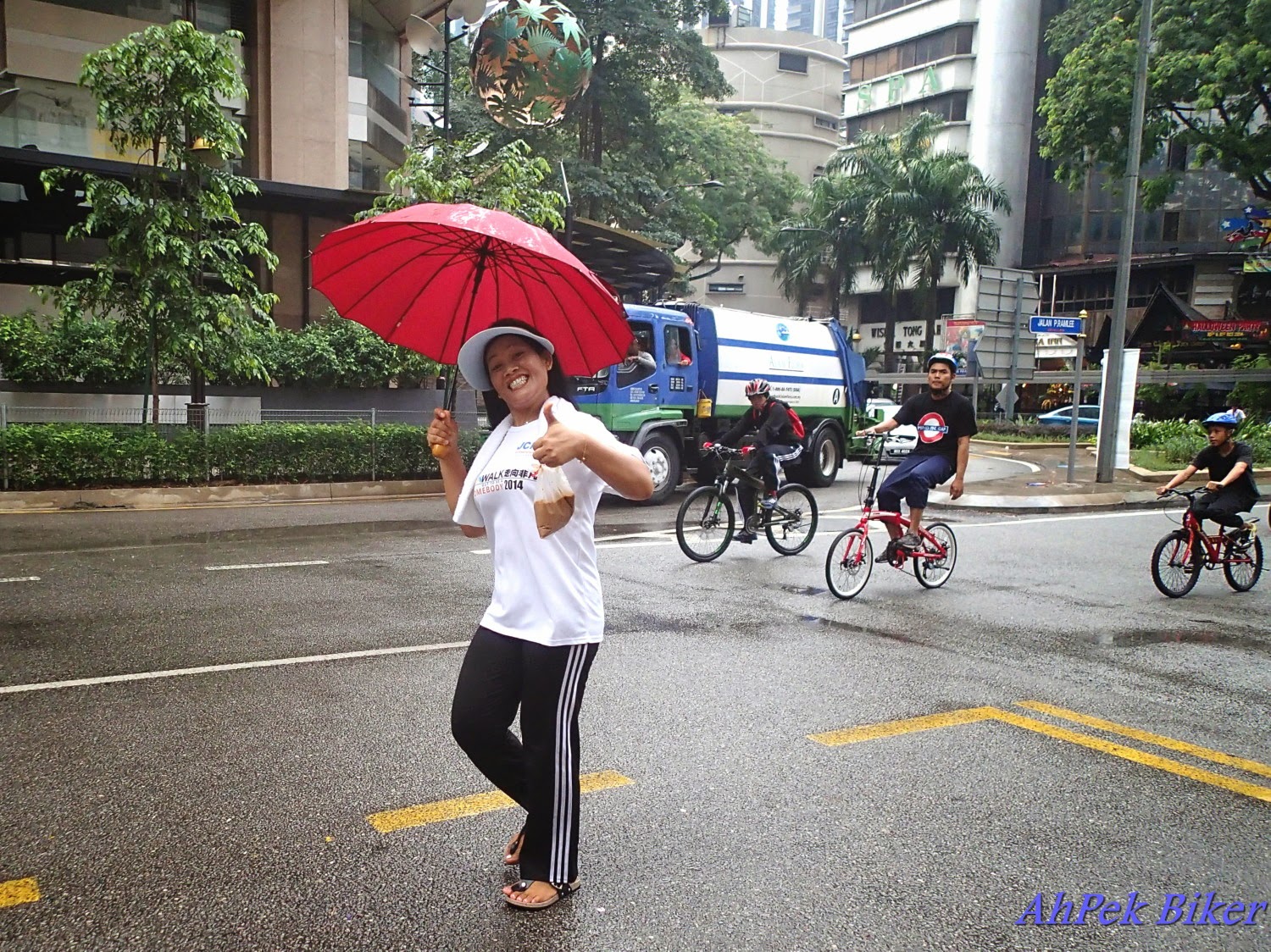 And some just cheerfully continued with their umbrellas. 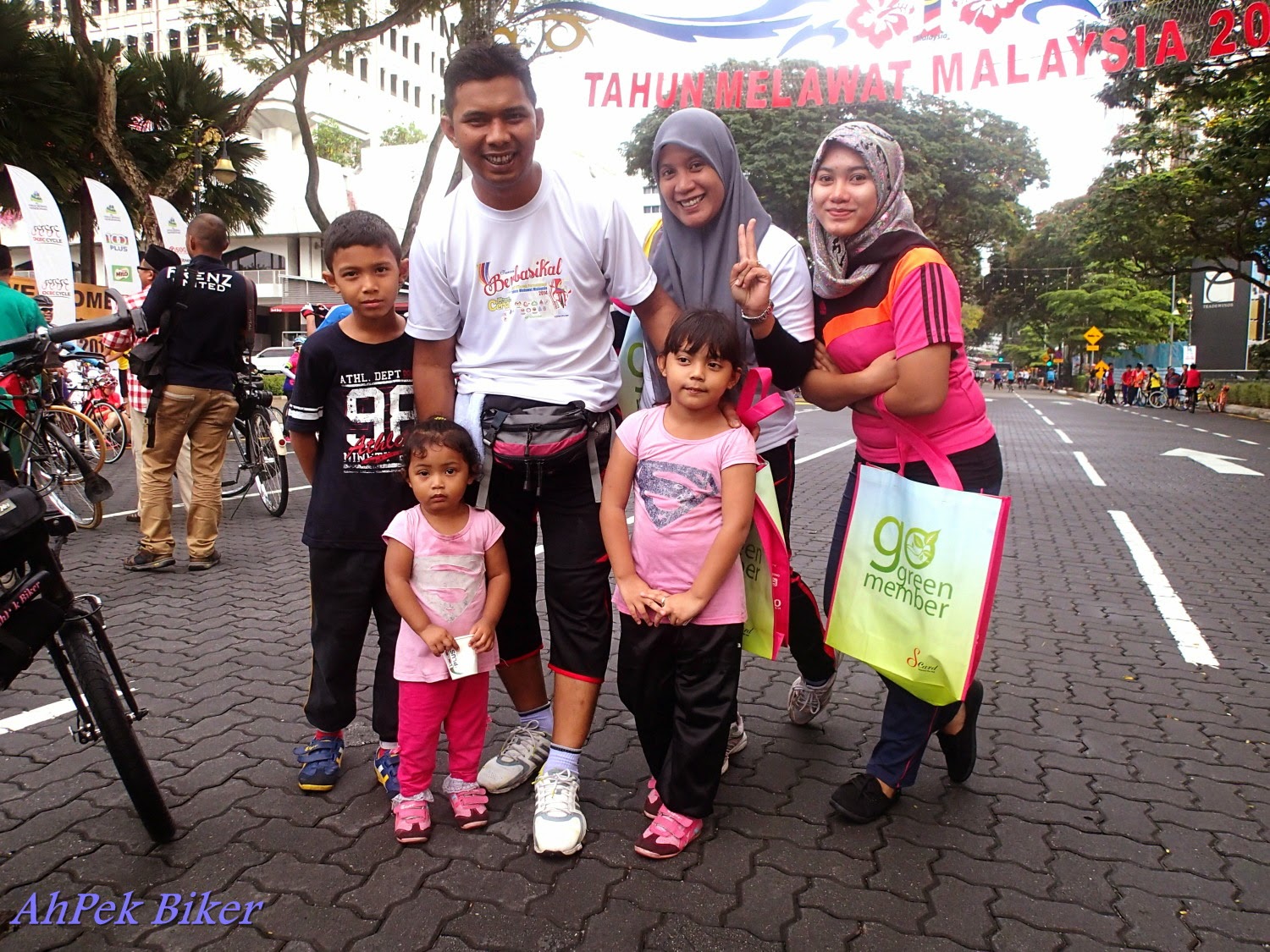 Yes, it was a cheerful day.
It was a family day of sorts.
It was a day where people, young or old - irrespective of race, culture or religion - came to mingle happily with each other.

You are at - Jotaro's Blog / AhPek Biker / Cycling Malaysia / Kuala Lumpur / KL Car Free Day November 2014
If you like this, view my other blogs at Jotaro's Blog
(comments most welcomed below. if you like this pls share via facebook or twitter)
Posted by Jotaro Zen at 1:35 PM No comments: