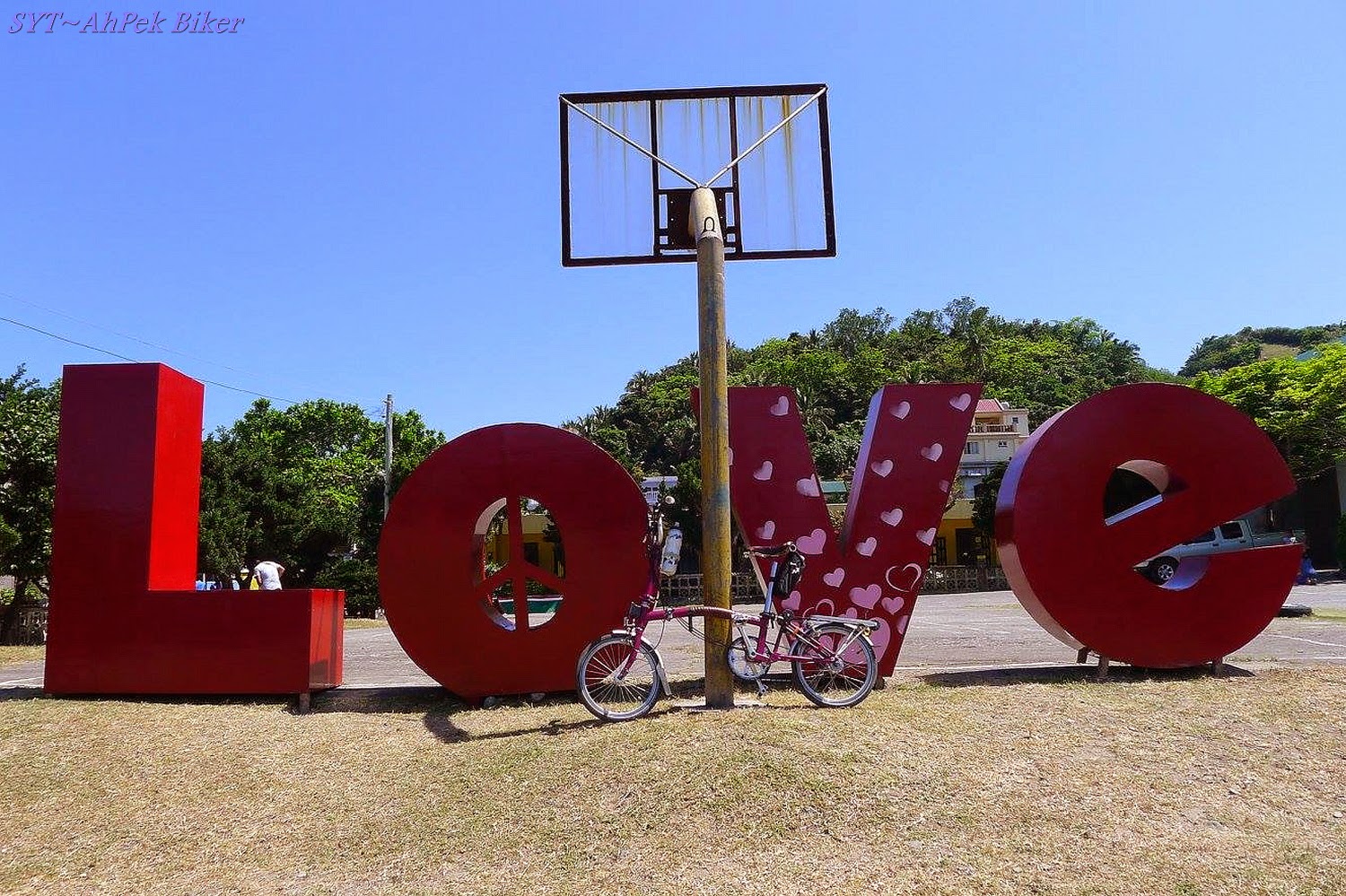 Batanes Islands - Day 7-1.2 : 20th March 2015, Siew Yung's Tale of  Mahatao Town
The hills of Mahatao hold many interesting places to go to; much to be seen and much to experience. It was a free day for us to do whatever we want, and what we wanted was to go up there and explore the place. We did that in our own separate ways, up to the hill with it's crazily steep slopes which holds many an attraction at it's various corners. A bit of hard cycling/pushing is required to get around; but it was worth it. Then it was back down to Mahatao town, a seemingly quite town that has much to offer; talk to the people and the shyness seemingly starts to slowly peel away and reveal the heart of the place.
We did it in our different ways; Ong and me headed our way while Siew Yung went hers, to carry on her own exploration.
It was fun and pleasure in our own different ways; I will tell Siew Yung's tale of our last full day in Batanes first as, she did experience so much more. In the earlier part, she had explored the hills of Mahatao; she now rode down to Mahatao town for some more fun and surprises. Below are photos from her Facebook posts with description in her own words. 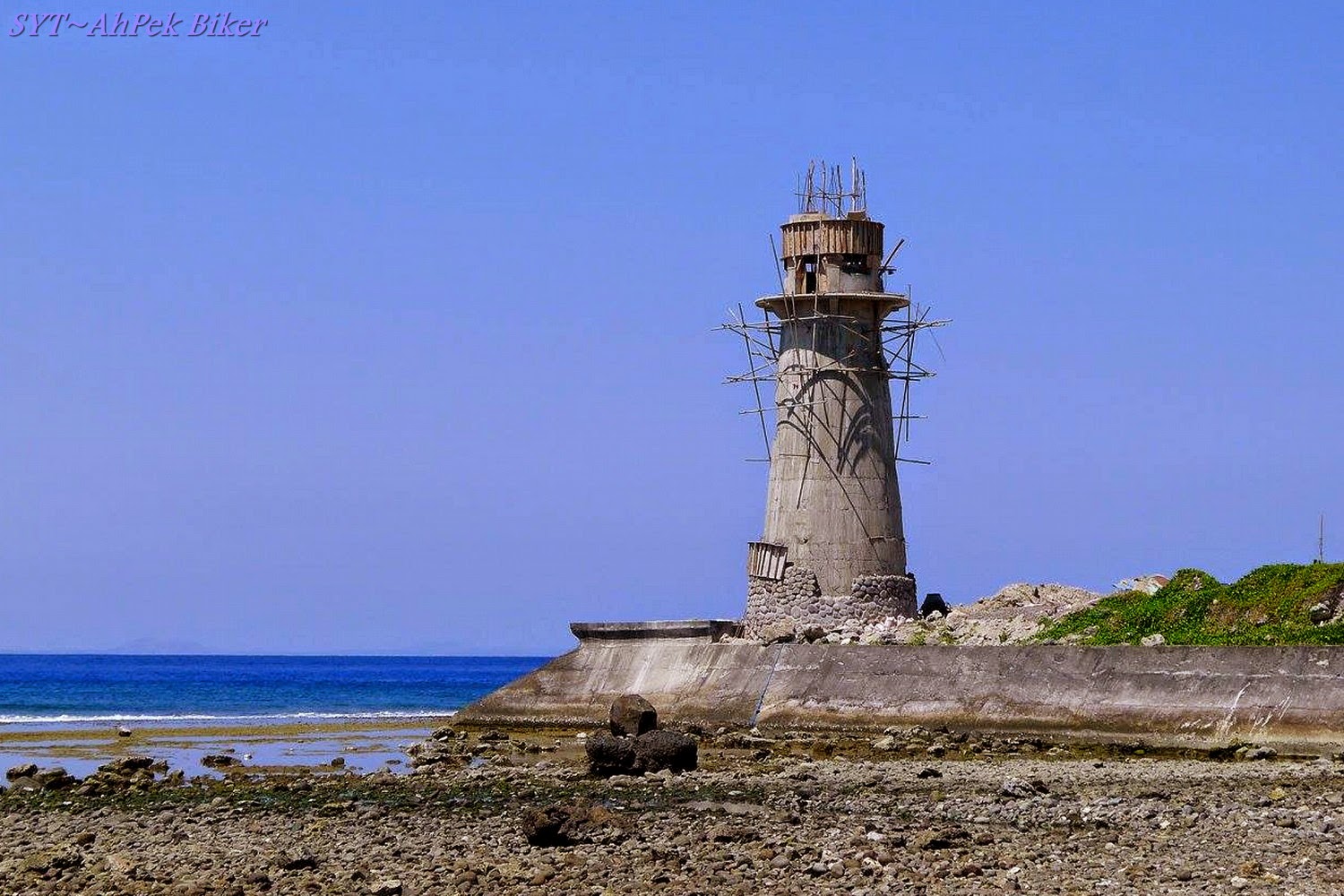 An unfinished lighthouse in Mahatao. 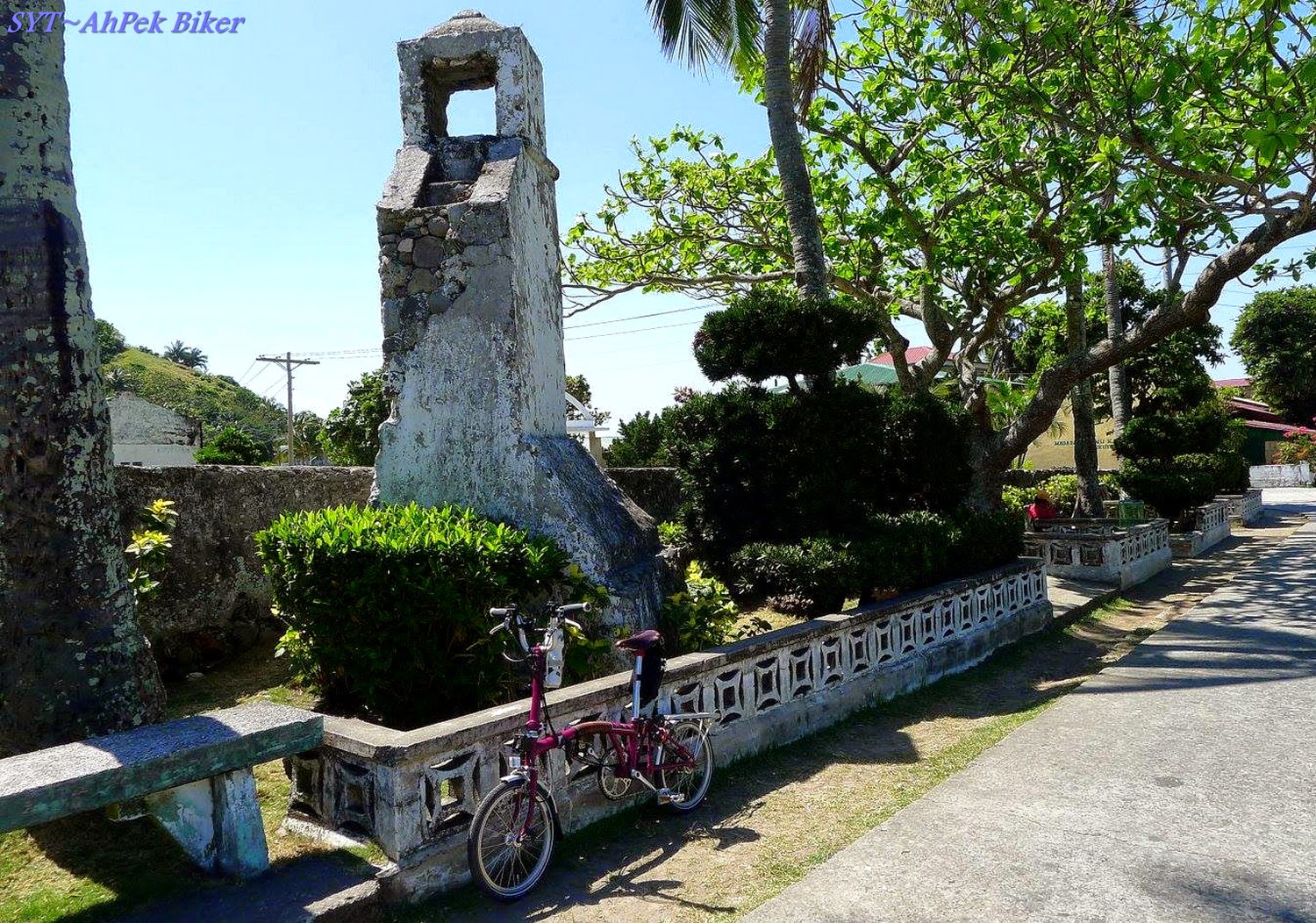 Old Spanish lighthouse just next to the San Carlos Borromeo Church - manually lighted with fire for local fishermen during the Spanish colonial period. 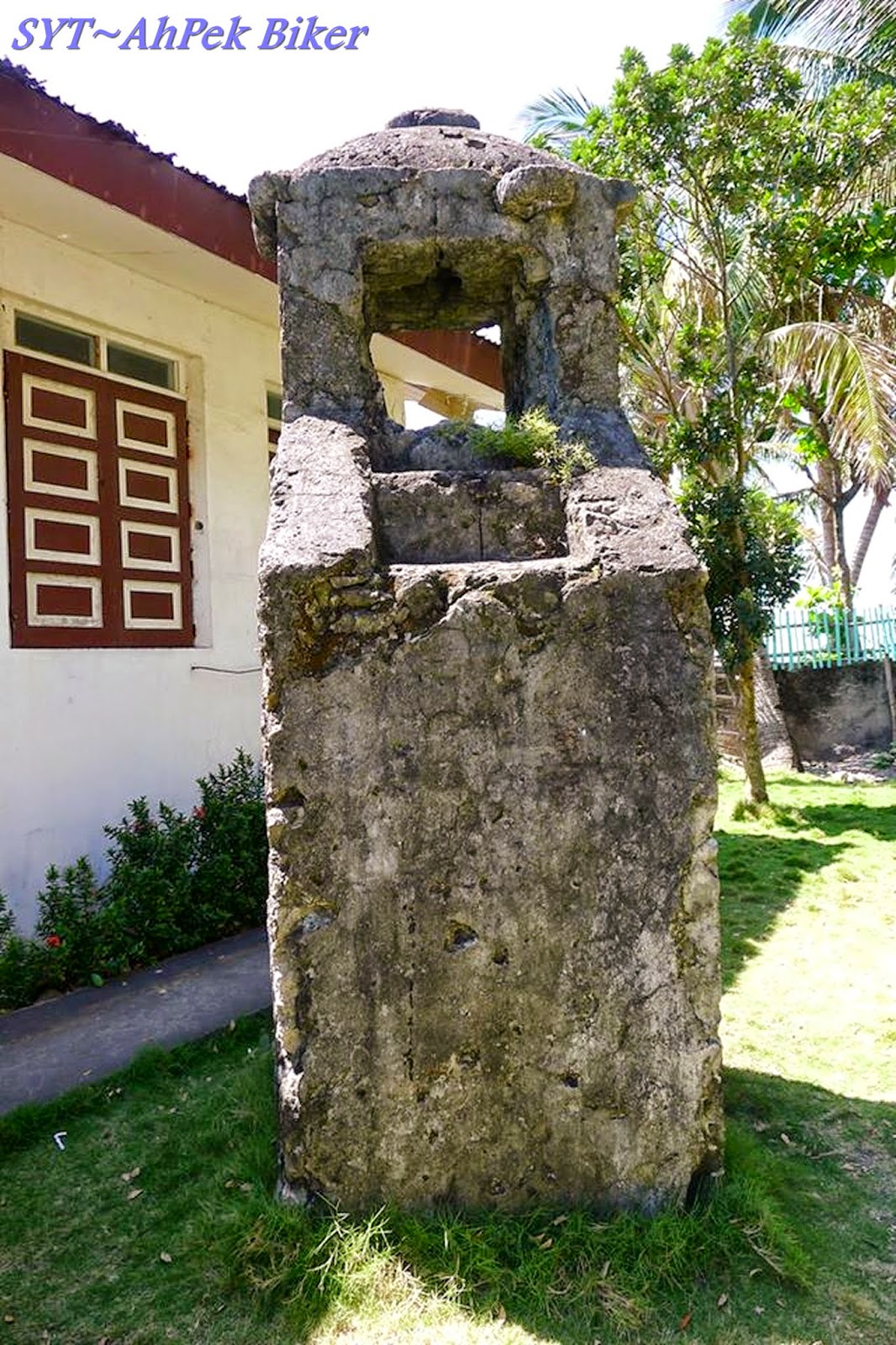 Another old Spanish lighthouse situated next to an elementary school. I wouldn't know this was a lighthouse if a friendly local hadn't pointed out to me. It looked so small. 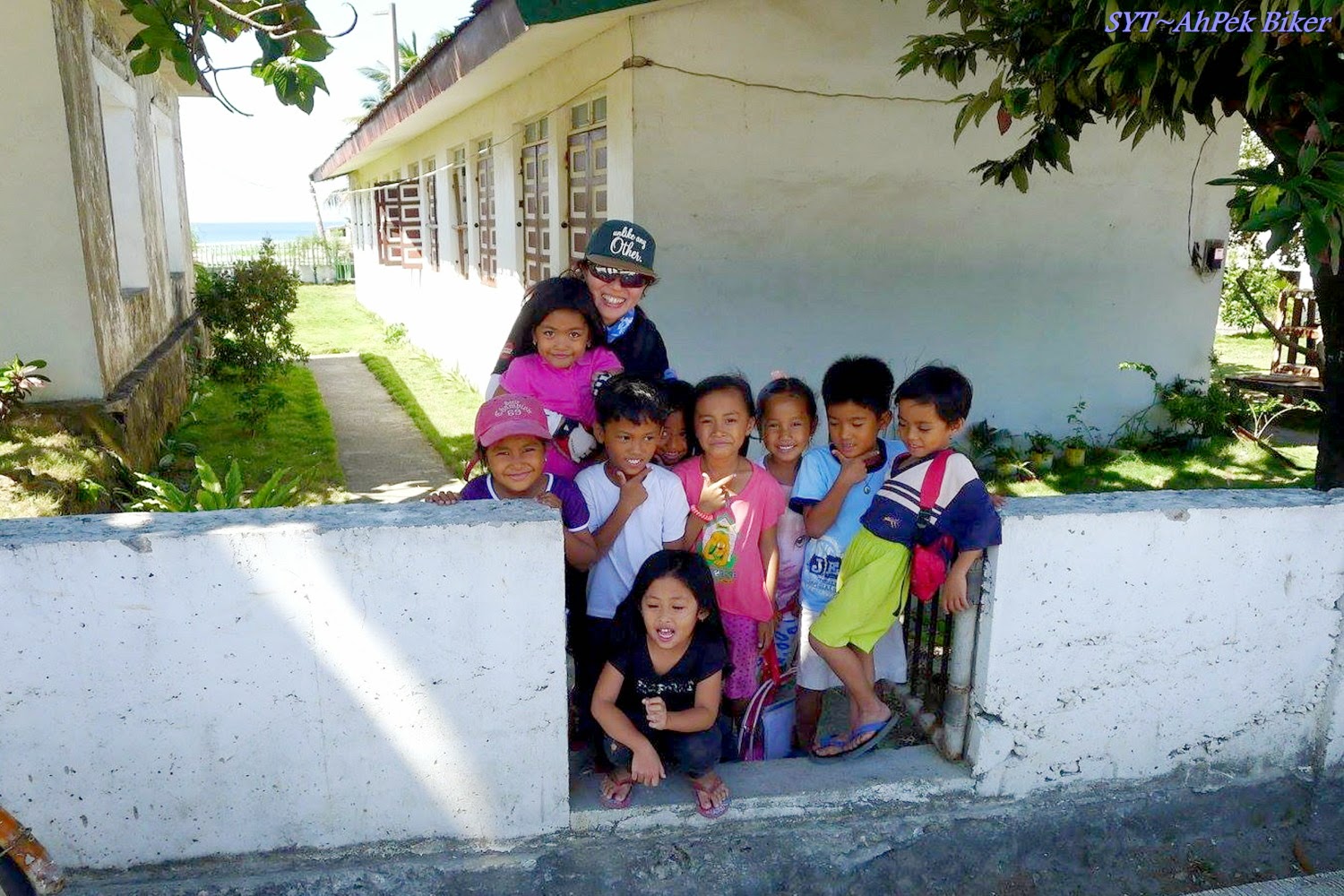 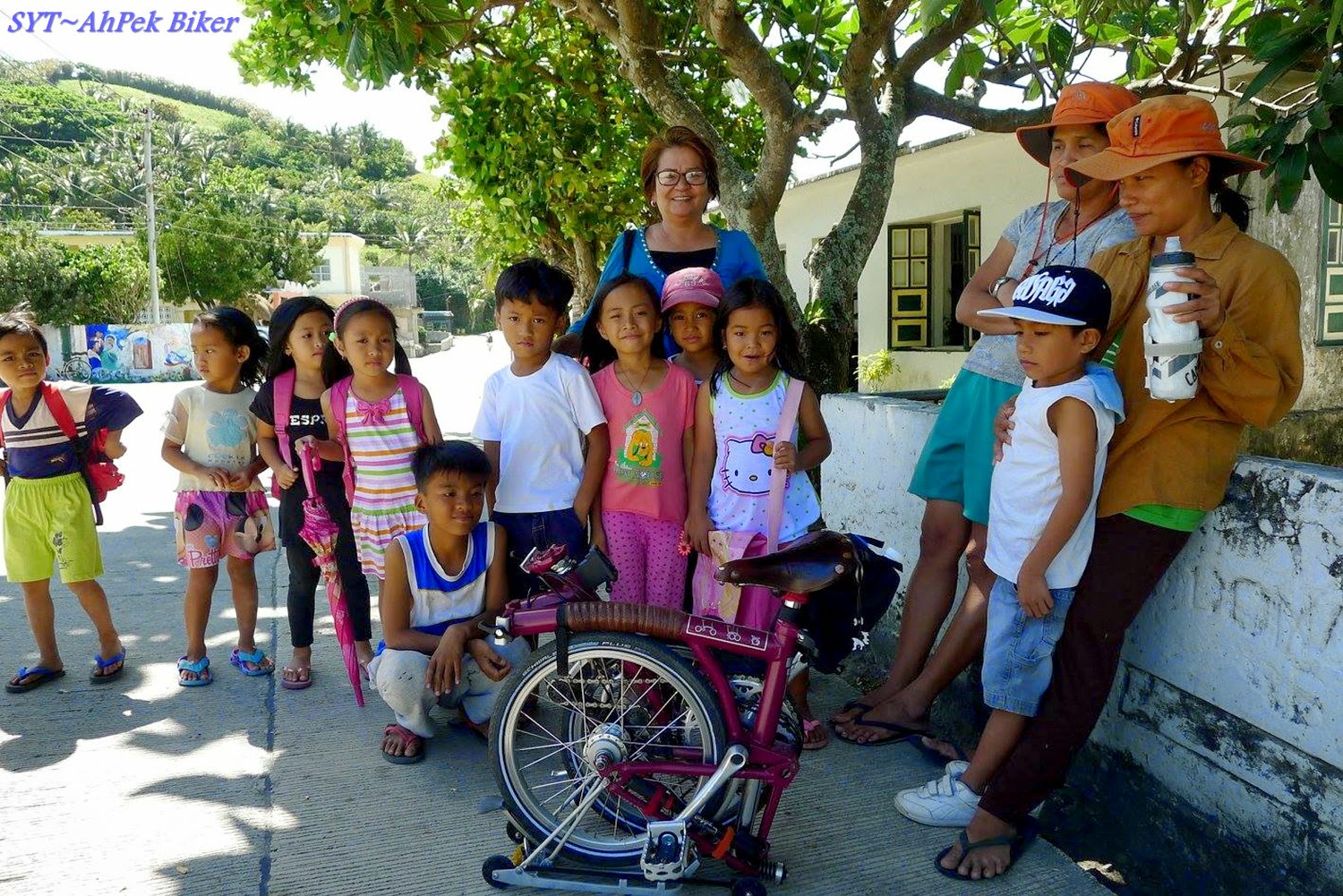 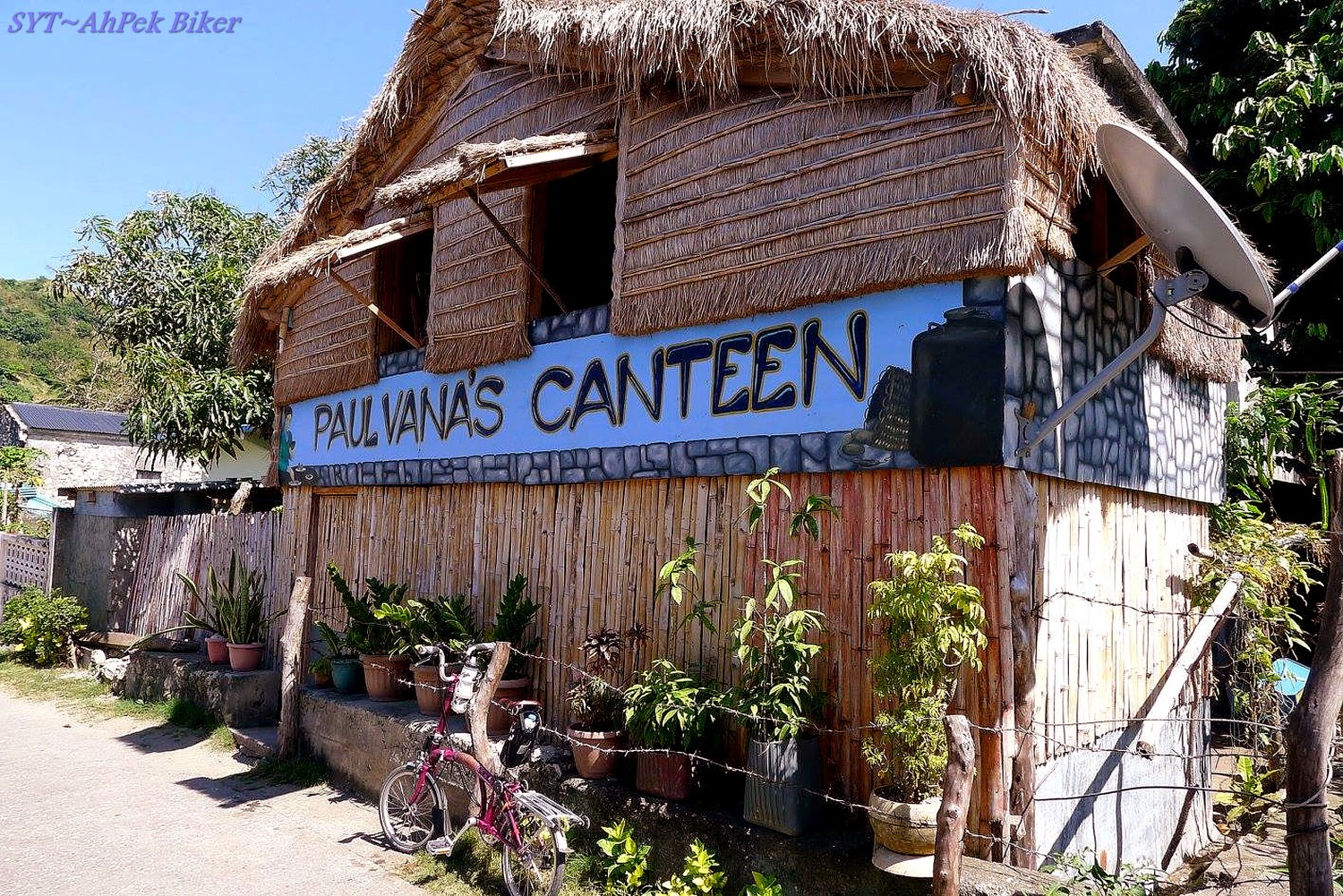 It was past 2pm and I was hungry. A quick check with Mahatao residents pointed me to Paulvana's Canteen but unfortunately it was closed. A friendly local quickly called the owner of the canteen and sent her sister, Merly, to pick me up to another location. I presumed the premise was relocated so I followed her. 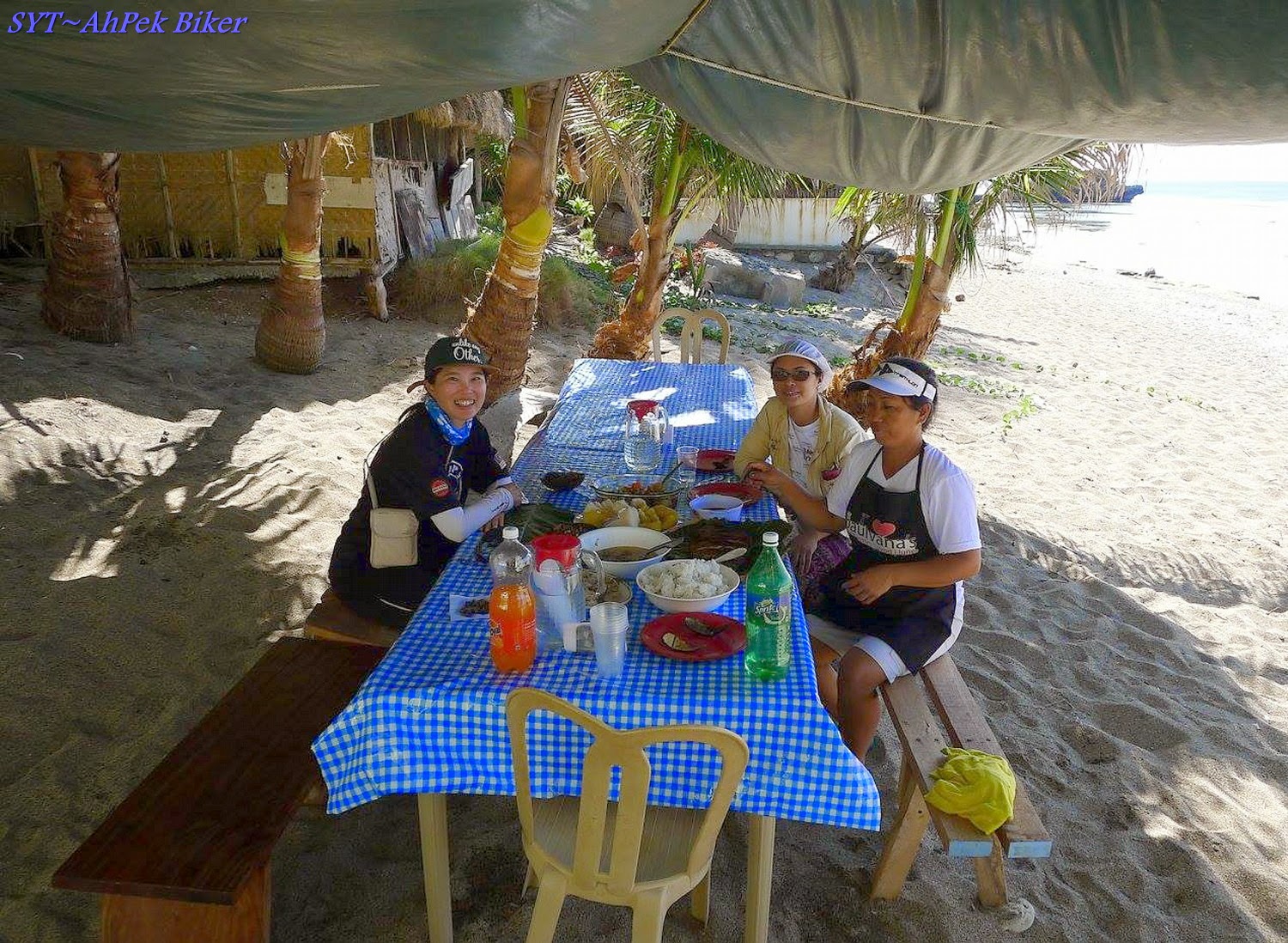 Merly brought me to this seaside enclave where I was invited to a traditional Ivatan meal with sister and her family. It seems they were the caterers of a private function earlier and they had cooked extra for her own family. 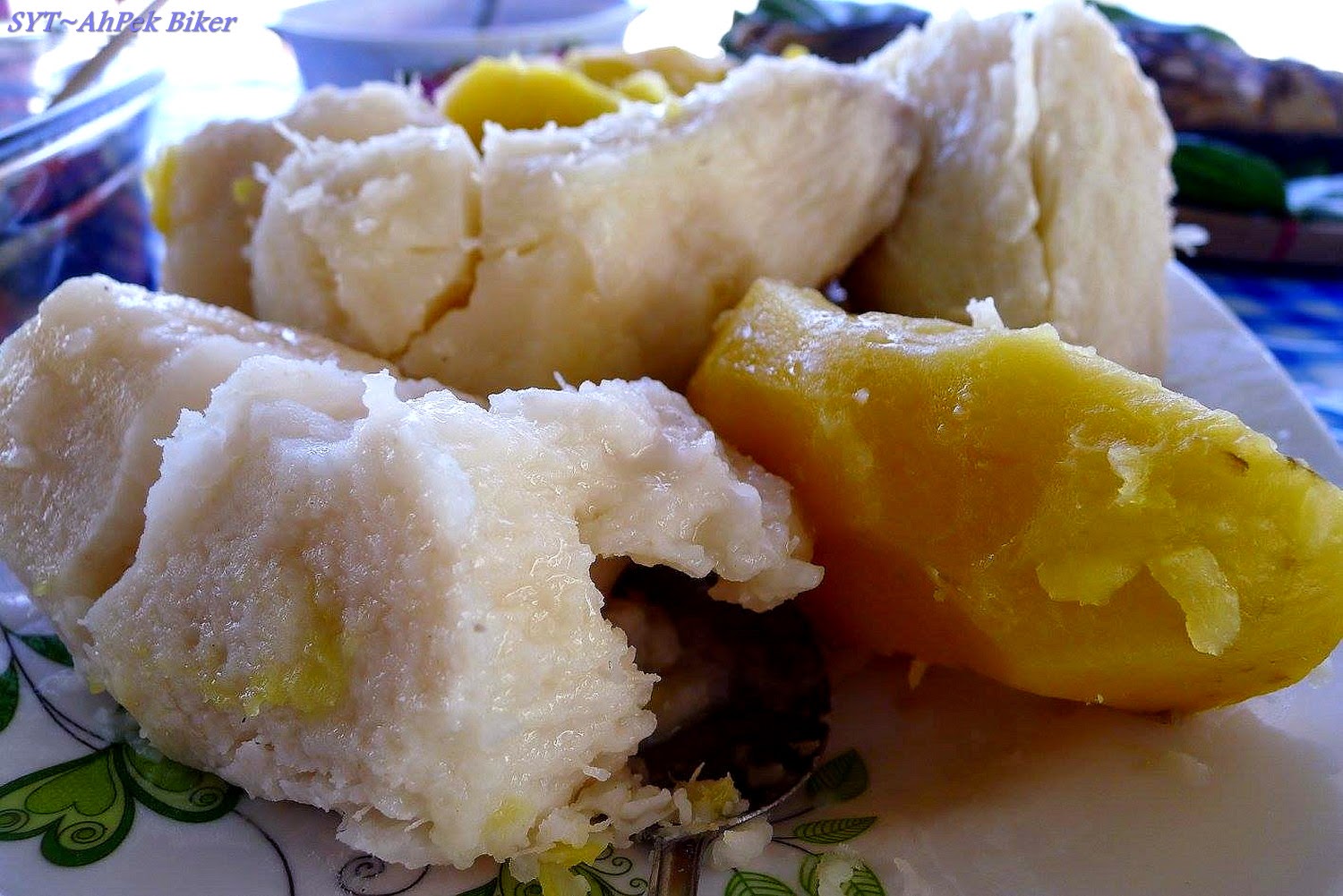 Their staple carb diet - the Uvi (cream coloured) and the Camote (yellow). 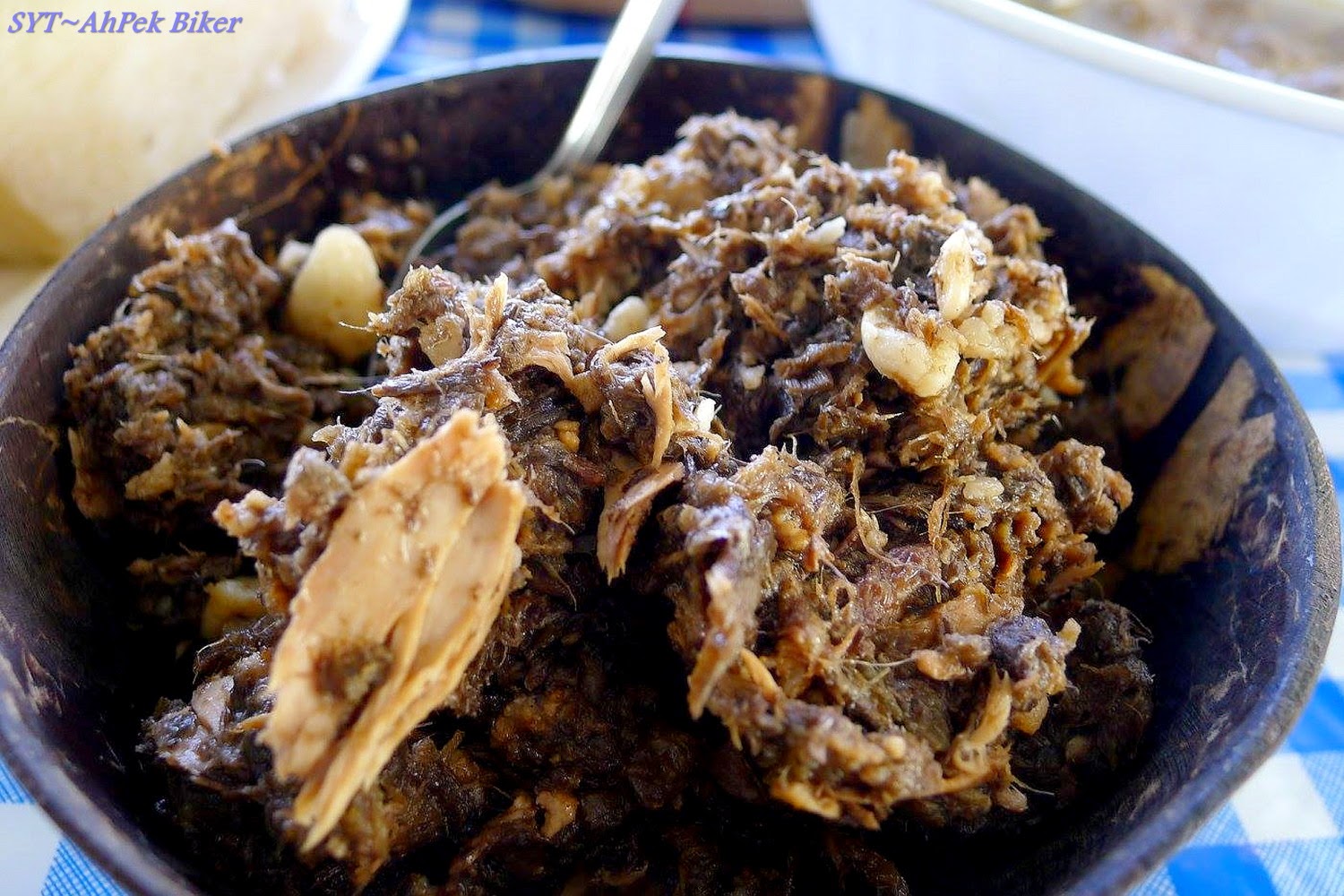 Venes (veggies, tuna and pork)...this is very very delicious. I shamelessly consume half the bowl. 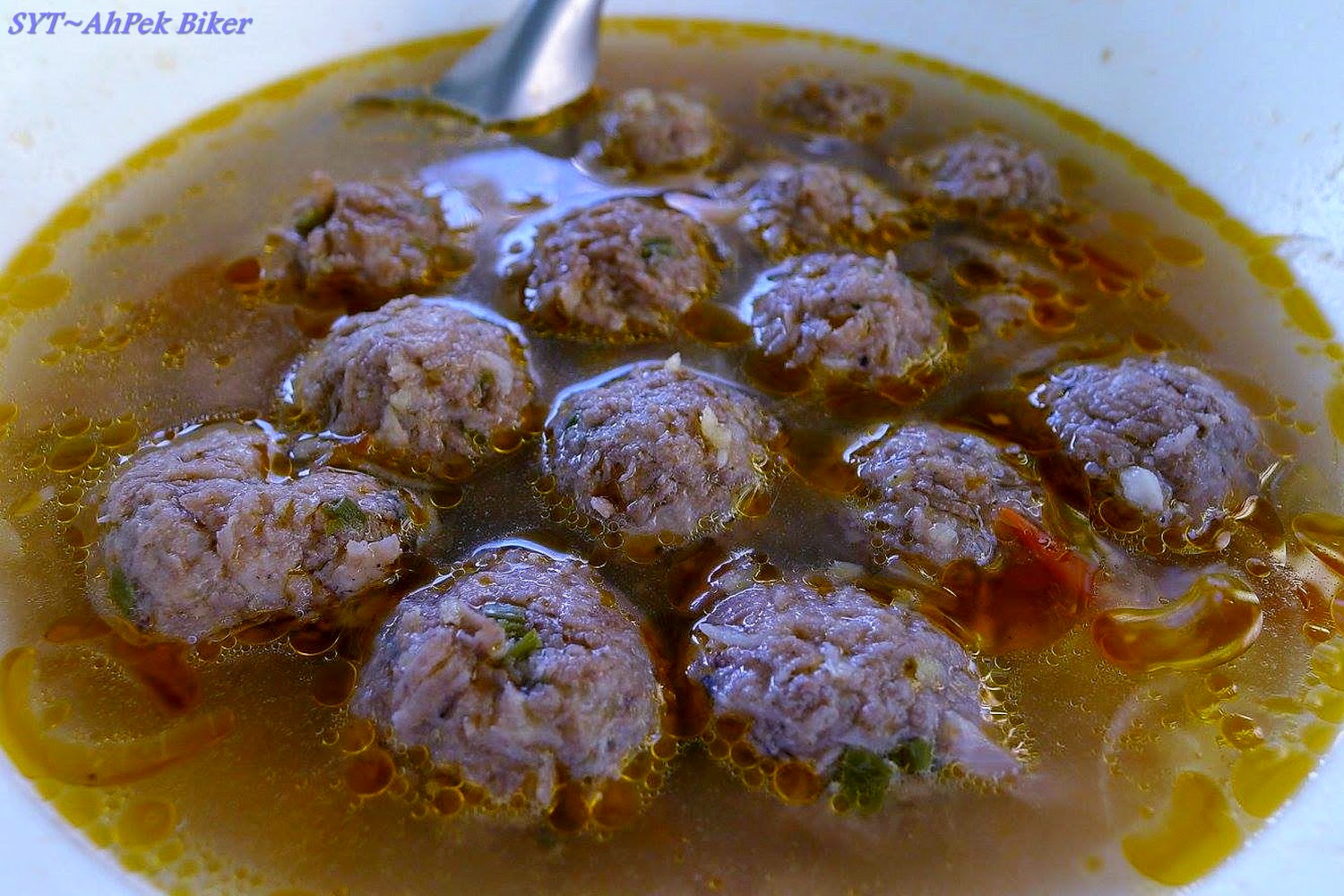 Uvod balls - the root of banana trees with pork. 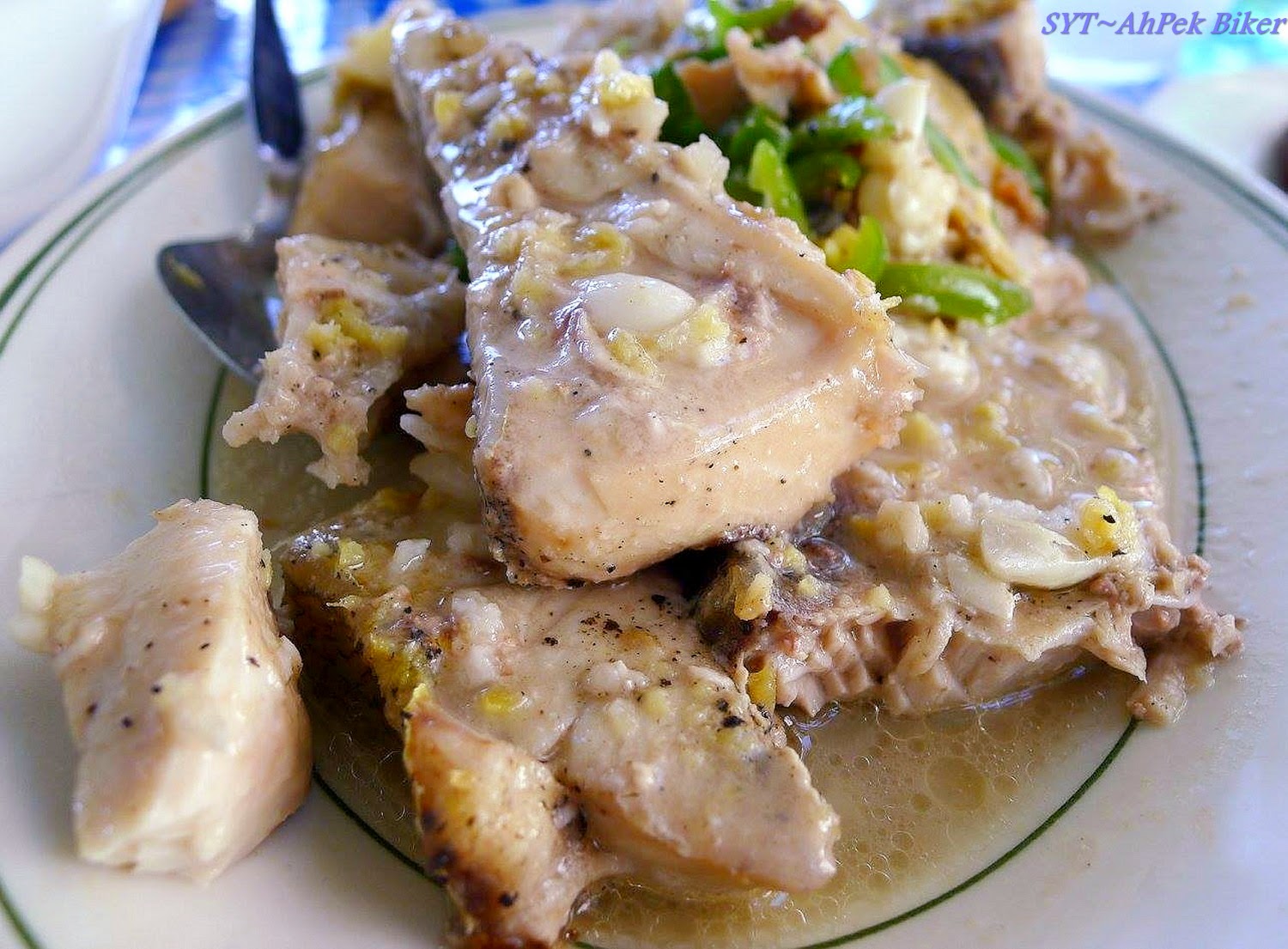 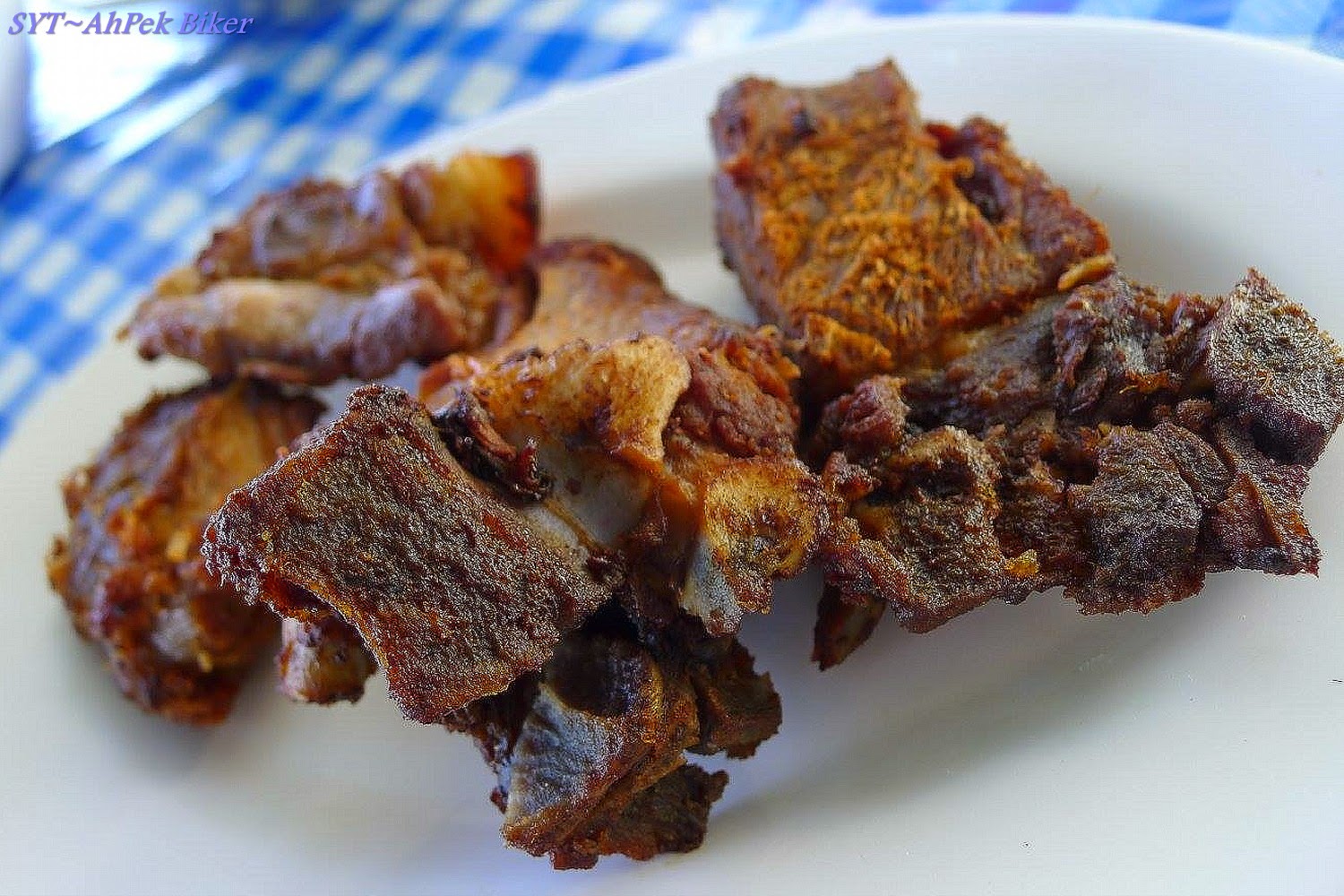 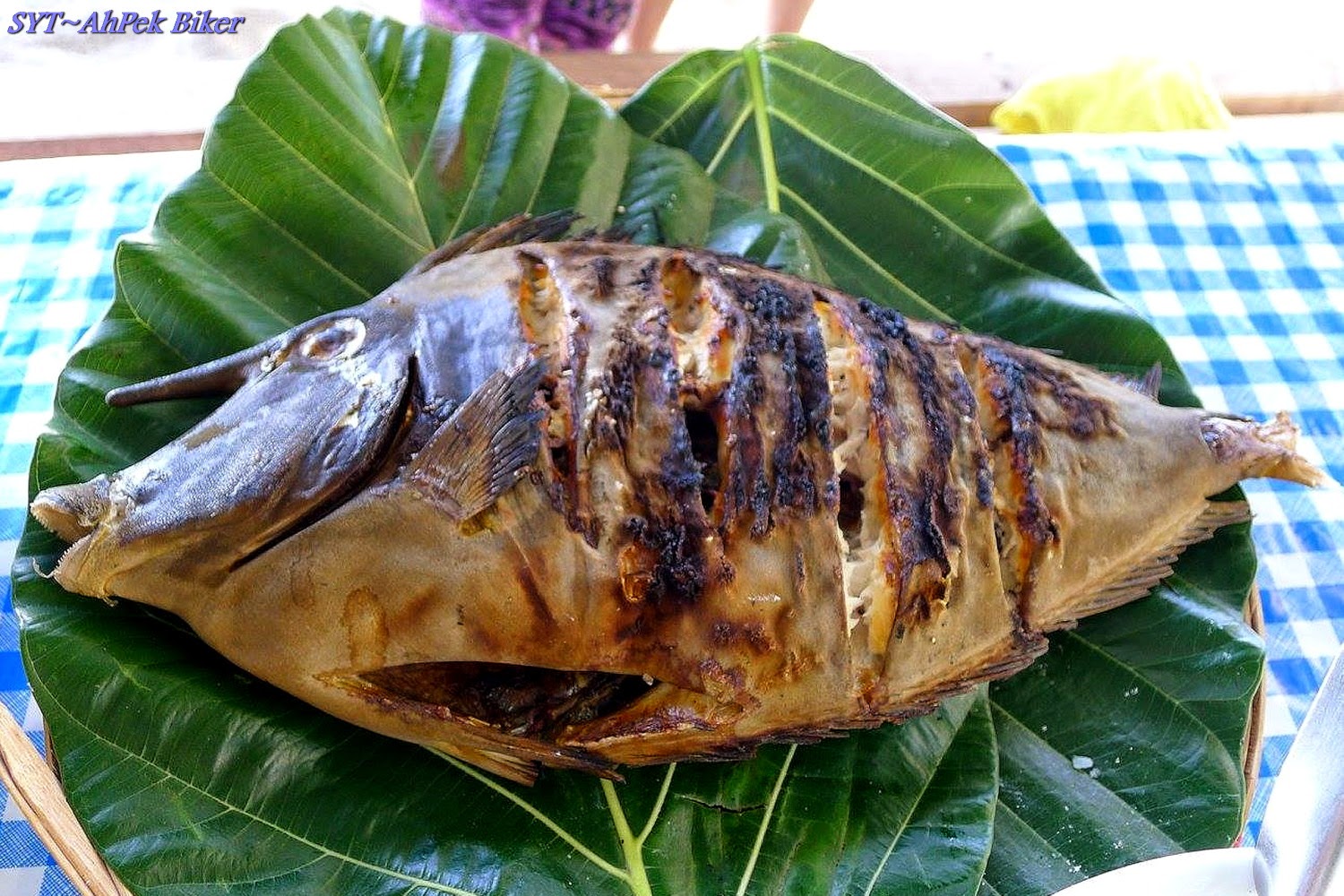 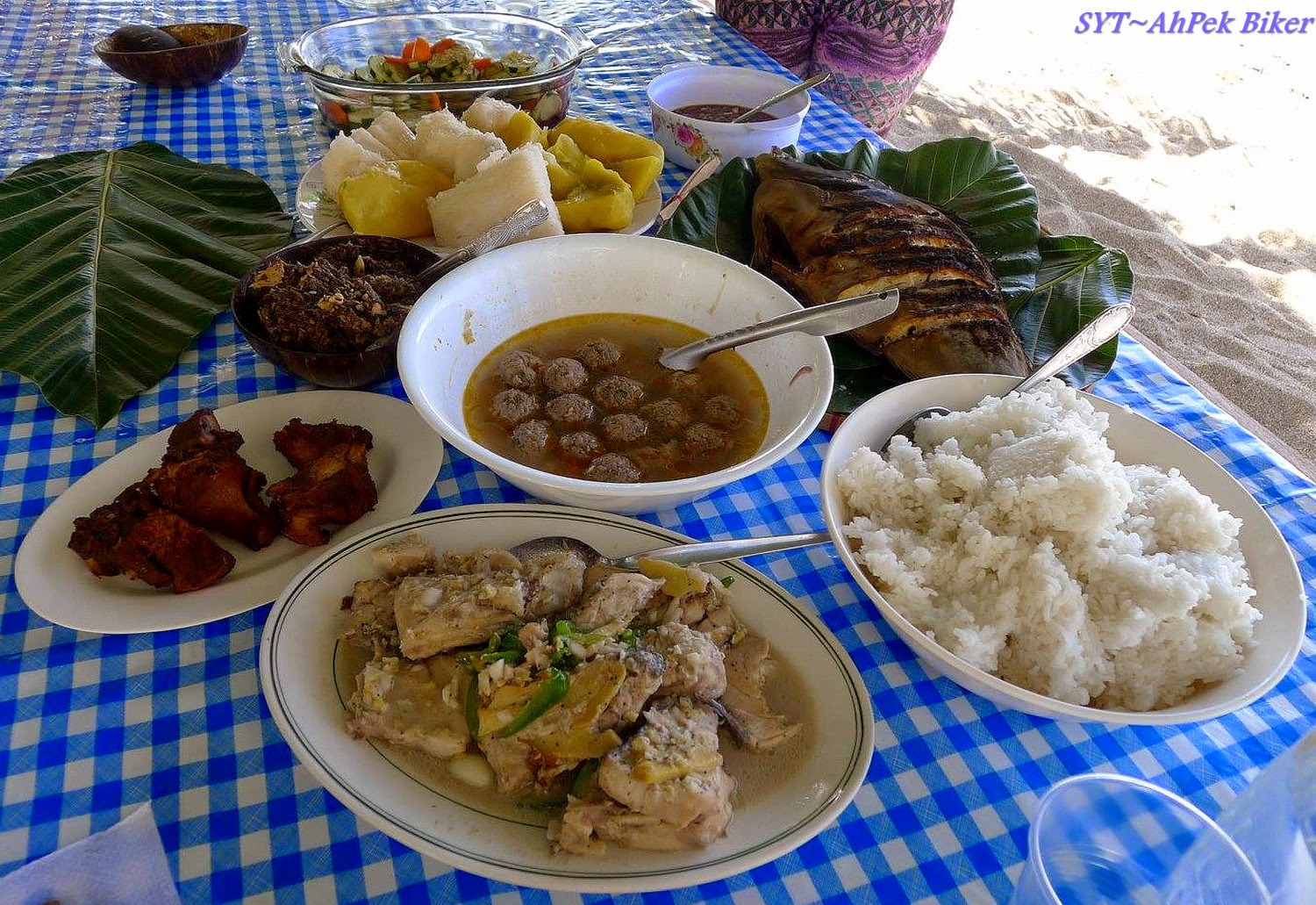 Delicious spread...I was very touched by their generosity and warm welcome to a total stranger like me. 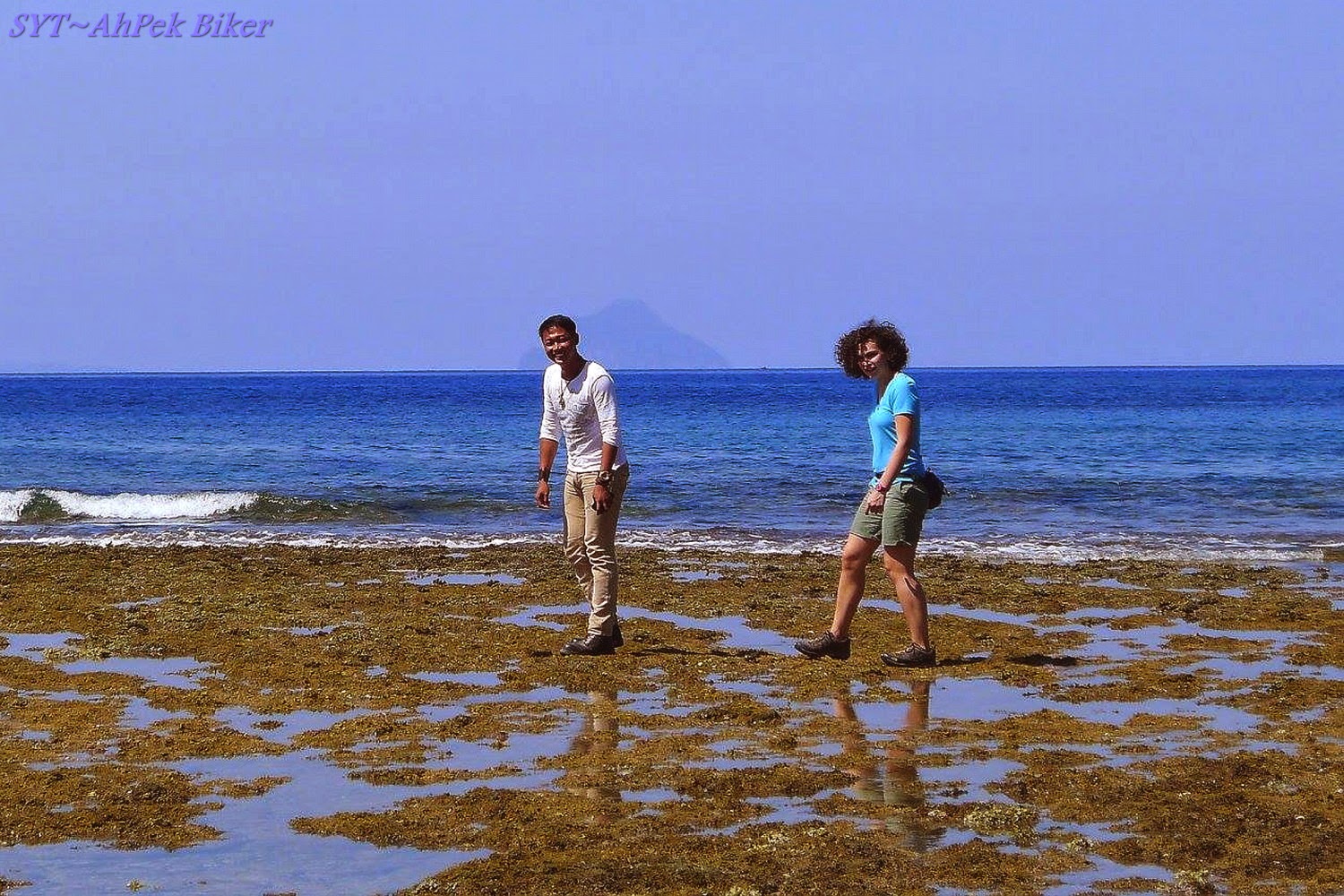 Kinuy, whom I met earlier at my homestay, was also at the beach and he showed me where the nice swimming areas were. He also led me to walk on the flat bed of rocks and corals. 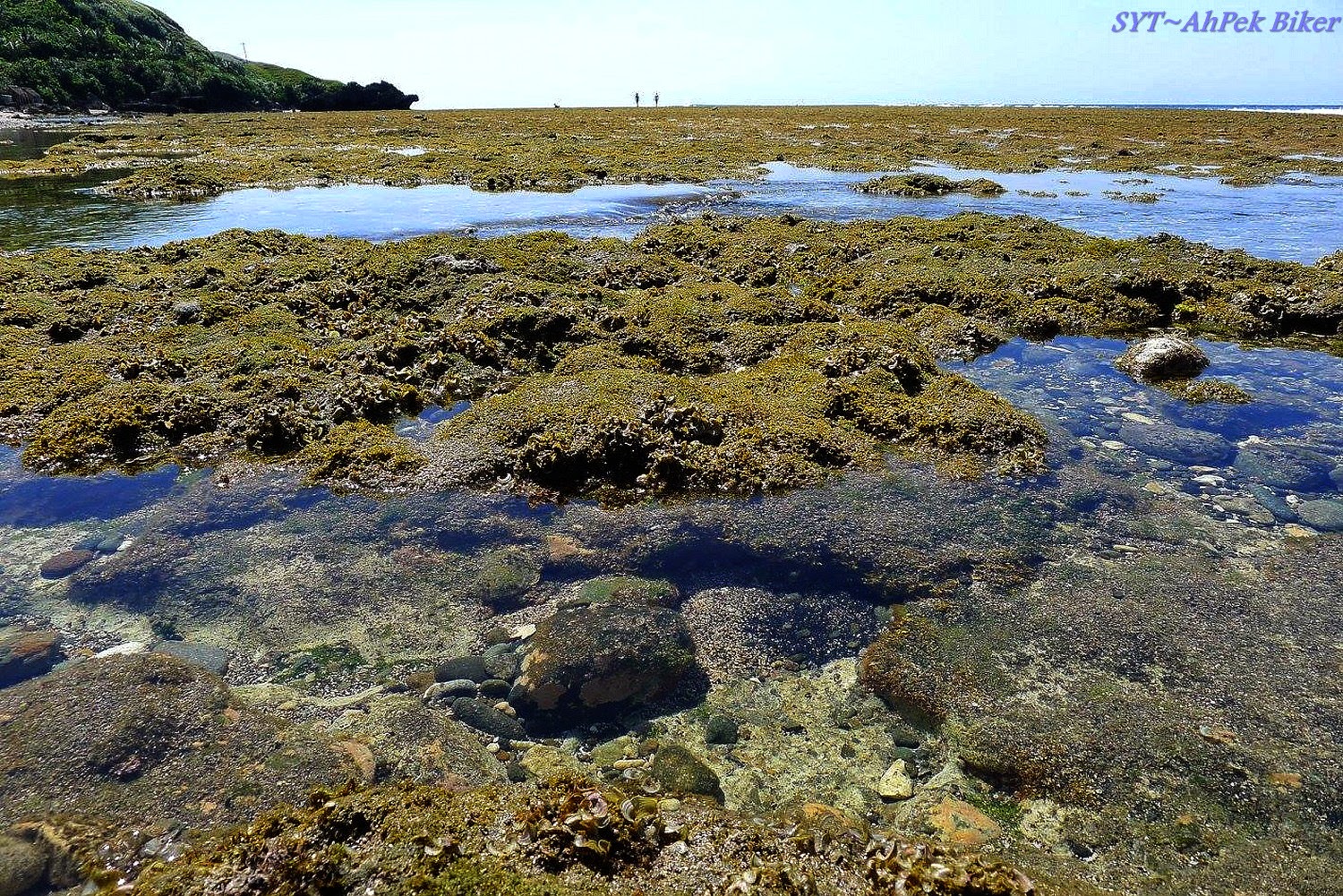 Teeming with life in abundance beneath the clear shallow waters. 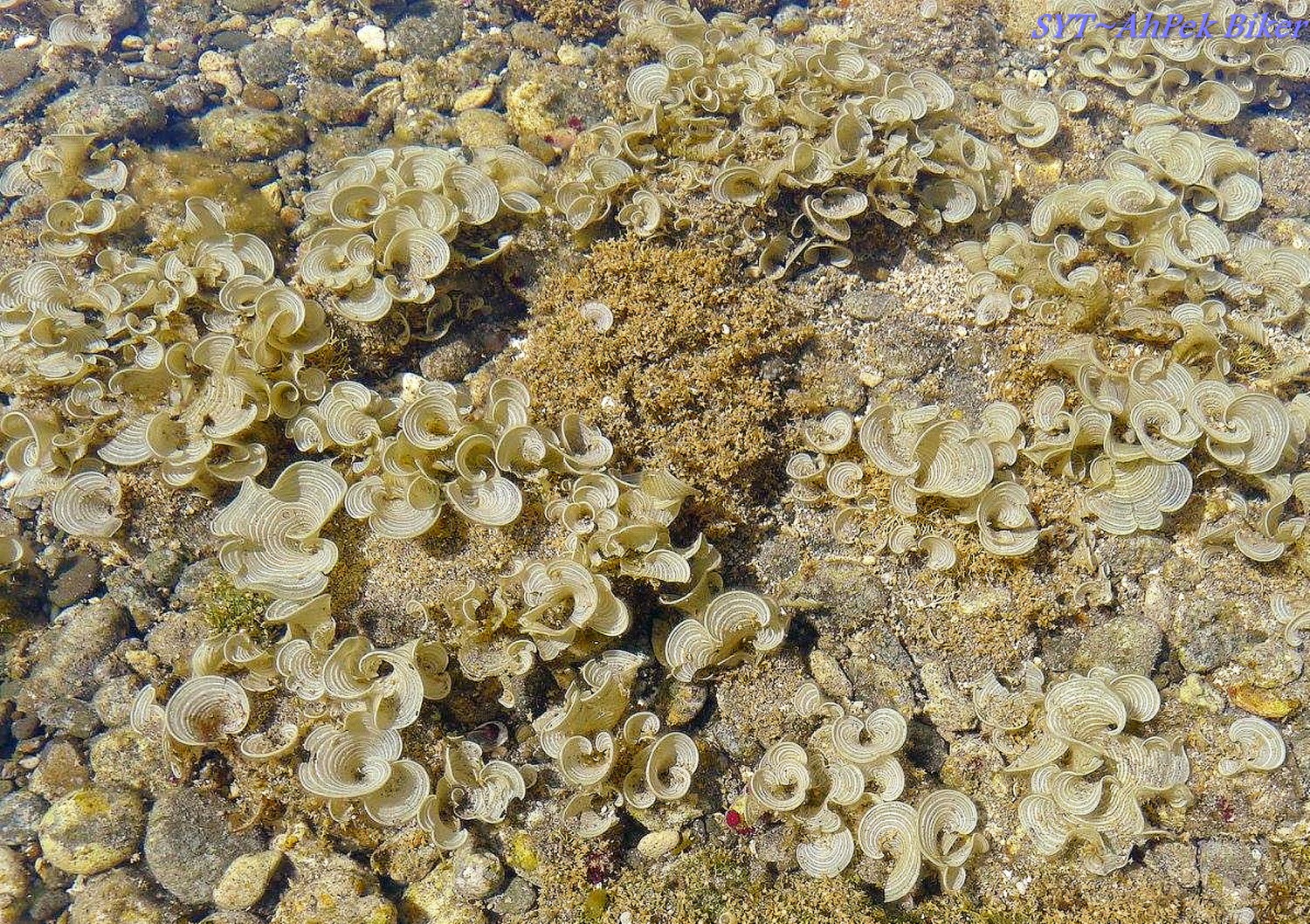 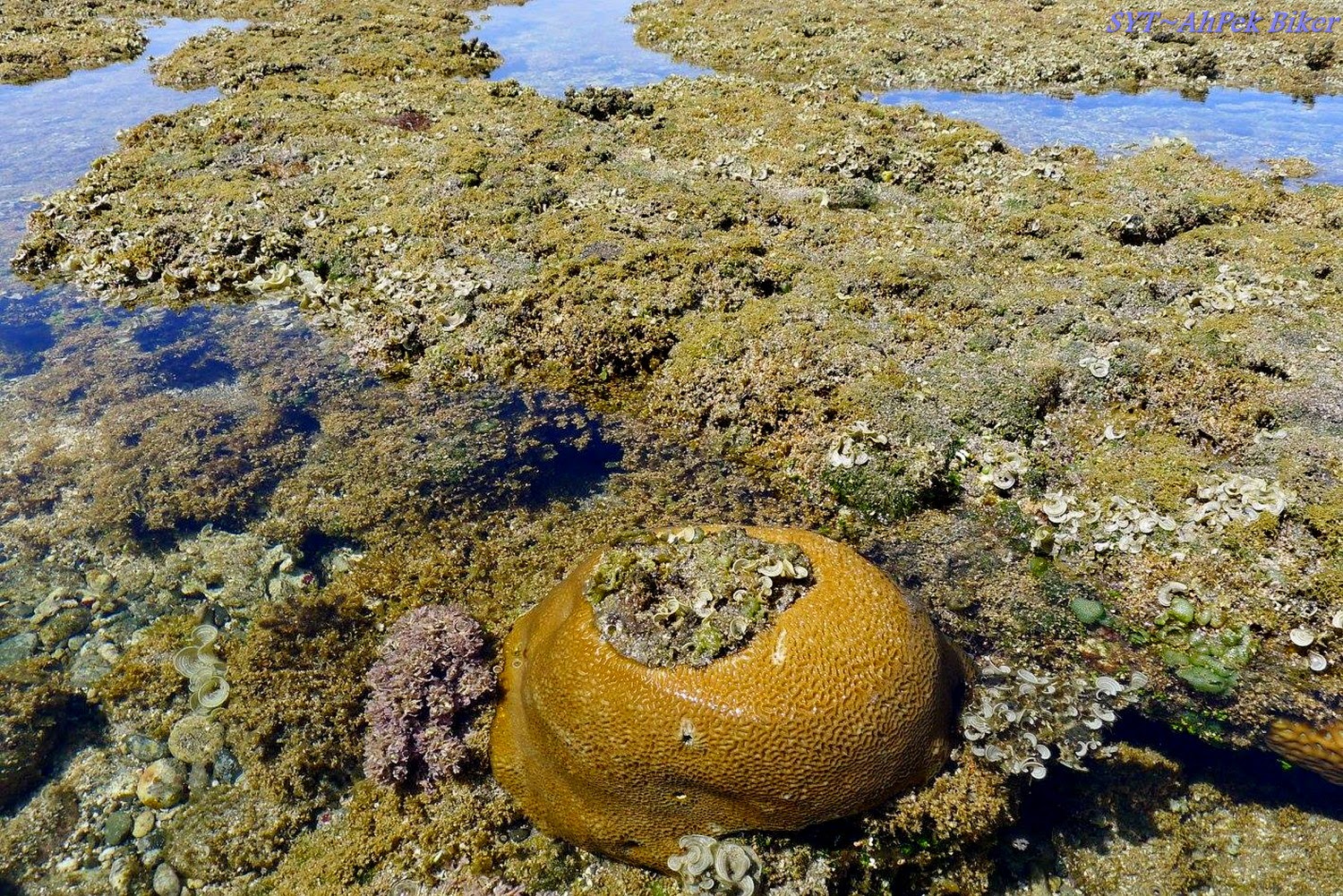 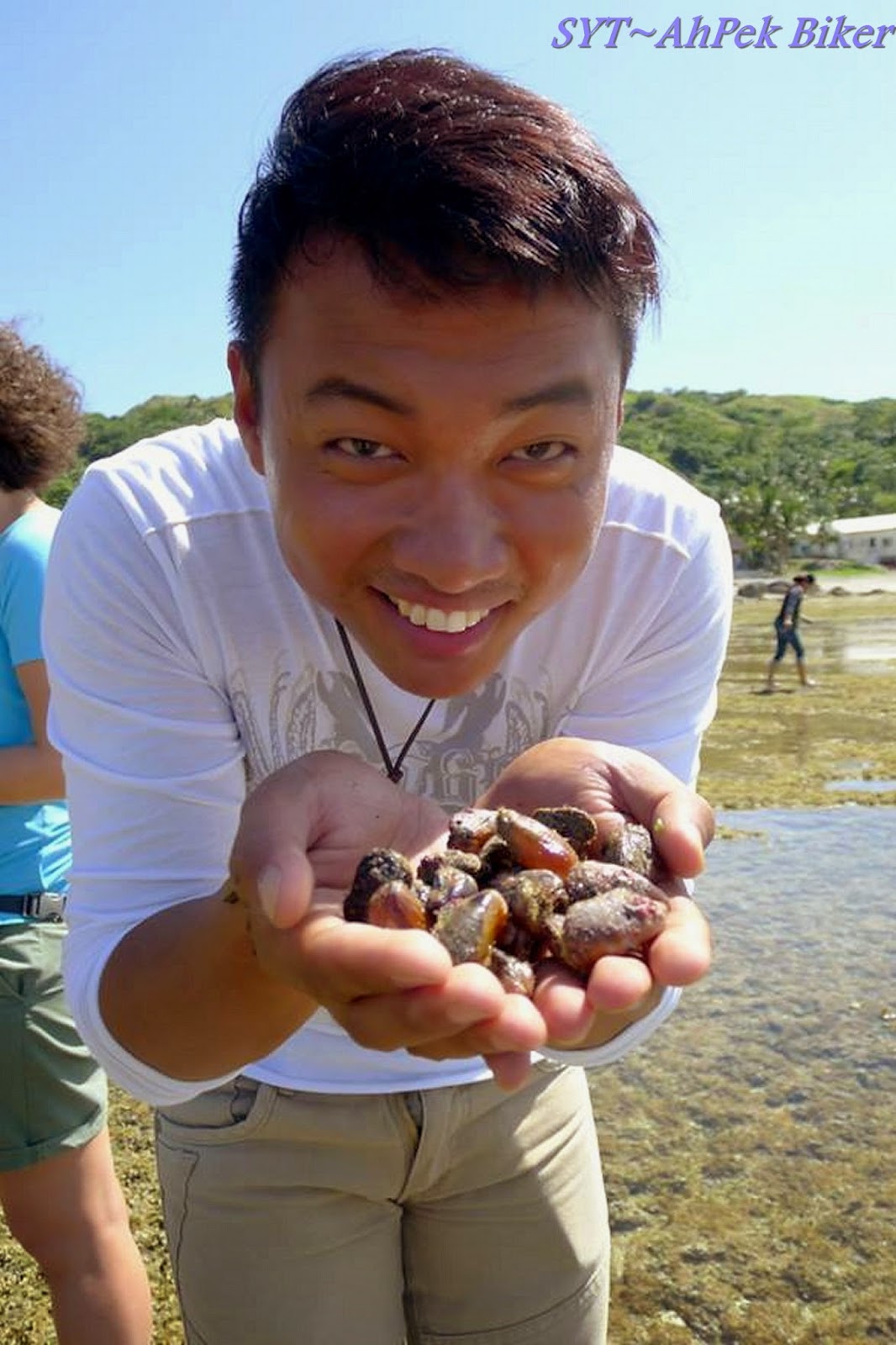 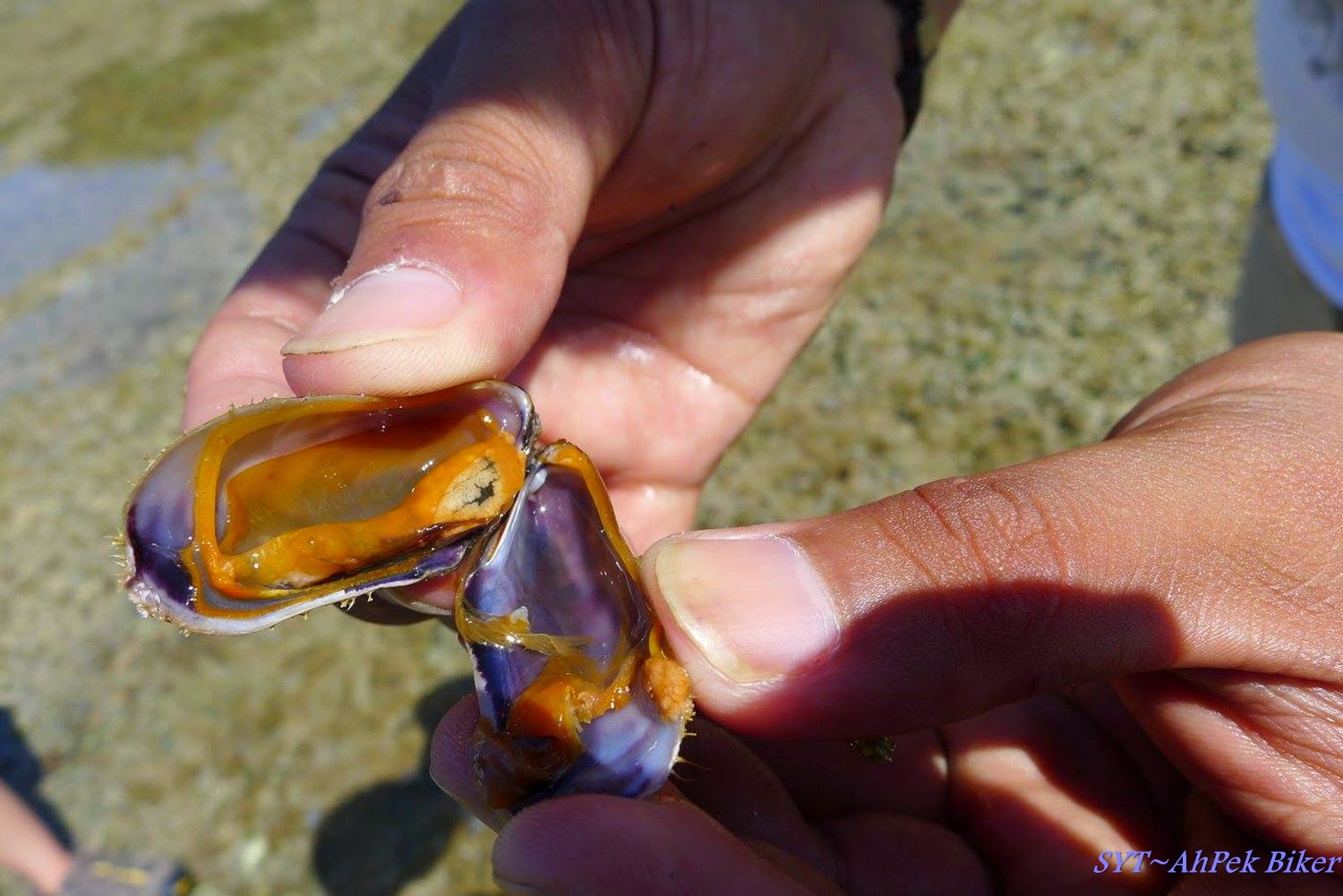 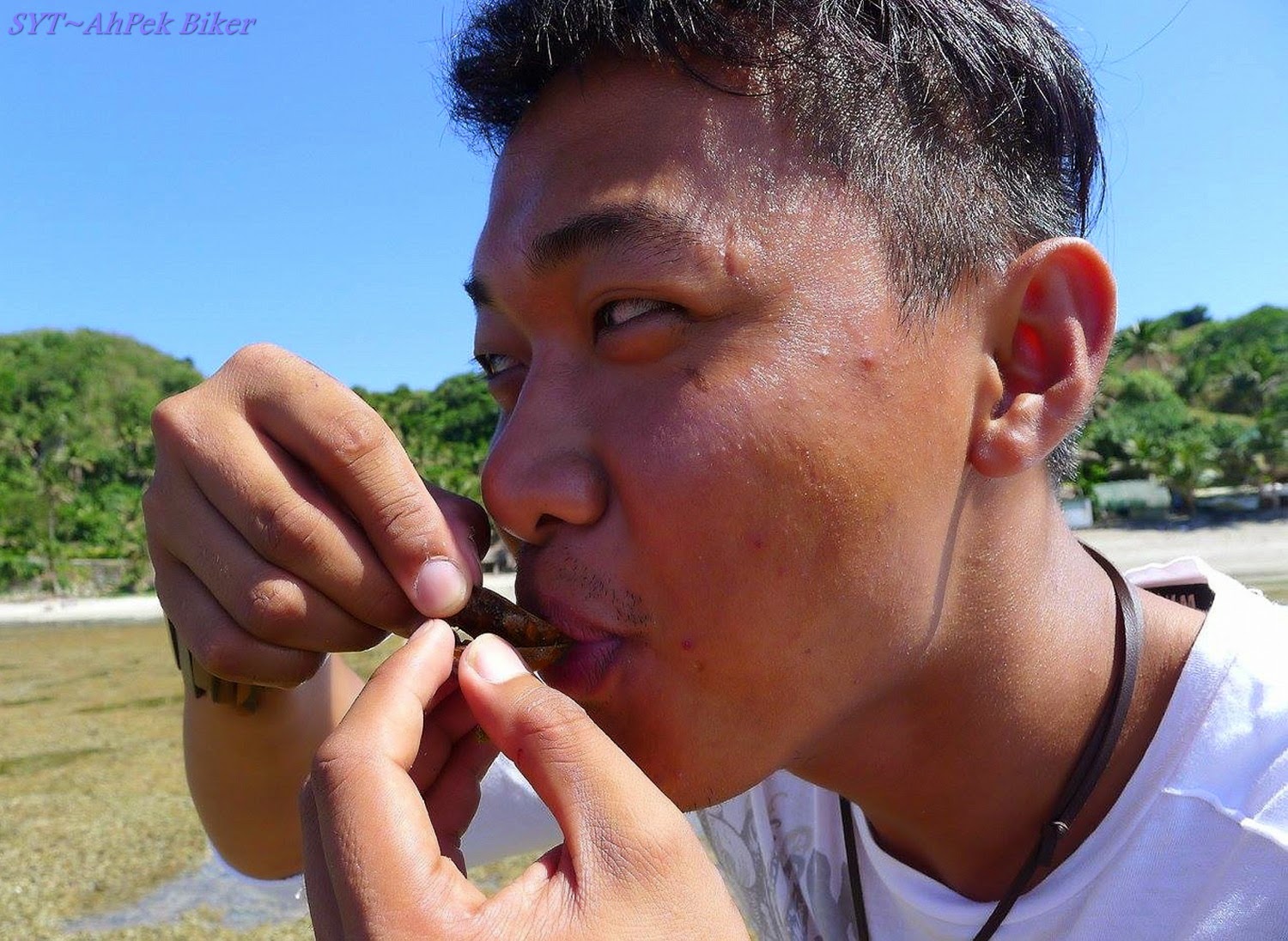 ...and slurped it in...freshI followed suit and it was delicious. No need seasoning coz the salt from the sea gives it the right flavouring. 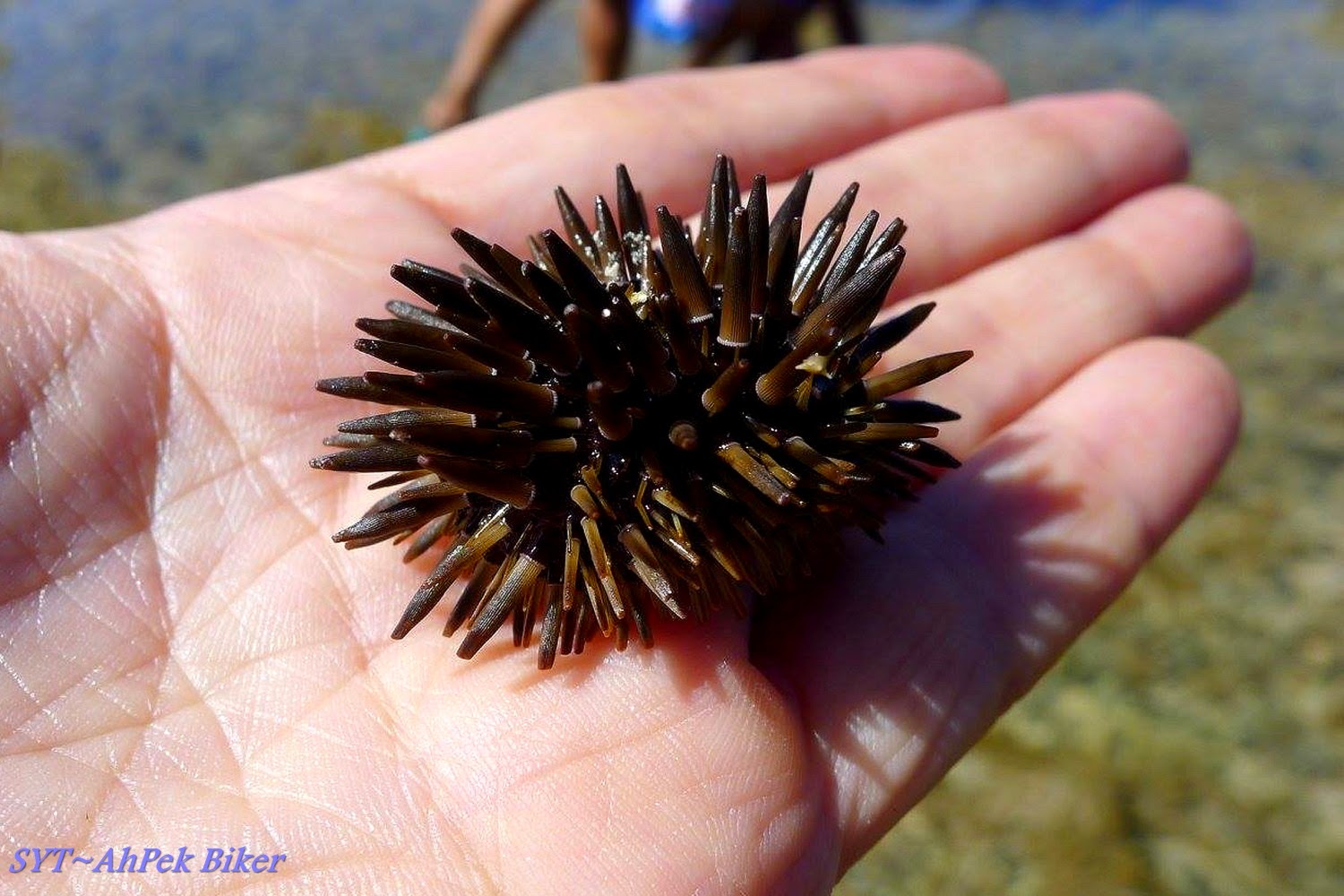 Merly's son gave me this baby sea urchin which I later consumed raw too. It was small but I could taste the creamy texture.
(Note: These urchins are called Uni in Japan; the larger ones are a priced delicacy there) 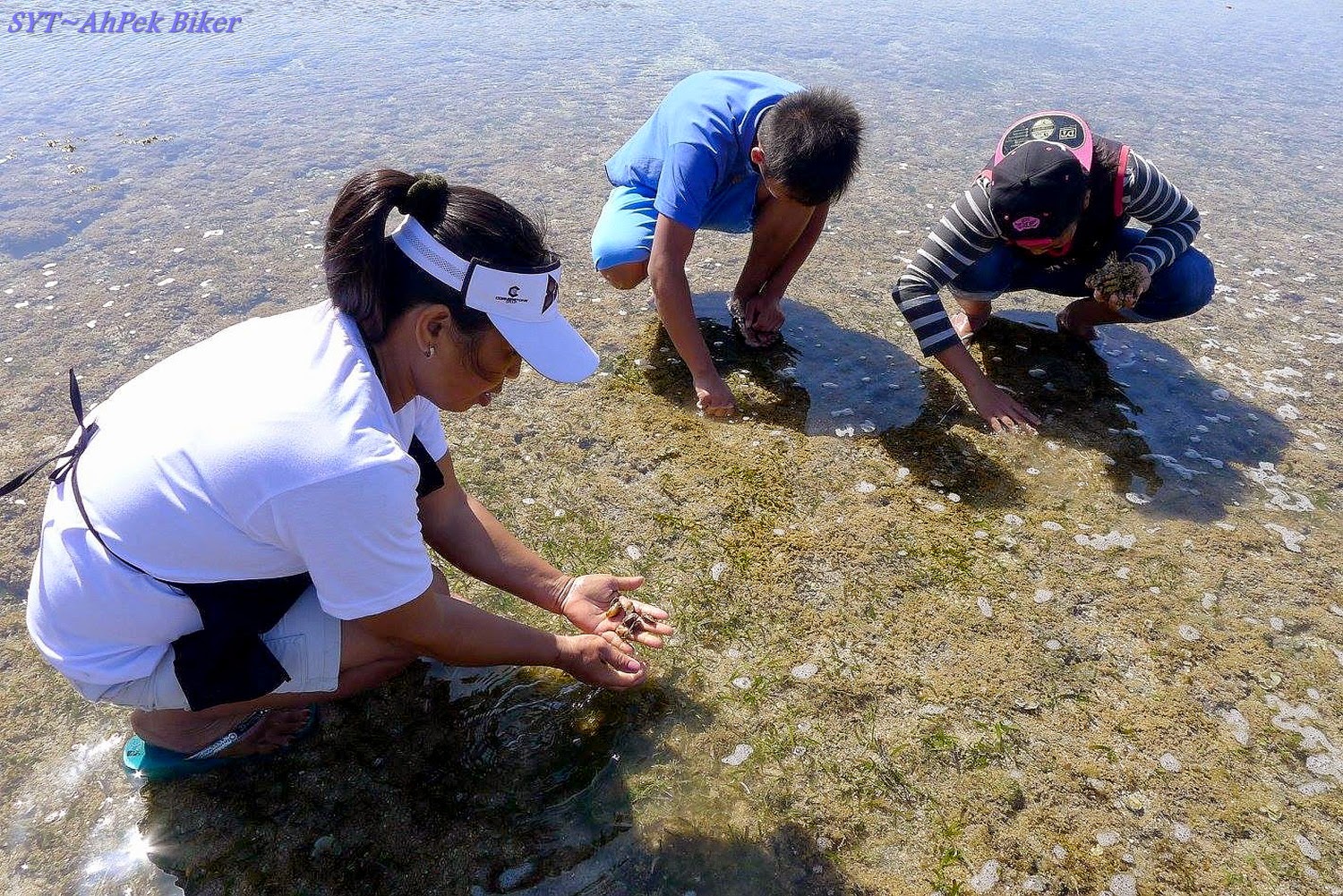 Merly taught me how to look for the abong and to yank them to the surface. 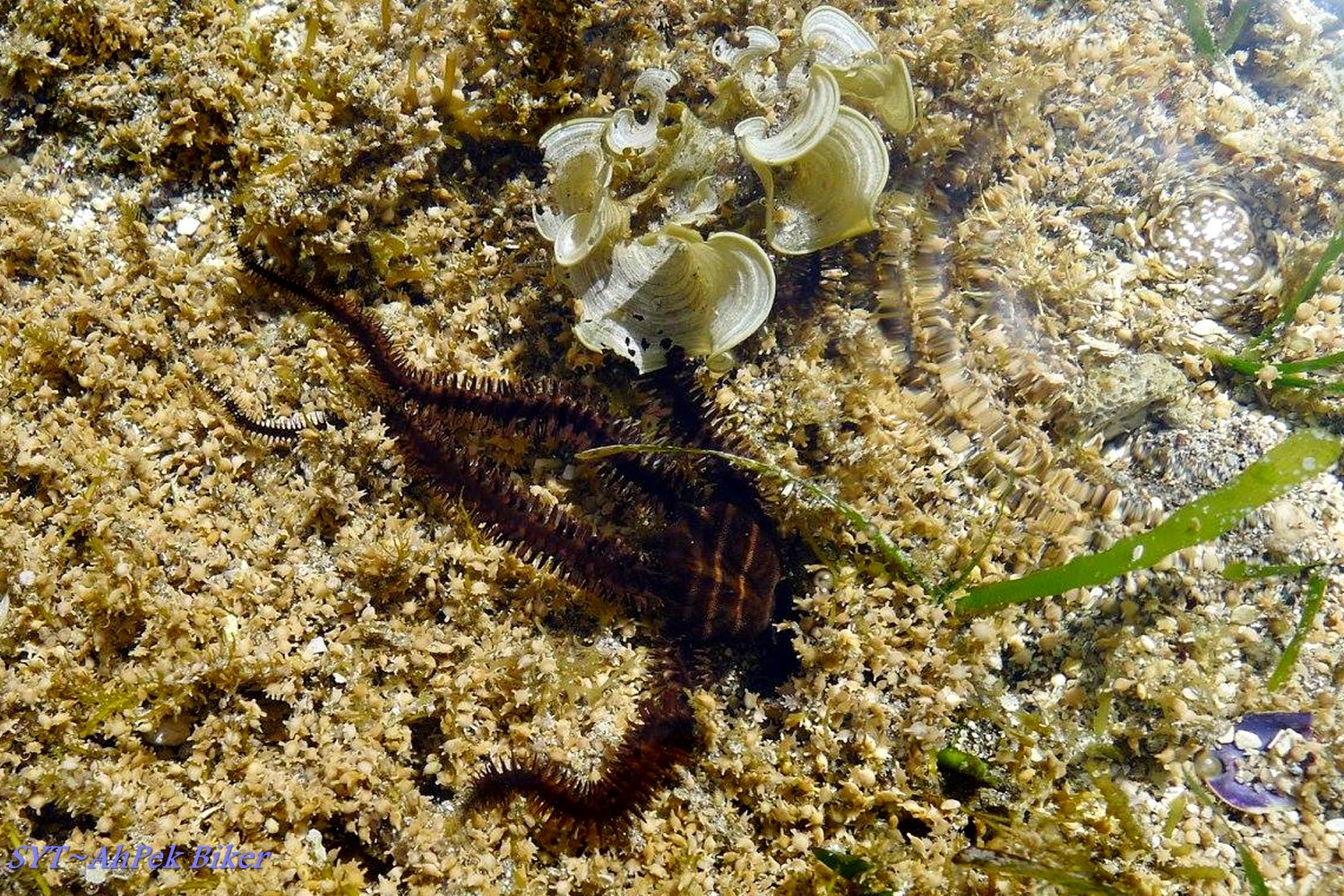 Starfish hiding in the sand... 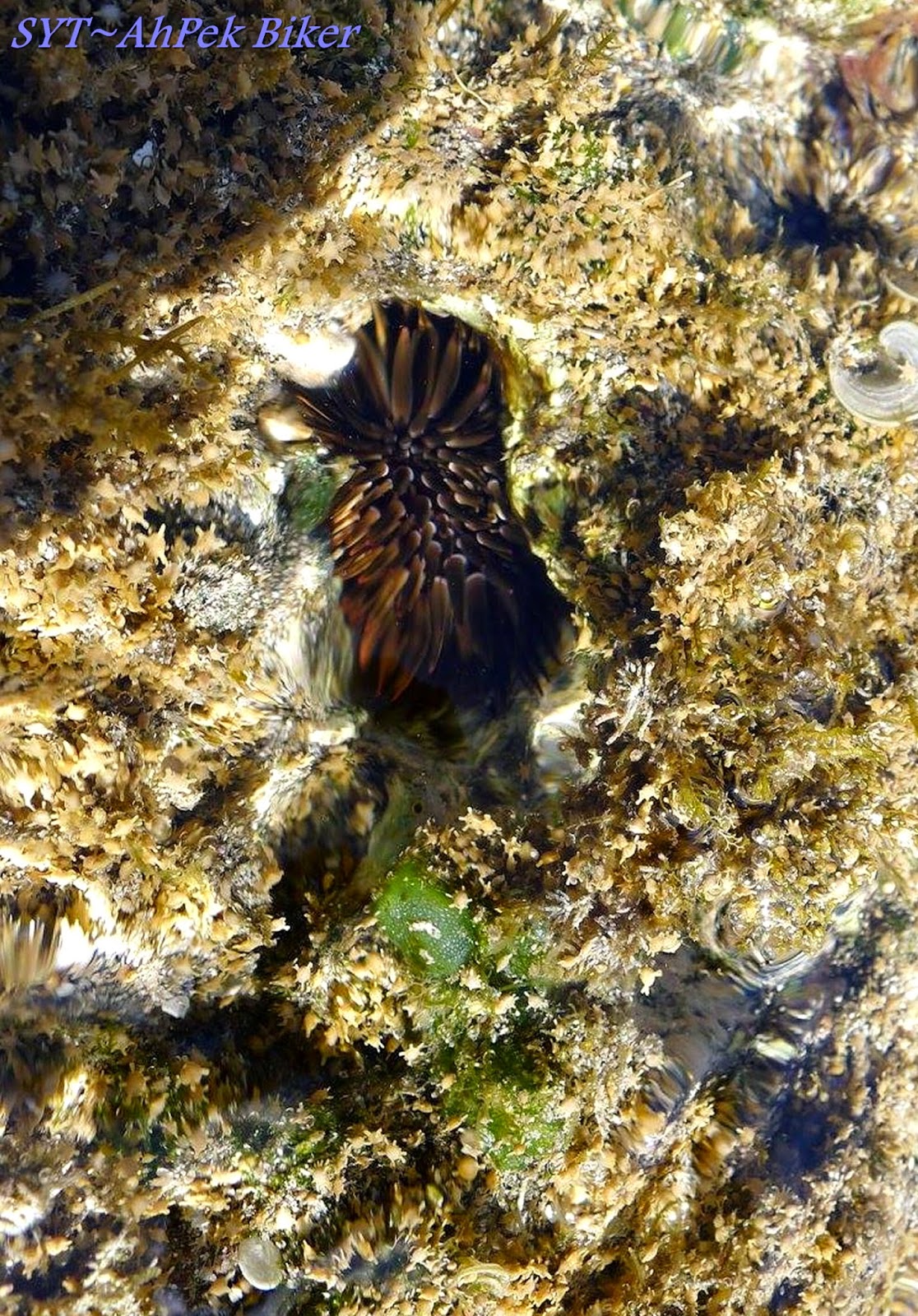 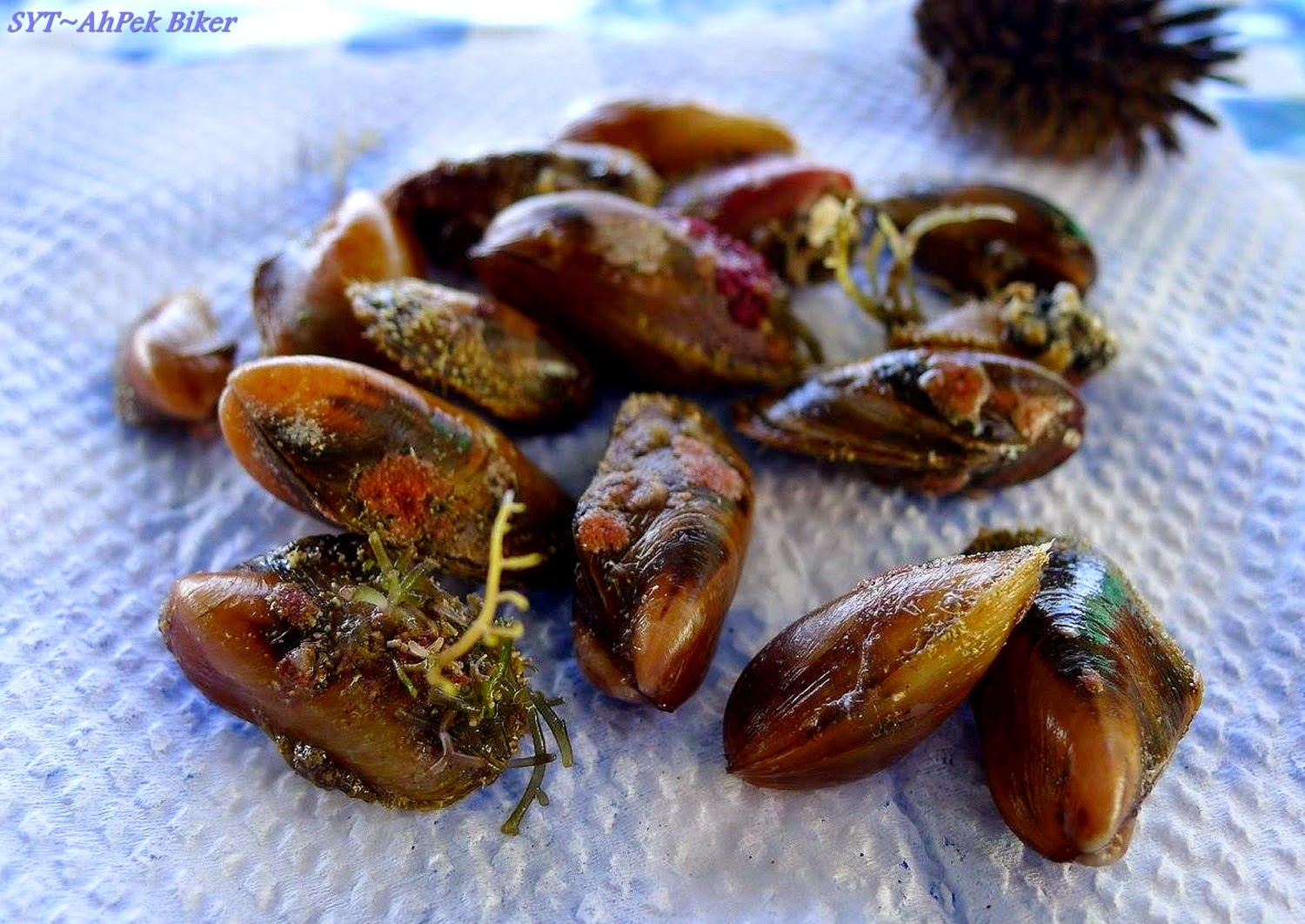 This is what I picked for the day. 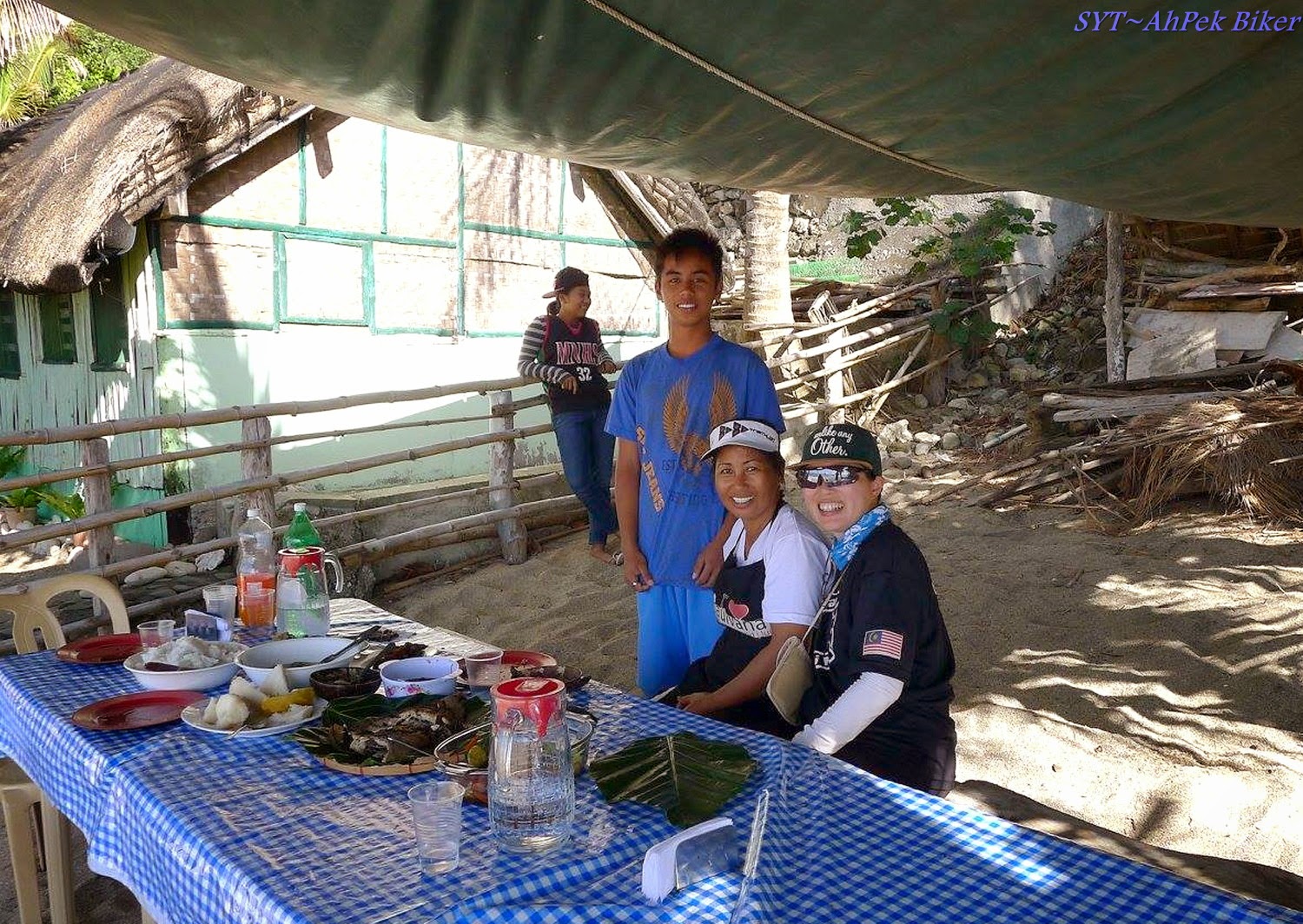 I was privileged to have spent the afternoon with them. They were trusting to take in a total stranger, welcomed me, fed me and showed me their backyard where they "played". I am grateful to Carol and Merly - they inscribed a beautiful memory for this journey and the inhabitants here are the true treasures of Batanes.