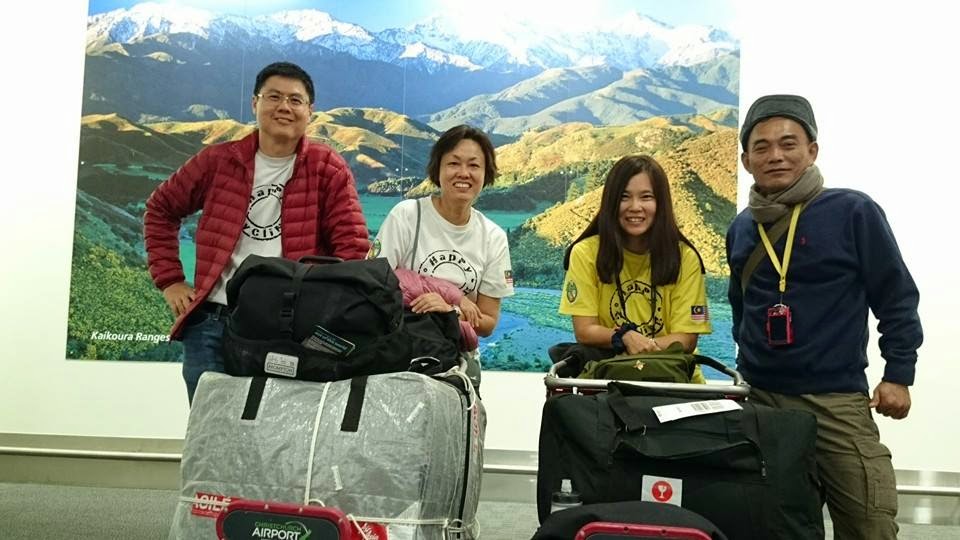 But the land of the long white clouds will have to wait a day first. You see, there is no direct flight from Kuala Lumpur to Christchurch, New Zealand. We had to fly Air Asia to Sydney and later take a Jetstar flight to Christchurch which will take us more than a whole day. This was a good thing too as it will allow us a few hours stop-over at Sydney. 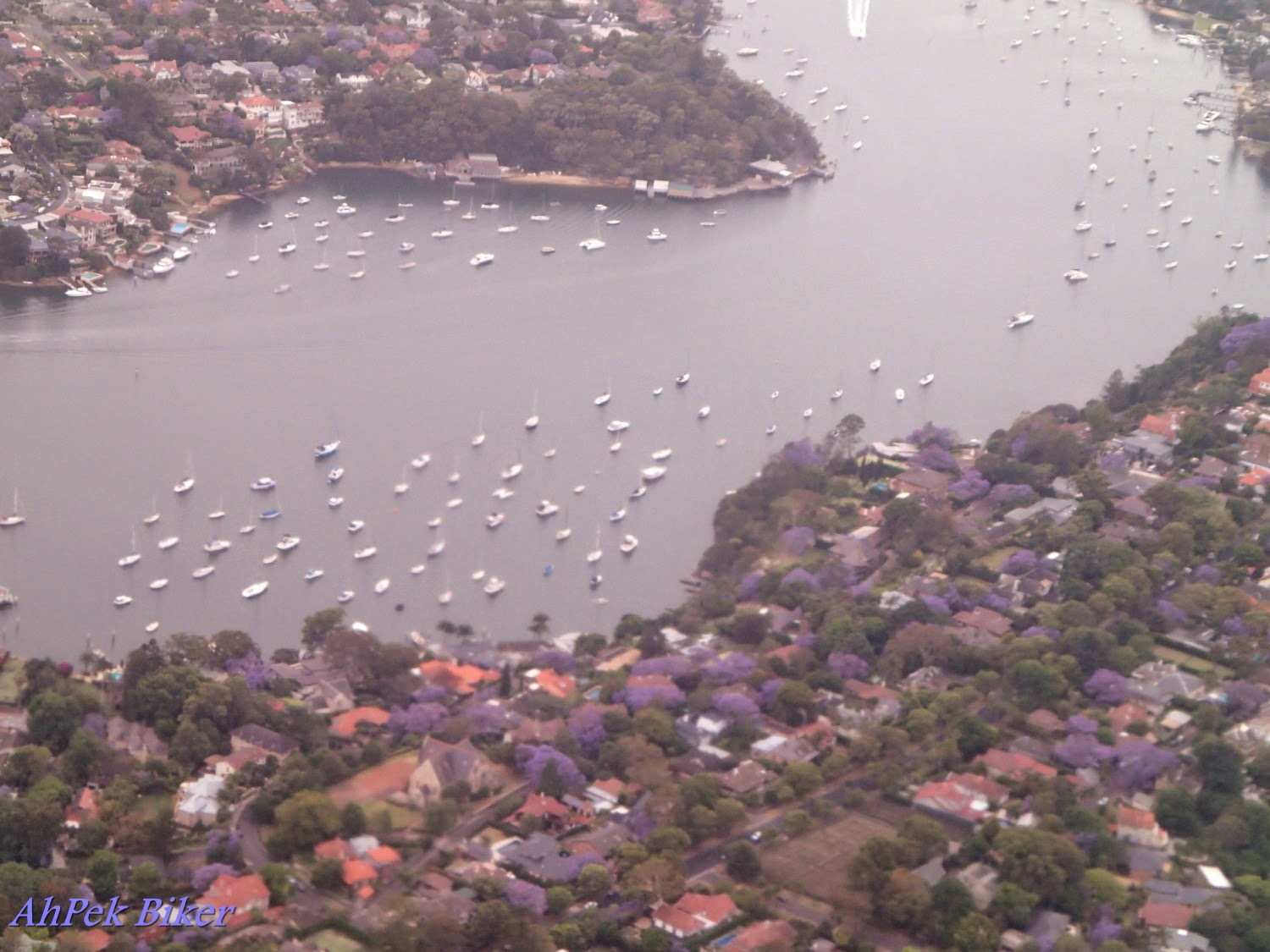 As we approached Sydney, my heart beat with excitement and anticipation as we will be meeting up with James our Australian friend. It's been a while since I saw James. Earlier in the year, he came over to Malaysia to do some cycling with us (... see Taiping Heritage Ride blog). Also it's been a while since I had visited the city. I like Sydney; it's bright and vibrant with so many places to enjoy within city and the nearby surrounding area (... see Syndey 2013 blog). 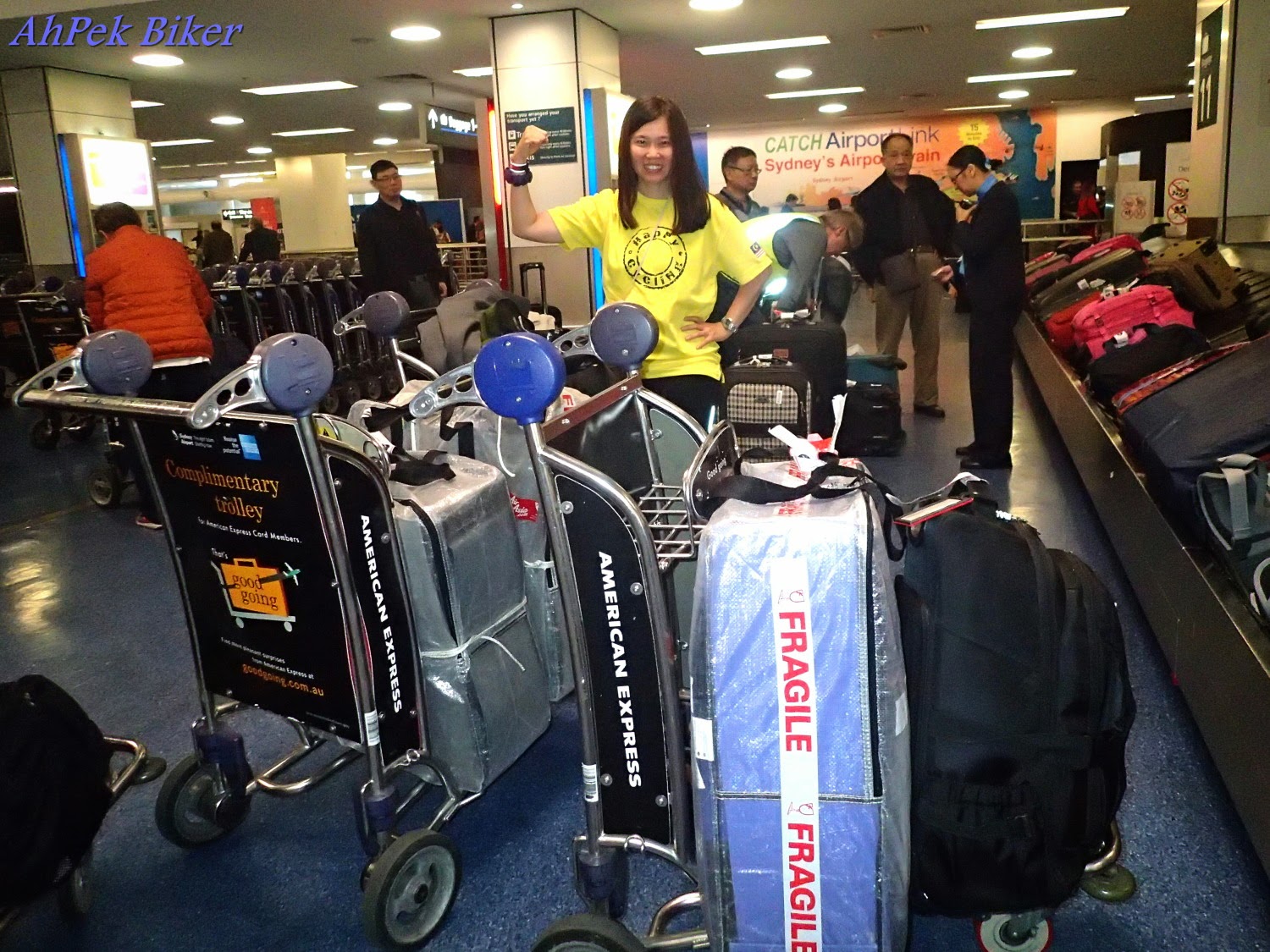 Surprisingly, we cleared the airport immigration and customs quite fast and easily. There were no hard questions and they did not open our bag or bikes for inspection. I guess our explanation that we will only be in Australia for a few hours helped.
When we reached the luggage carousels, Siew Yung was already there with all our luggage reclaimed and ready for us to go. Hah!.... she must be more excited than me! 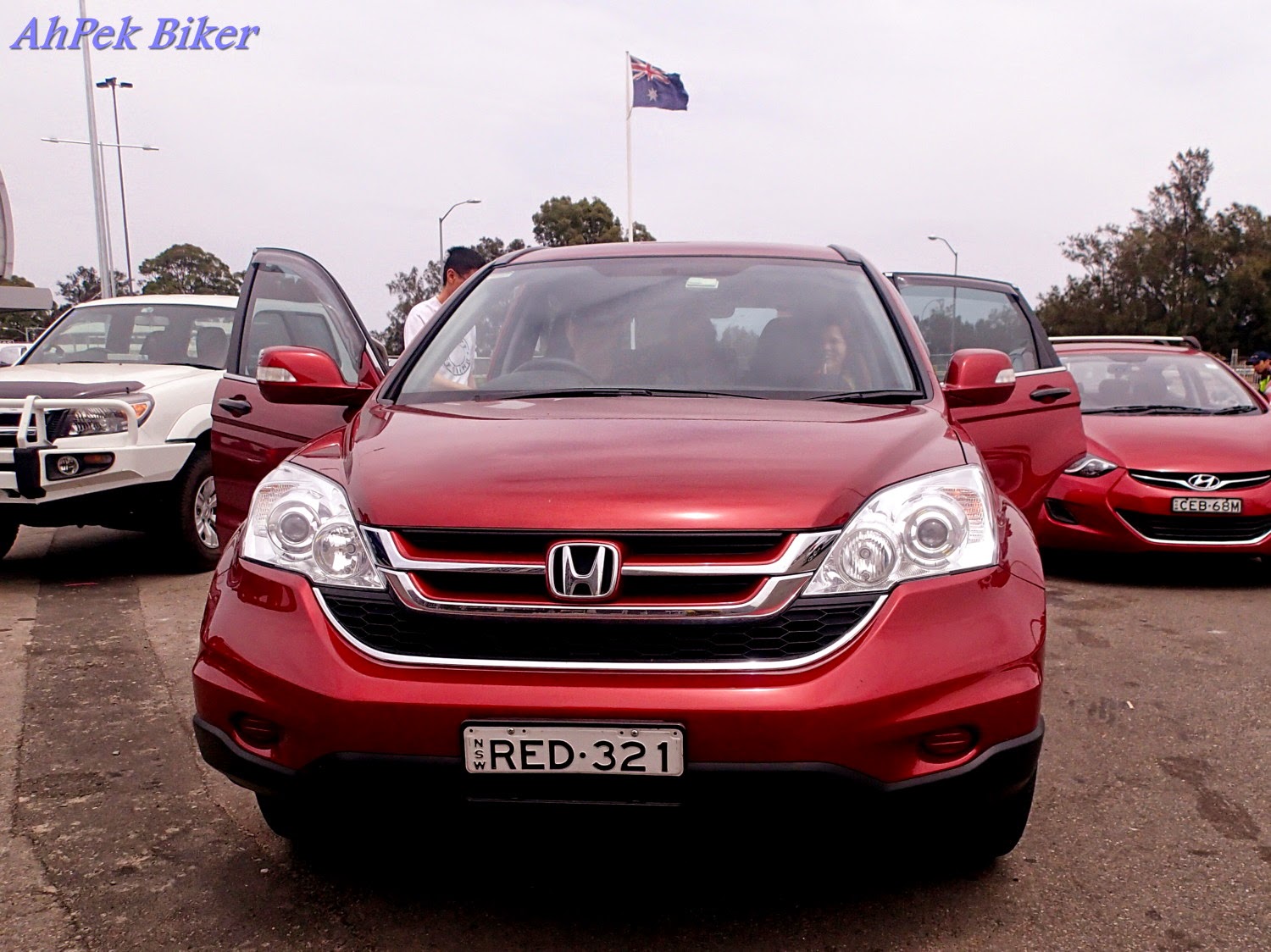 After leaving our luggage at left luggage, we met up with James at the airport Santos Coffee outlet and after a quick coffee, we were off!
James picked us up in his red Honda CRV which an appropriate number plate "RED 123". YES! It's a 123 countdown for a good start of our cycling adventure. And RED does also mean Retired; Extremely Dangerous. Will this tag-line apply to us when we cycle in New Zealand? Well, we will see... we will see...
We won't be cycling in Sydney as we did not want to dirty our bikes and have to clean it again for entry into NZ (New Zealand Customs is strict on dirt being brought into their country); our time in Sydney was just too short for that. James have kindly offered to show us around Sydney in his RED! 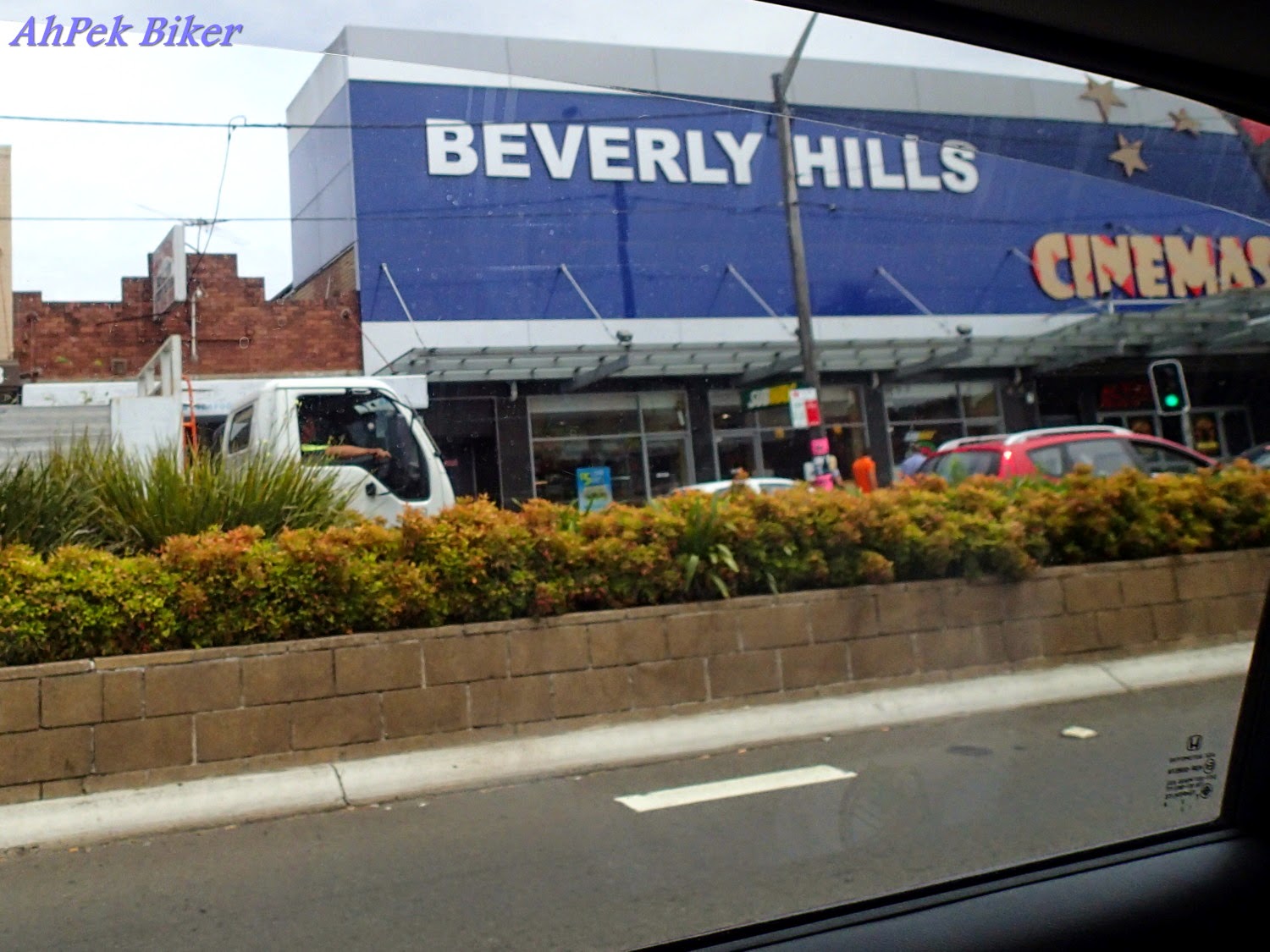 James took us on a short tour of Sydney's outskirts; passing by Beverly Hills (okay, this Beverly Hills, Sydney, so no mega-movie stars or hot starlets around). Before you ask: Nope, we did not go to any red light district in his RED; James is a decent man. 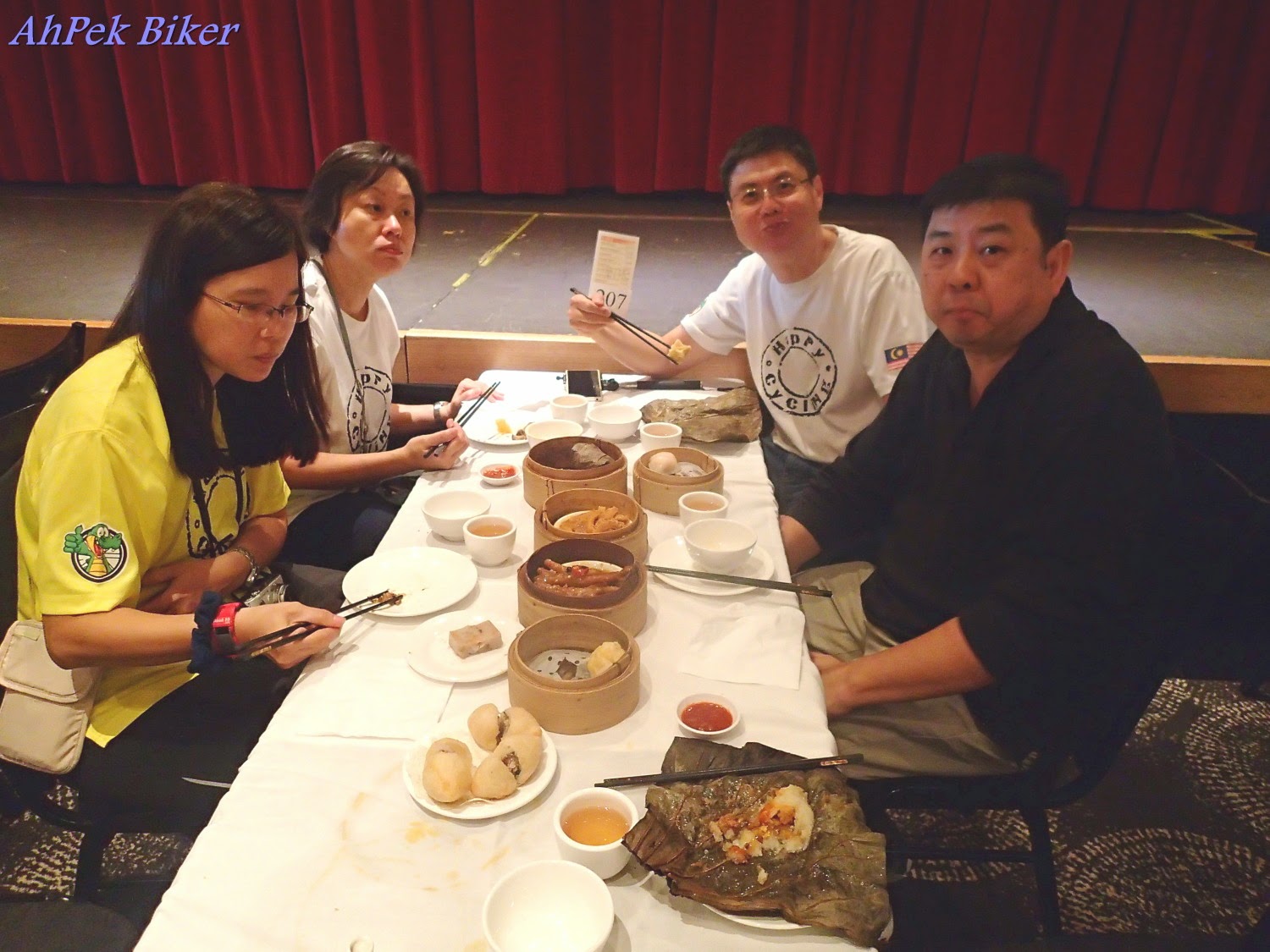 Instead James treated us to dim sum at the Chinatown section of Hurstville. Here they call going out to eat dim sum going for "yum cha" - which means drinking tea in Cantonese. 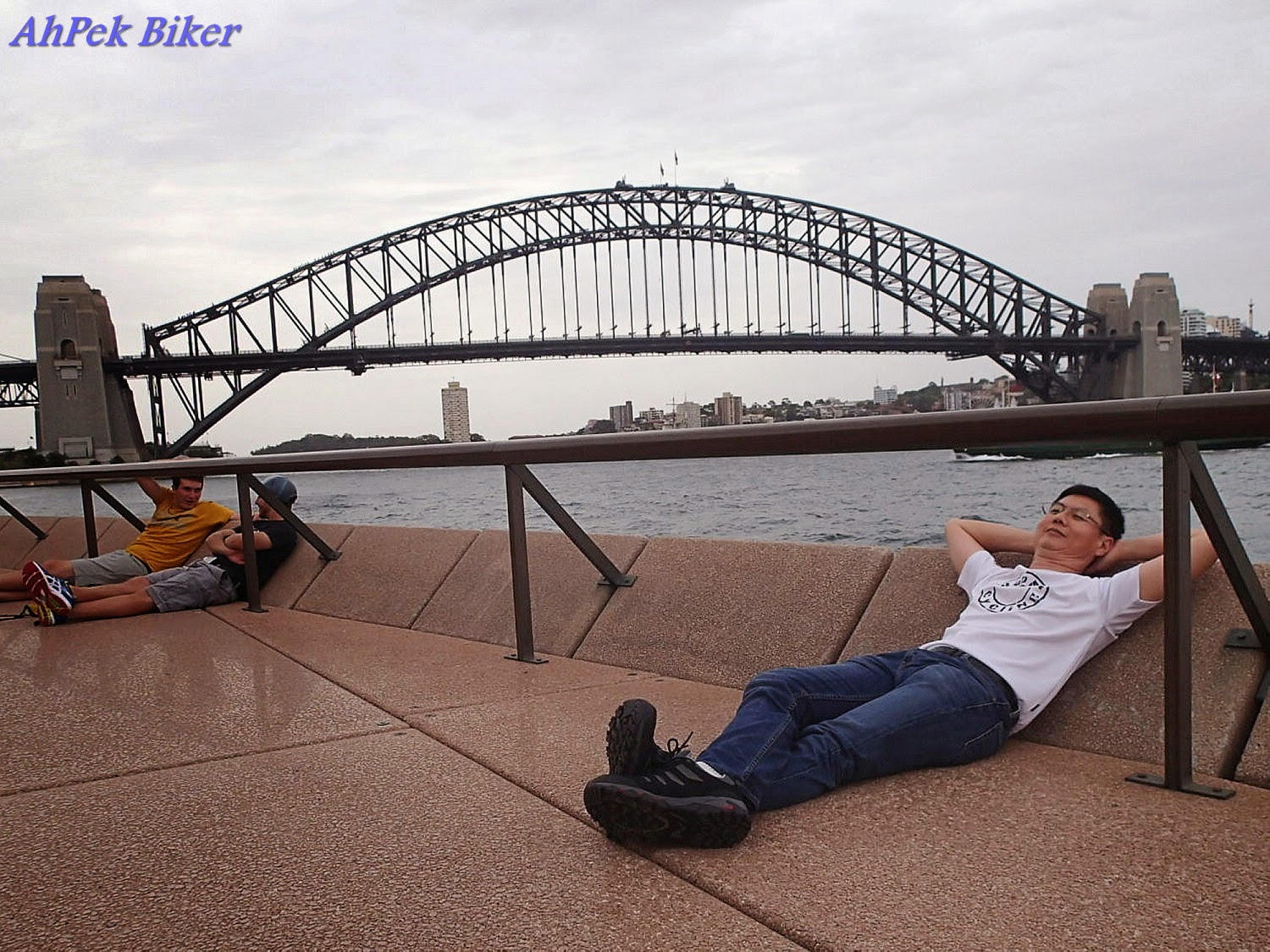 This was the first time Andrew is in Sydney, and he thoroughly enjoyed the city, taking some time to loll at the banks of the Parramatta River. 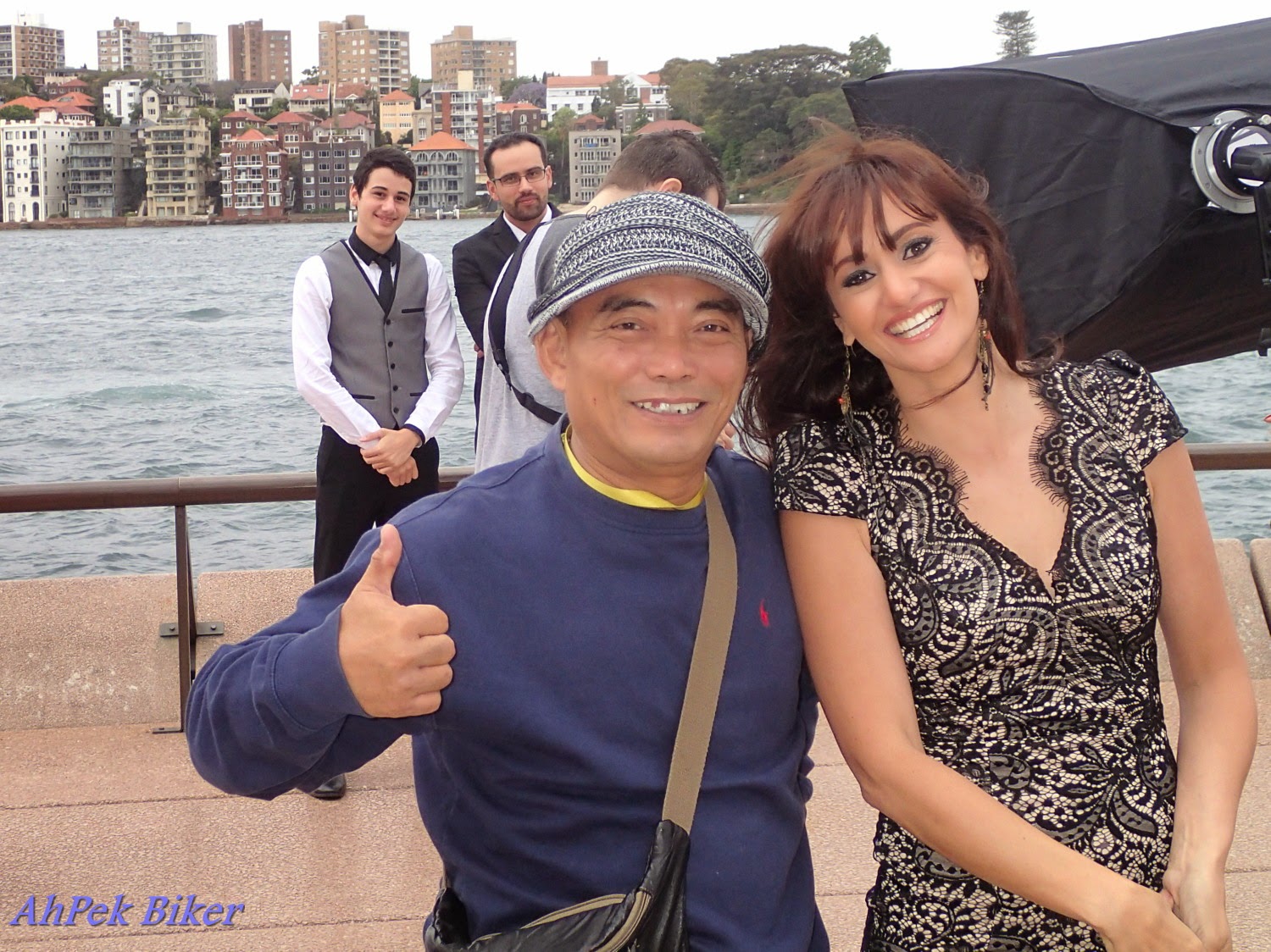 While he was catching the atmosphere of the place; I was lucky to catch this lady who closely resembles Penelope Cruz. She was part of an bridal entourage having a photo shoot.
Hey! Perhaps she IS Penelope! 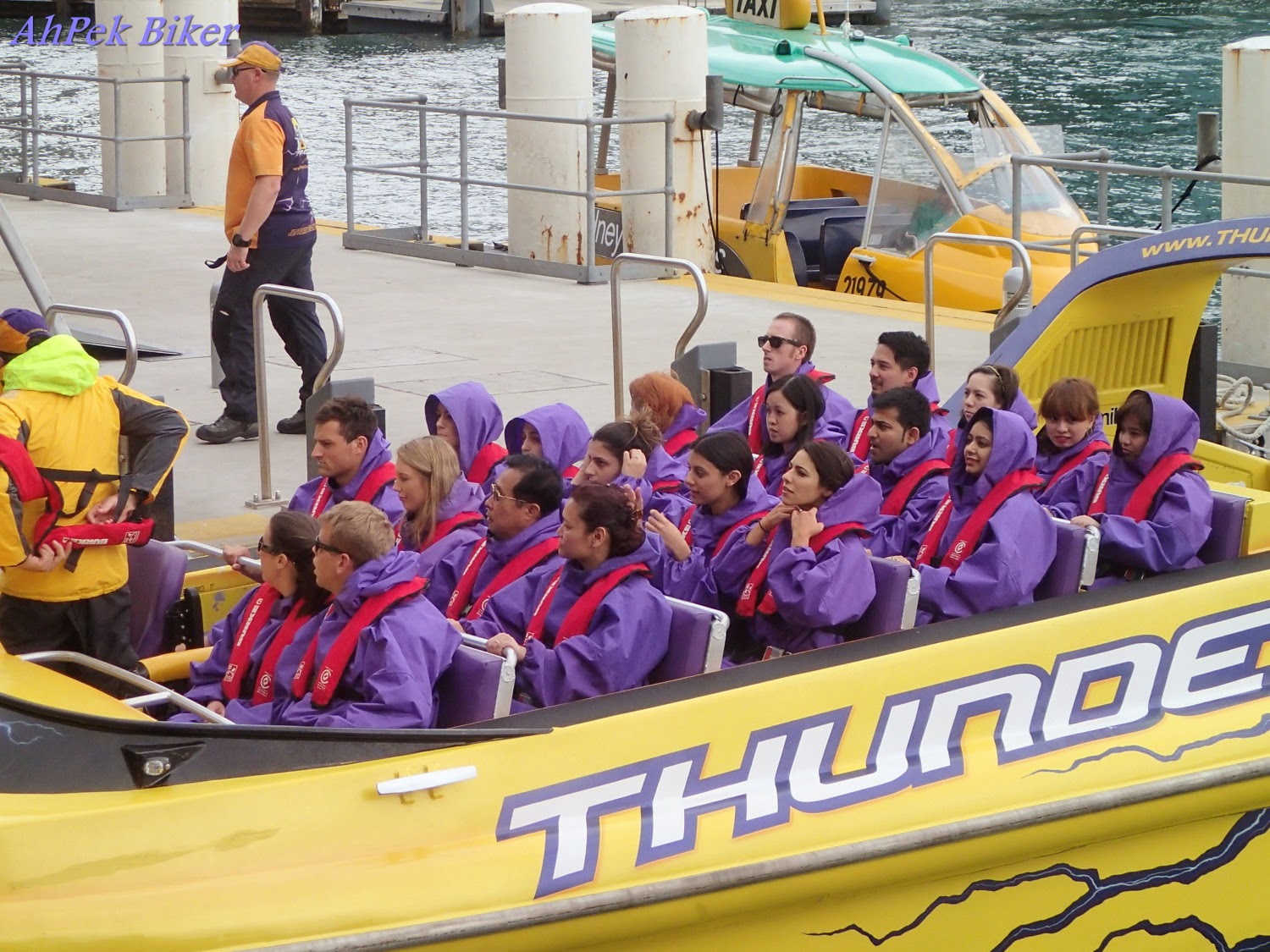 I also caught sight of these group, clad in bright purple robes. Many would have thought that they are part of a New Orleans blues choir. No those are not robes, but rather they were raincoats to protect them from spraying jets of sea water while they are out riding this Thunder Jet fast speed-boat.
But it would have been a sight if they started singing while riding over the waves! 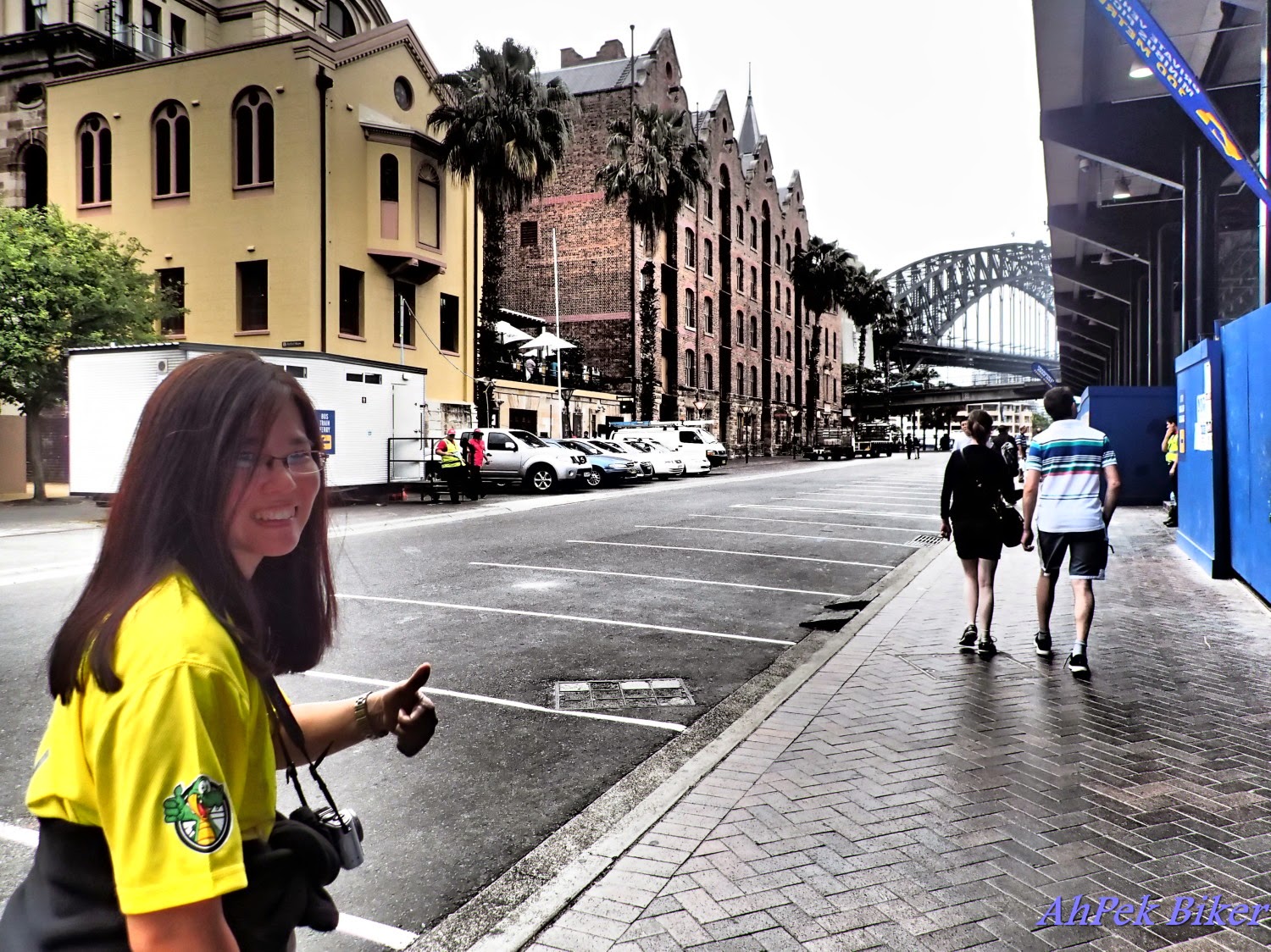 Taking a short walk at The Rocks, Siew Yung loved the old world charm of the place. This is one of the older quarters of Sydney, with many interesting narrow alleys for the explorer to weave through. 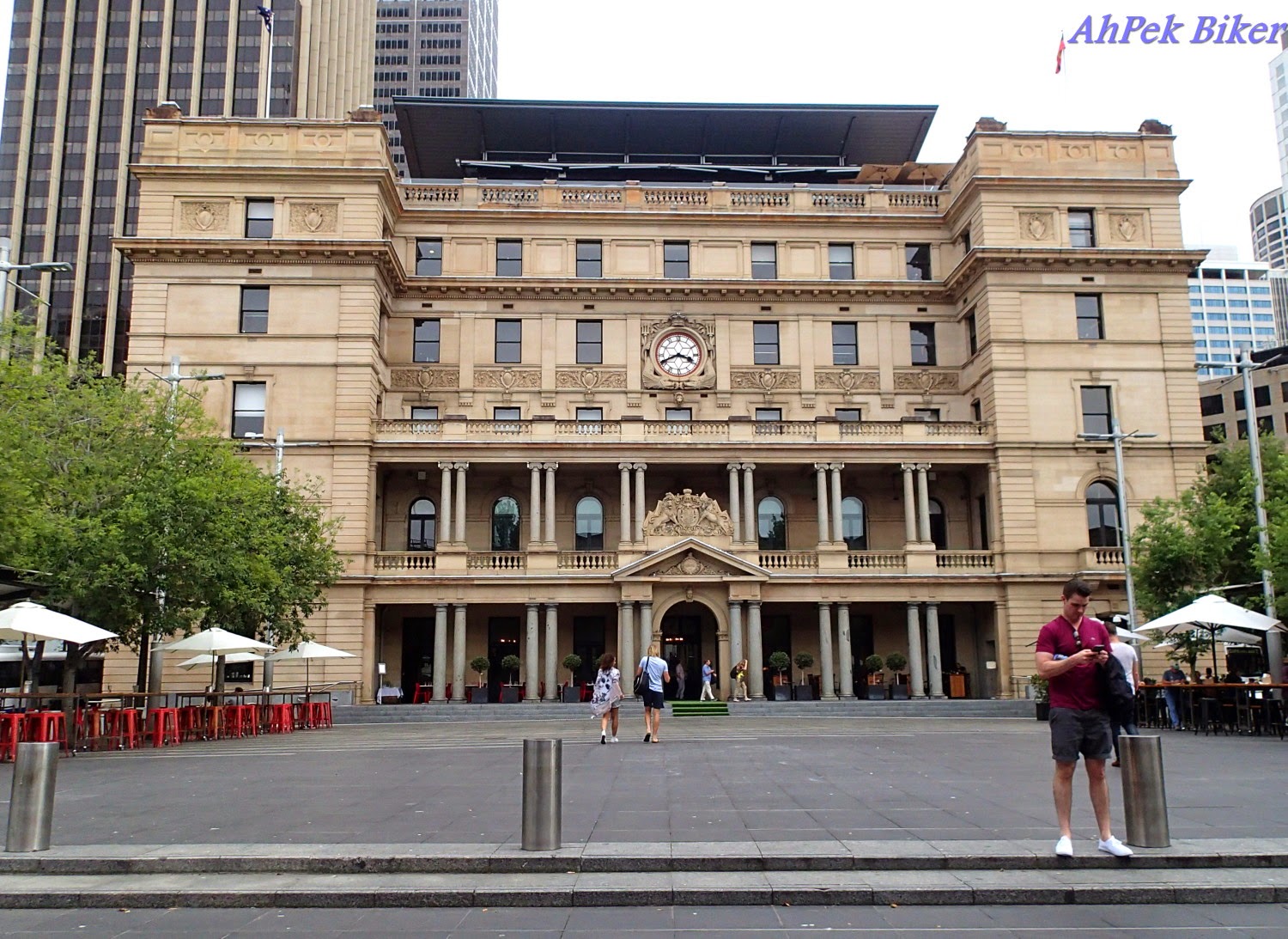 If you are at Sydney Harbour do not miss the Old Customs House; it's at the far end of Circular Quay in the direction towards The Rocks. 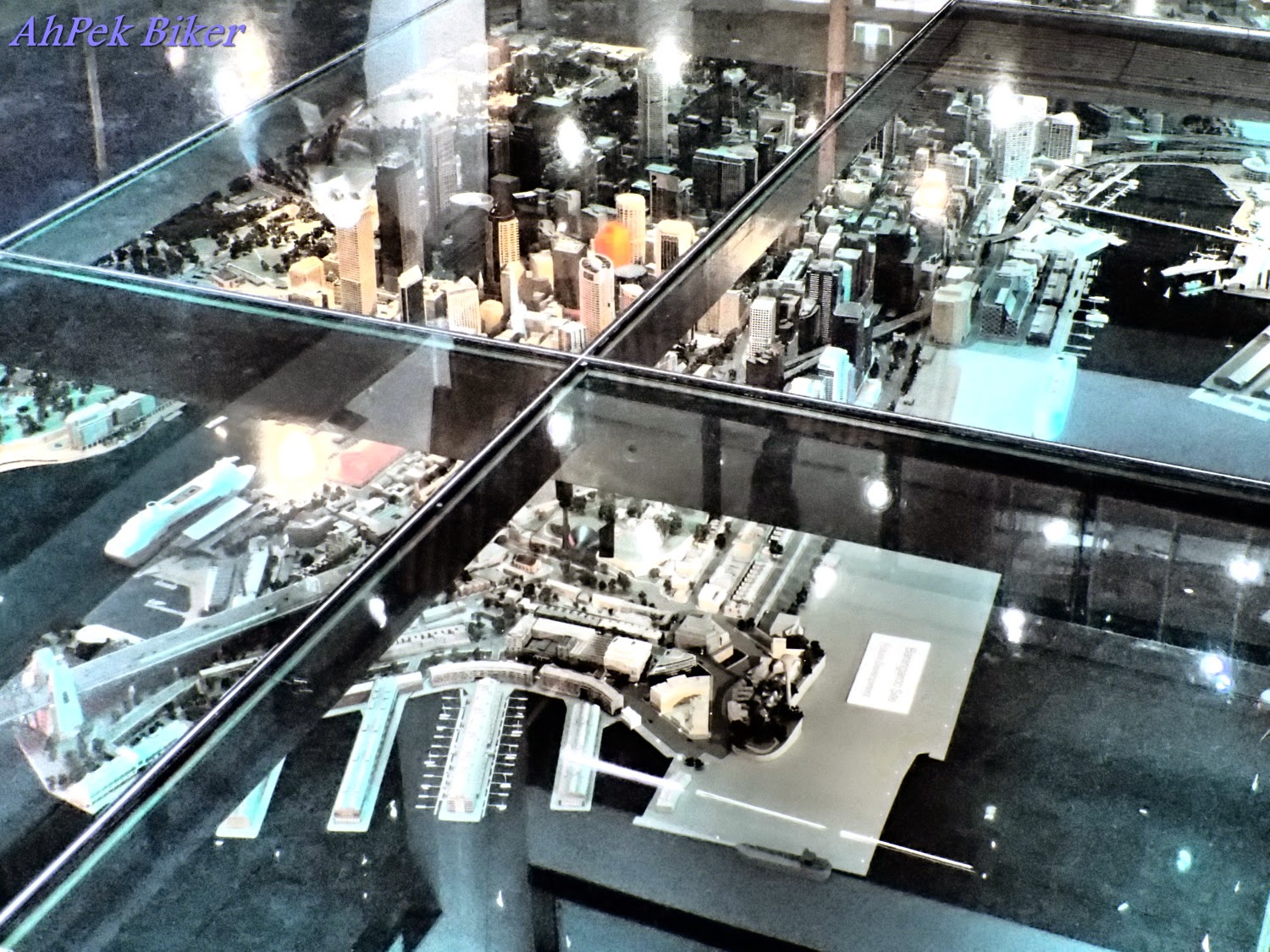 Inside this refurbished old building, there is a glass floor through which one can see a large detailed 2-D model of down-town Sydney. 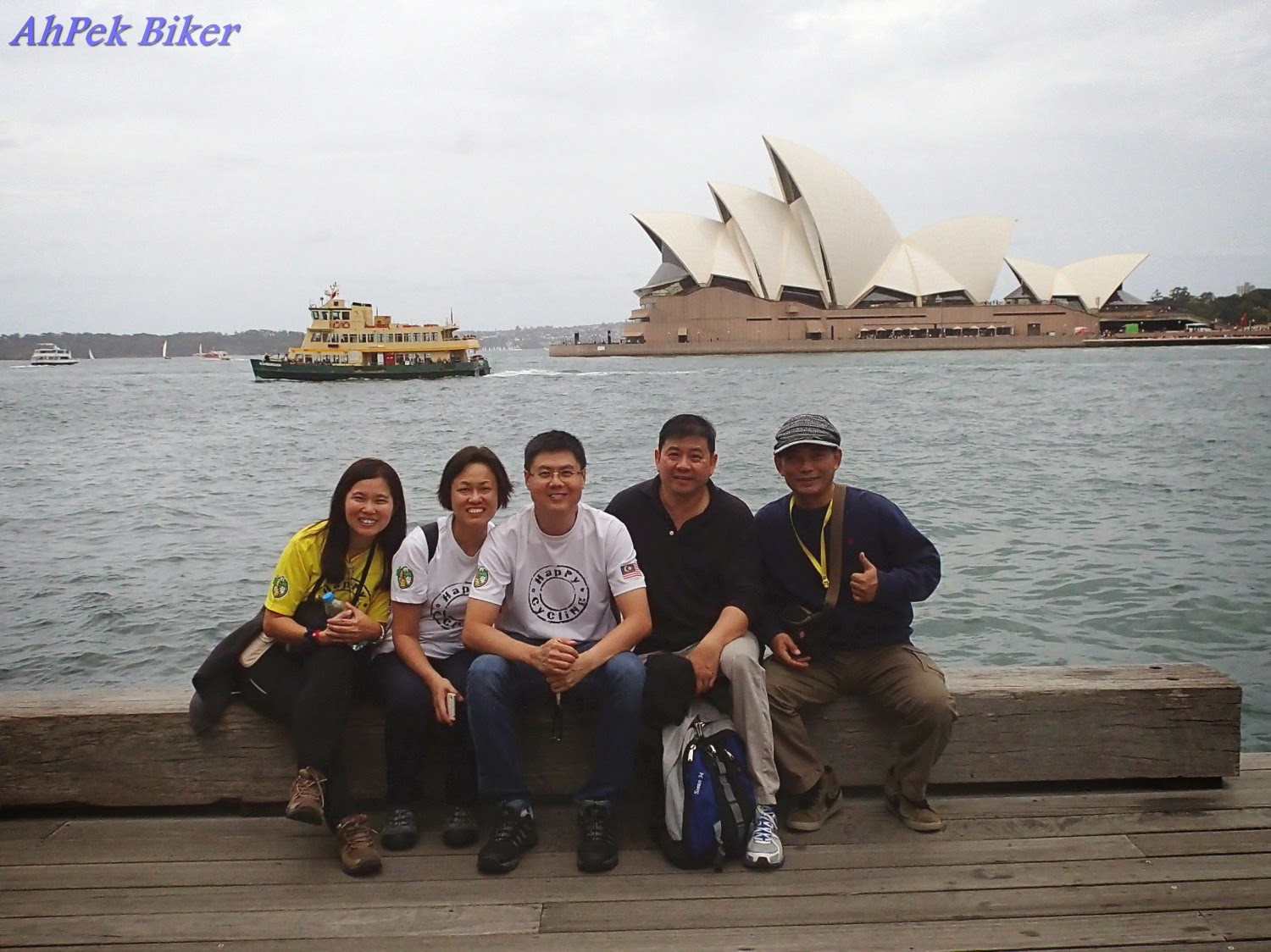 Well, it's time to leave Sydney.
We have a plane to catch to Christchurch.
Many thanks James, we had a short but lovely time with you and your city.
Good Dai! 6:00pm Sydney time : We have collected our luggage from Left Luggage and had checked in for our 7:45pm Jetstar flight to Christchurch. That important thing done, we had our dinner at the food court in the airport. This is one nice food court with food from various countries; they have Thai, Japanese, Chinese etc. More importantly, the food pricing here is relatively cheap by airport standards, almost the same cost as food out of the airport. 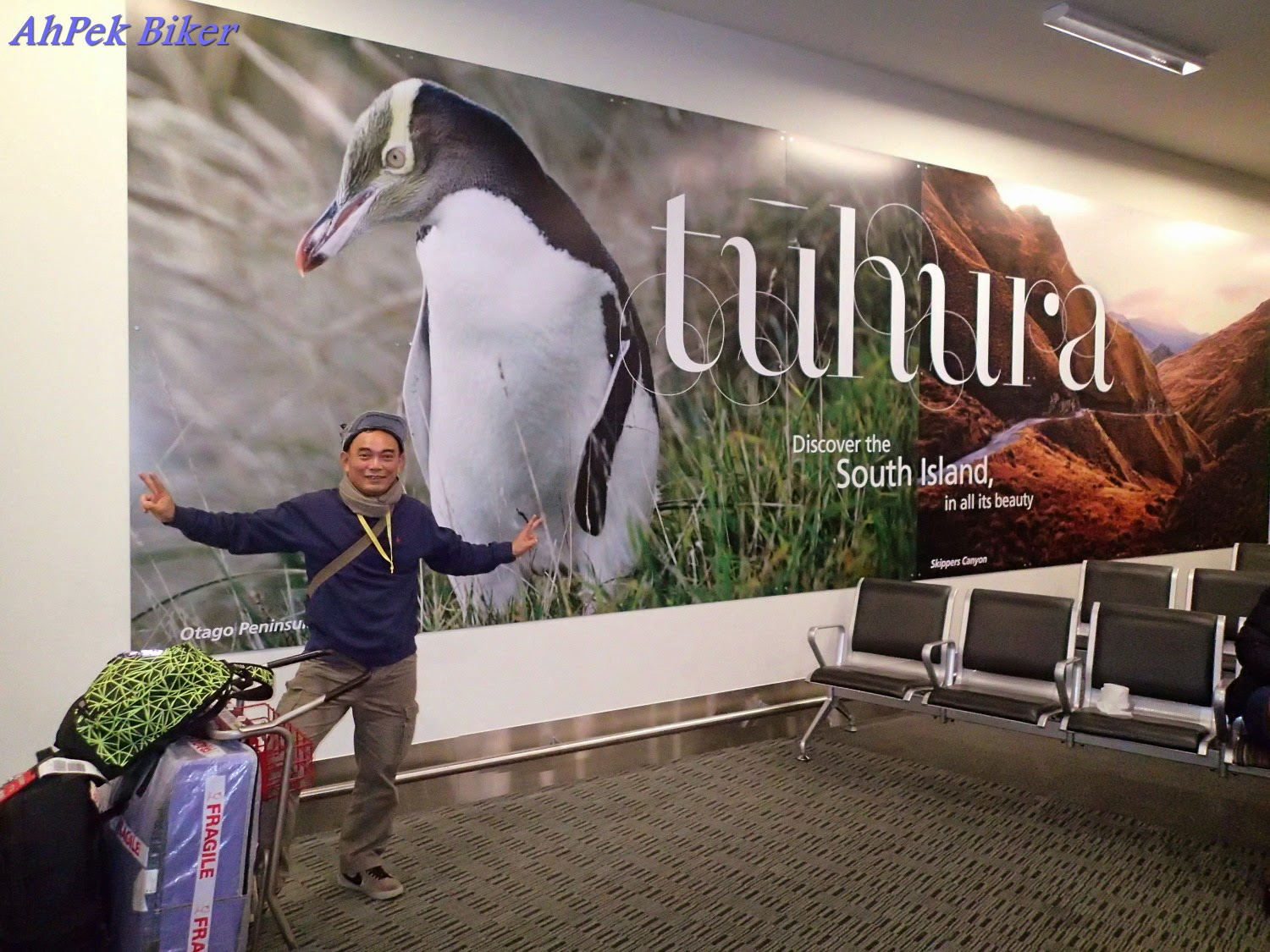 12:20am New Zealand time. (the next day actually).
KIA ORA!
Welcome to Aotearoa, the land of the long white clouds. Welcome to New Zealand.
We have arrived! 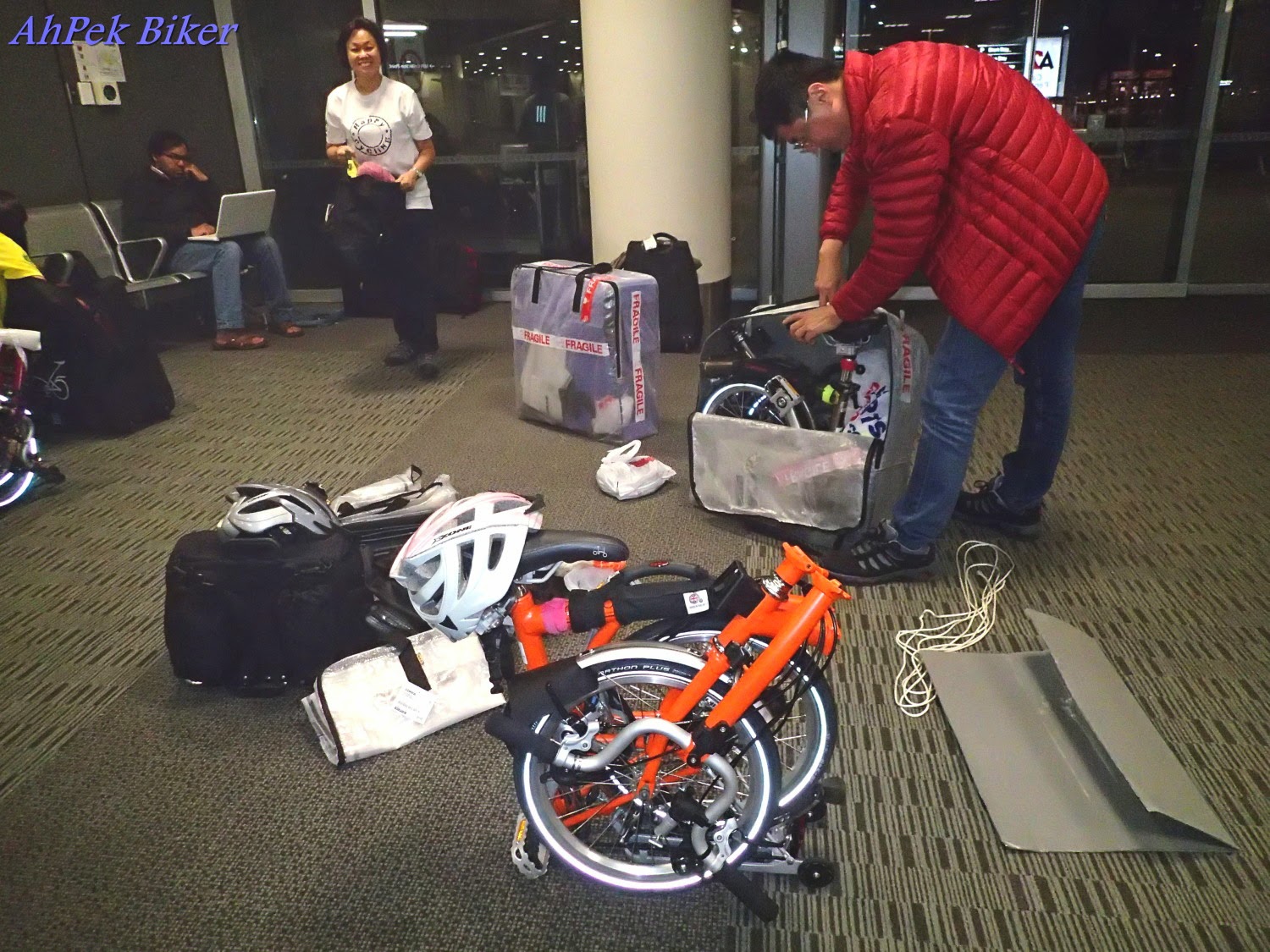 Clearing Immigration and Customs was a breeze. The New Zealanders have a culture that is based on honesty, trust is very important. The Customs officer just asked us a few questions based on what we have answered on the immigration entry forms and that was it! No hassle of having to open our luggage and bike bags for inspection. He trusted us and we in our honesty, looked very trustworthy.
At an open area of the arrival lounge, we unpacked and unfolded our bikes, ready to start cycling. After more than a day of travelling our cycling legs were itching to be scratched. 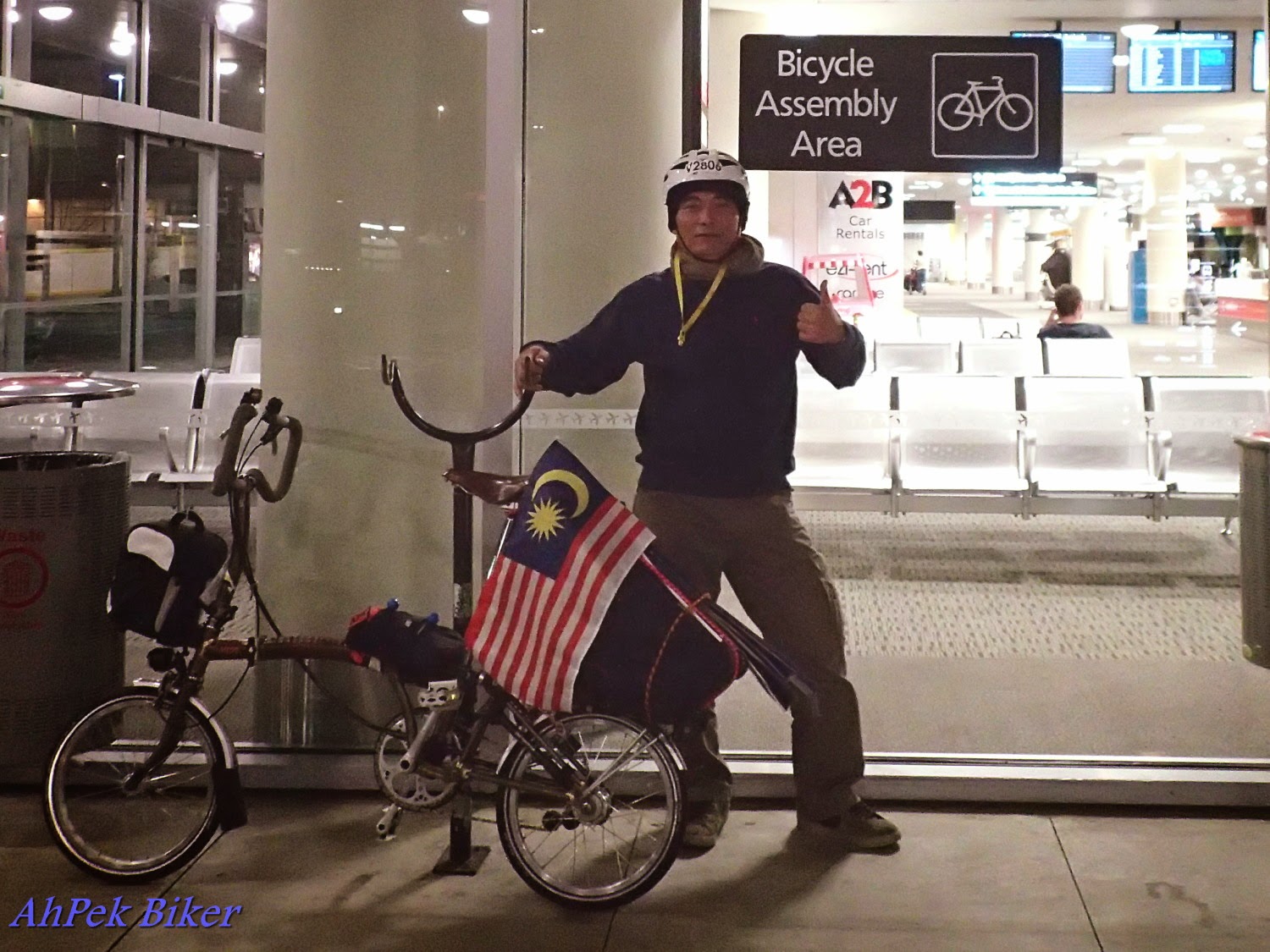 From the start, we were given the impression that New Zealand is a very cycling-friendly country. Just outside the arrival lounge is an area for assembling bicycles.
But I must confess that we did not use this area, the early morning temperature of five degrees centigrade with a blowing breeze was just to cold for us from the tropics; we hid indoors to assemble our bikes. Brrrrr.....!
We cycled over to Leon's B&B where we will be staying the night. By the time we slept it was past 3:00 am (but still just 10:00 pm Malaysian time). We were excited for the coming days, but this had been a long day and we quickly fell asleep.

GOOD NIGHT or should I say GOOD MORNING!