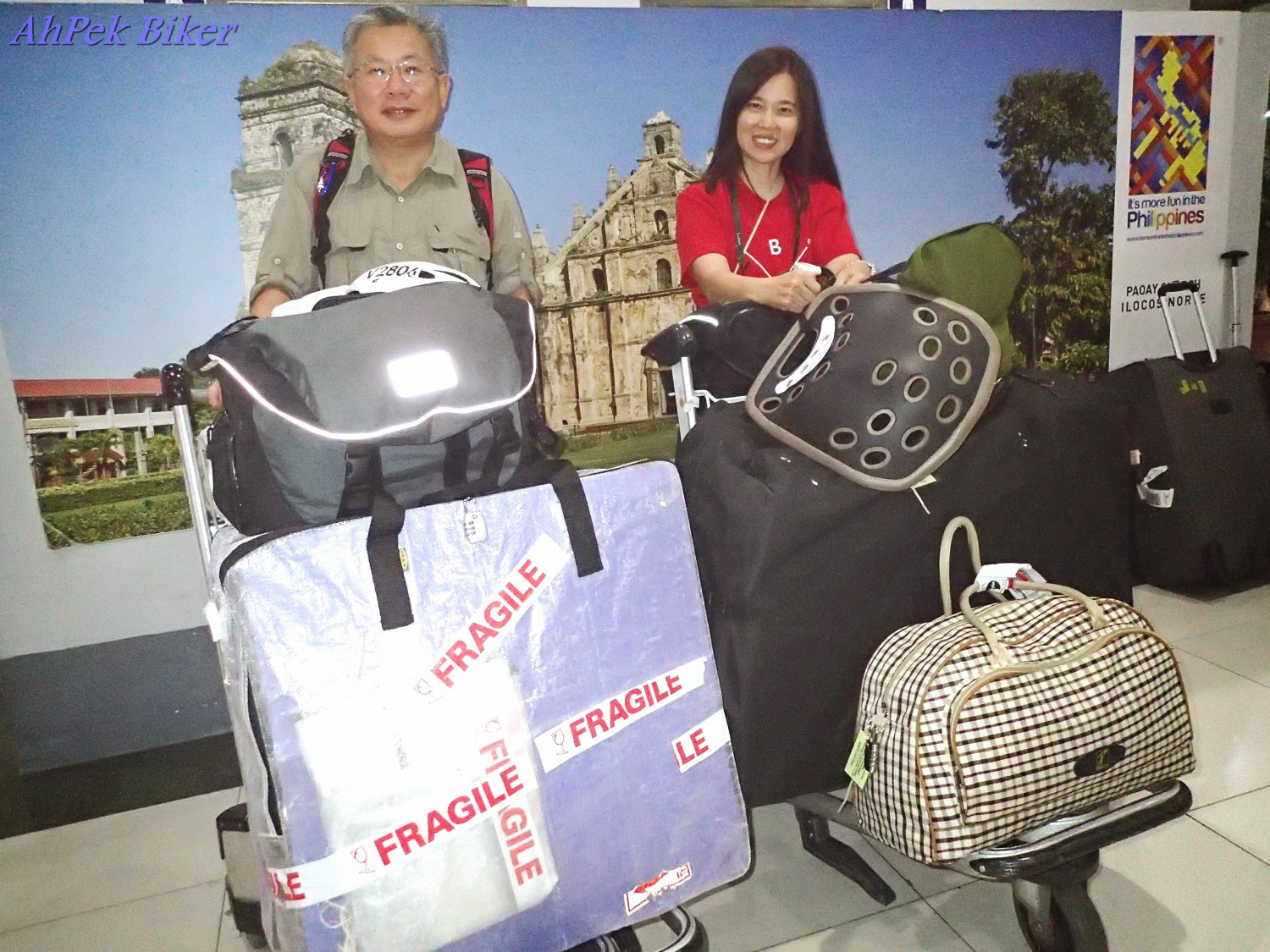 Batanes Islands, Philippines - Day 1 : 14th March 2015
Group Ride - Manila?
After months of planning and anticipation, the day is here. In the early morning the taxi was waiting for me, he wasn't blowing his horn like in the song. The "Blow UR Horn" will come later at Batanes where this is the islands' famous iconic catch phrase printed onto T-shirts and other souvenirs.
I quickly loaded my minimum (7kg) luggage, and we headed to pick Siew Yung up at 7:00am. Our flight is at 11:30am but we always go early in case of any hiccups especially as we are bringing our bicycles along. 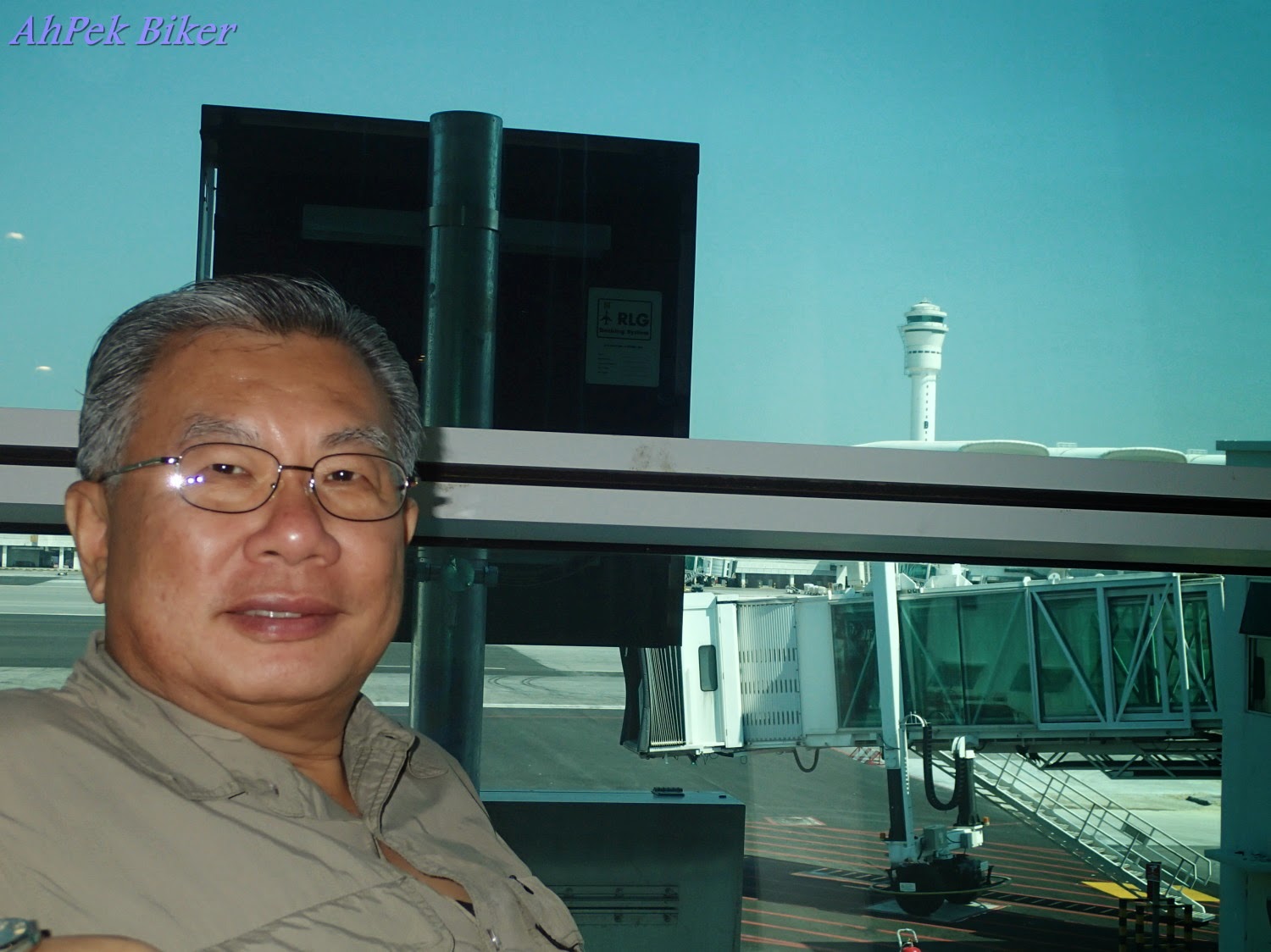 Sitting there at the passenger lounge, we were patiently waiting to board our flight and at the same time we were eager for the plane to come - not only was the Philippines beckoning us, we had some new friends that we are eager to meet up with. Days before we had posted at the Brompton Riders Asean Group FaceBook page stating that we will be in Manila and had hoped that some local members will be able to show us their beautiful city. We got a prompt reply from Mark Lim who had quickly help organise a ride to take us around; so we were most fervent in wanting to meet this kind soul and his warm friends.
BAD NEWS!
An announcement through the speakers put paid to our plans to cycle in Manila. There will be a more than three hours delay in our flight! Haiz! That's the thing about travelling with budget airlines...
I quickly texted our Filipino friends and apologised for the delay. 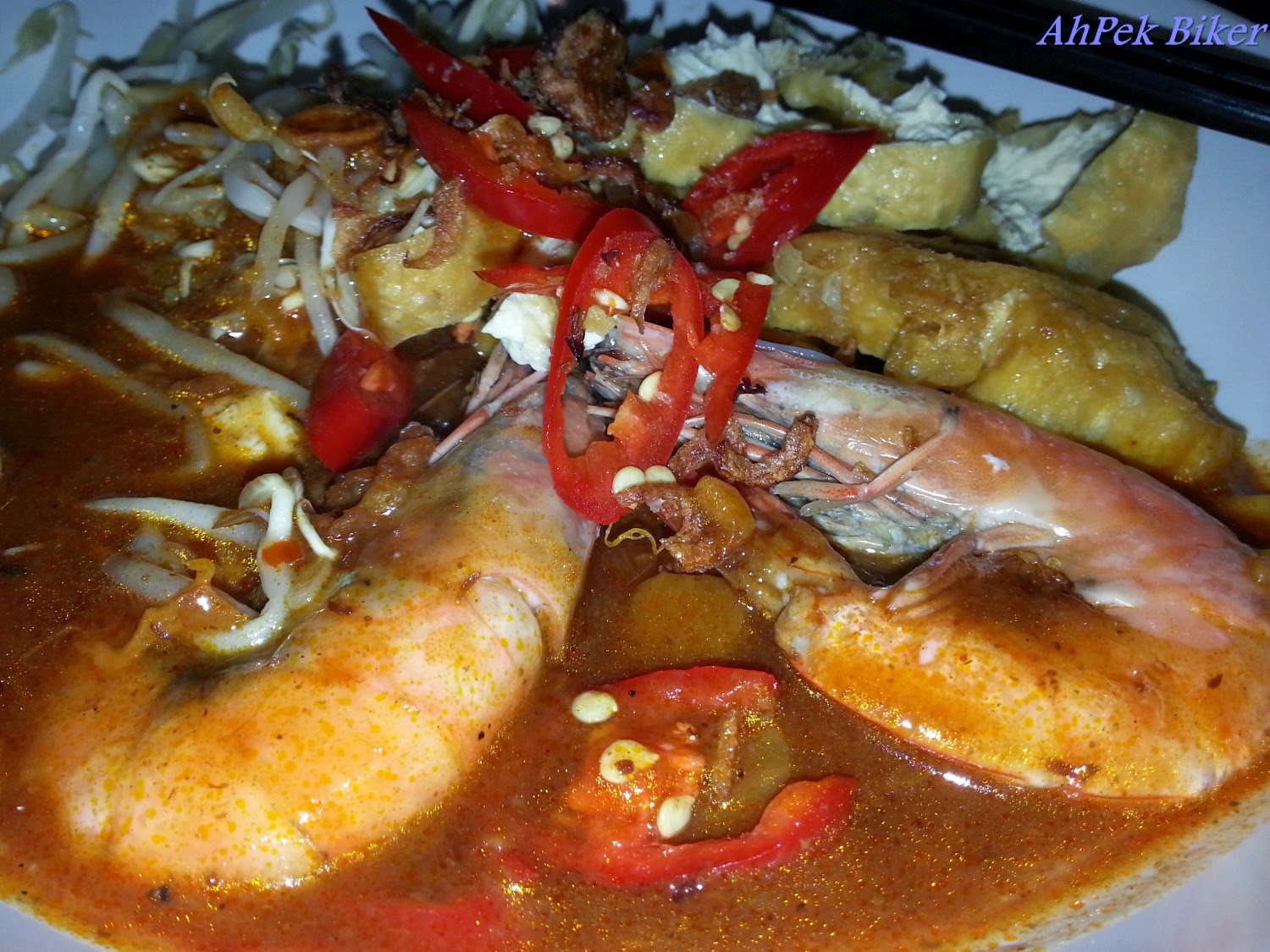 Well as Buddha says, what has happened has happened, no point fretting over it. It's just Karma; so we might as well go for lunch and chat over a cup of coffee. At the airport's food court, I had this Mee Jawa, it was a tad too sweet. 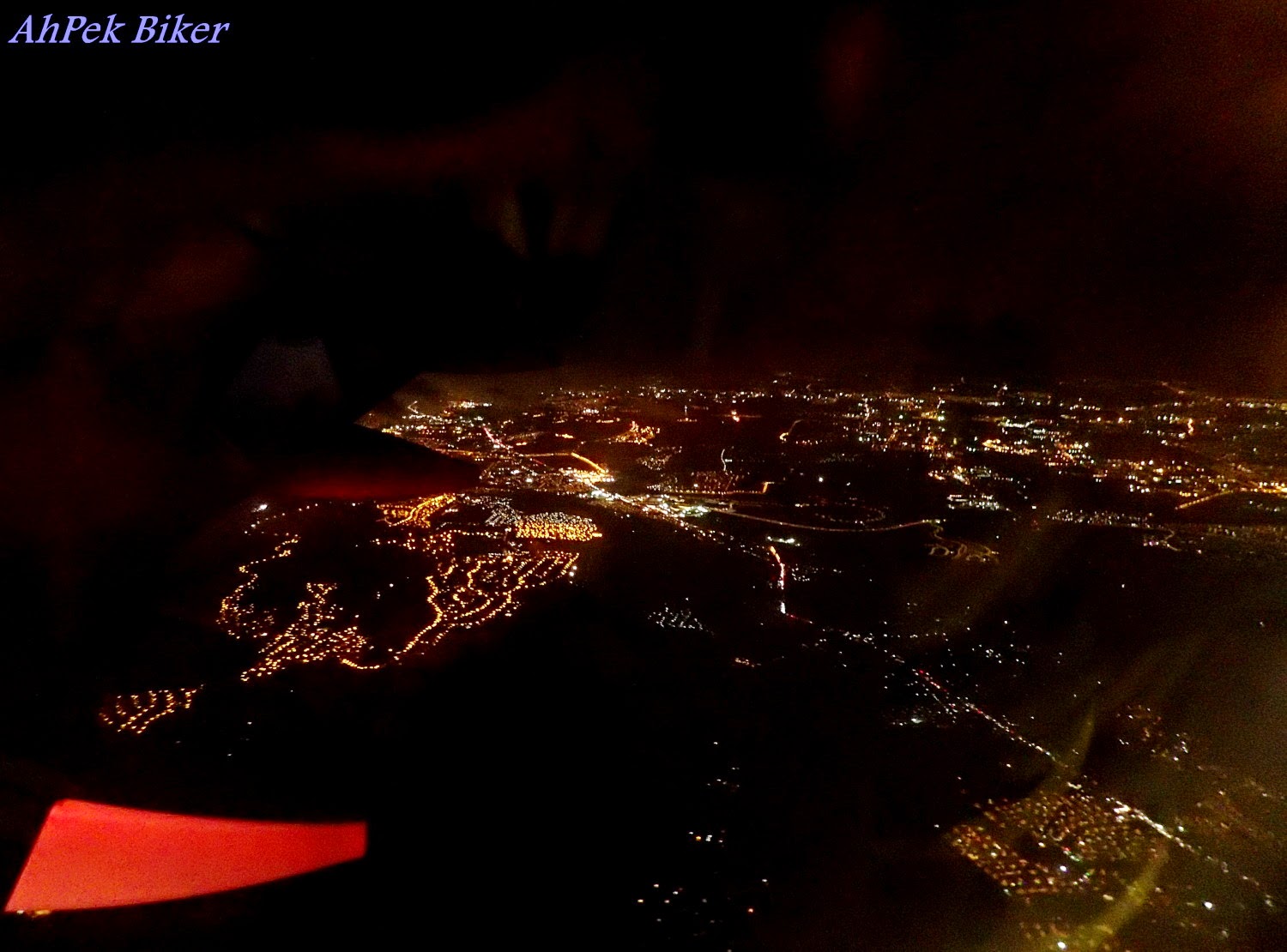 7:10pm - We arrived at Manila. Flying over the city, I caught glimpses of the city lights, wondering what it's people were doing down there. Founded more than a millennium ago, Manila is a large metropolis covering almost 2,500 hectares and with a population of 1.65 million. Yes, there would be a lot to see and learn about the city; but by the time we left the airport and checked into our hotel (it was almost 8:30pm) and too late to ride with our Filipino friends. 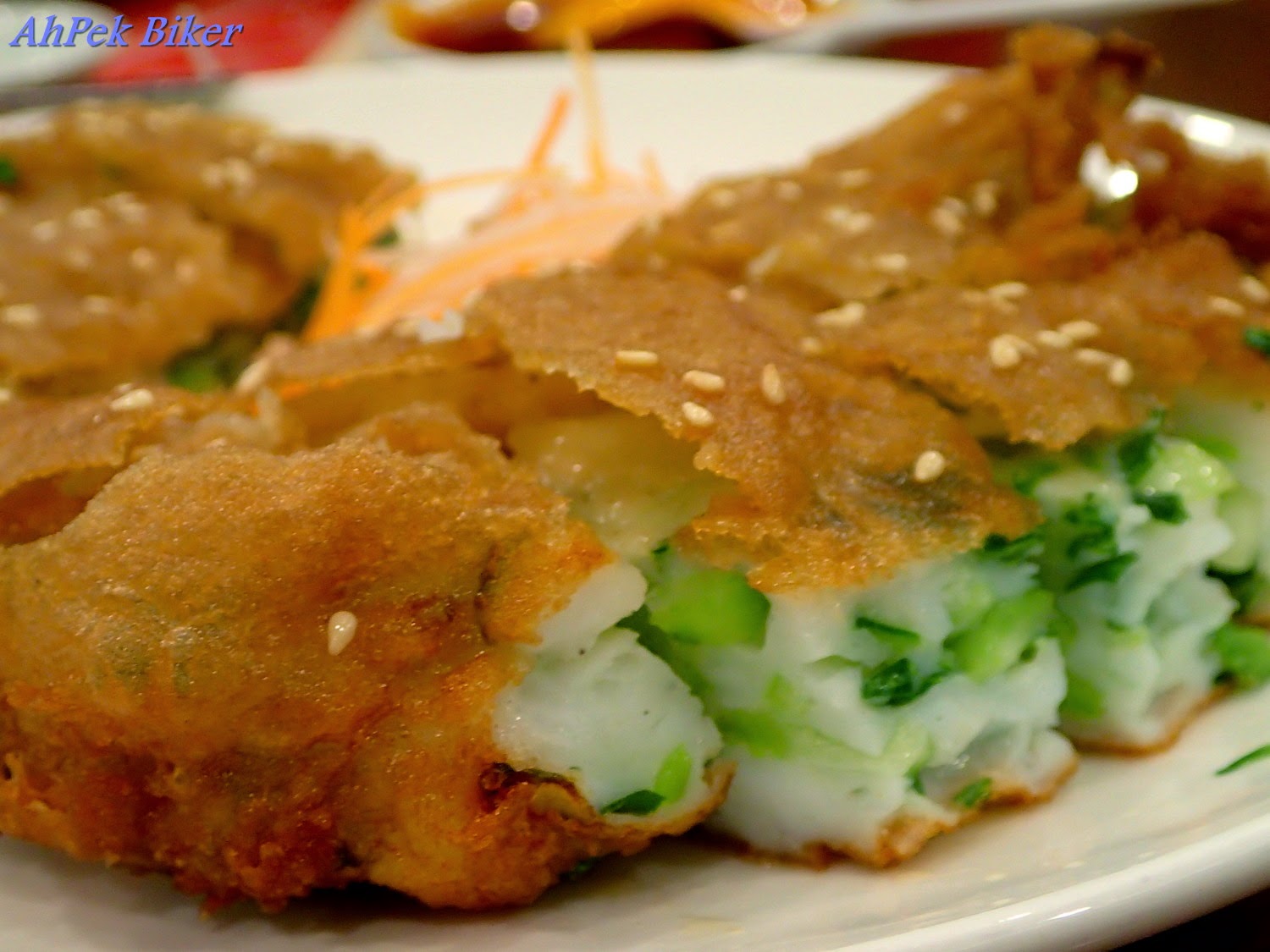 Hungry, we just dumped our luggage into our rooms and headed out for dinner. Being unfamiliar with Manila and for lack of time, we just decided to walk over to the nearby shops. We ended up at Luk Foo, a Chinese restaurant; where among the dishes we had was this nice Minced Squid with Chinese Lettuce. This was a tasty and interesting dish; Chinese food in Manila is somewhat different from that of Malaysia, so it was a good eating experience for us.


In the meantime, our friends from the Brompton Club of the Philippines had gathered expecting to meet up with us. Apologies, due to the flight delay we were a no show.


They rode out into the night lights & sights of Manila. How we wished we could have joined them....
Regrets..... there was no THRILLA IN MANILA for us.


Having to catch an flight to Batanes in the wee hours of the next morning, we went to bed early.
I slept dreaming of scenes from the You Tube video "The Great Batanes Travel Log Montage" with high hopes that the islands will be as beautiful and as scenic as shown in the video.