PRELUDE
I am thankful that I am blessed, life seems to be treating me well. I have been travelling much lately and evenmore so I have been fortunate to go on a few bike-packing trips overseas. Just not too long ago we went far south to cycle in New Zealand (... see Cycling New Zealand blog). This time round we will be the going to the Philippines. Eventhough I have heard so much of these islands, I must have been "a frog under the coconut shell" (that's a Malay proverb) as this will be a début visit to the country. So this trip will an eye-opener for us to experience the country and it's people, and we certainly got to do both. 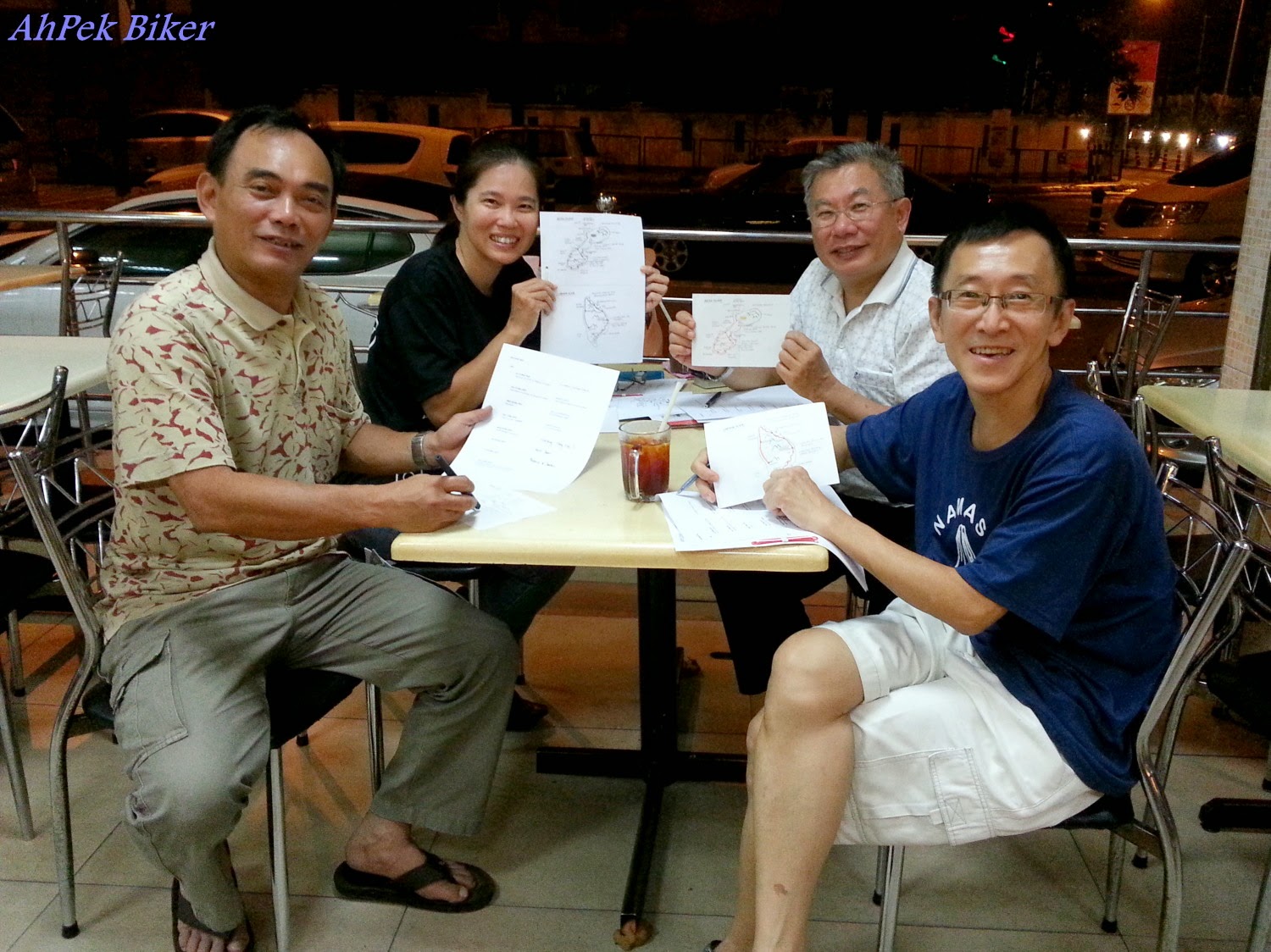 KS Ong, an avid photographer and cyclist, had seen beautiful photos of the Batanes in the Philippines; and had popped the question of going cycling there. So here we are at a Mamak shop having one of our regular meet ups to plan our trip. There were four of us including CK Ong, but due to some unexpected work load CK could not join us at the last minute. Poor him, it was an opportunity lost to view and enjoy the islands; and a lost chance for us to get to know each other better.
Siew Yung did most of the research (with some input by KS) on the places to visit, stay, etc. She even drew sketches of the islands for easier discussions.
To get better rates we booked our flights earlier - from Kuala Lumpur (KL) to Manila we flew AirAsia and coming back from Manila we took Cebu Pacific Air. To & from Batanes we flew Philippines Airline (PAL); flying to Batanes is not cheap but we managed to the more reasonable priced Economy Fare. This fare did did not allow for checked in luggage unless one purchase it at MYR20 per kg. So we could only bring 7 kg of cabin luggage; it was a good reason to learn how to travel light.
Initially there was a question of whether we could bring our own bicycles there as there was some difficulty in writing to PAL, and then pre-booked bicycles rental on the island was uncertain too.... No cycling? Gosh! Without that a good part of the fun will be lost.
Fortunately, days prior to our departure, Siew Yung managed to book sports equipment via PAL for us to bring our bikes along. It will cost us more, but we aren't complaining, we just love cycling too much.
SO IT'S A GO!


Oops.... another near miss!
A few days prior to the flight, Siew Yung developed some severe back problems, it was so bad that at a stage the pain prevented her from walking. Fortunately she saw an occupational therapist who managed to ease off the pain, still while in the Philippines her back did give her some difficulty. To alleviate her difficulty, I helped pack her Brompton bicycle. While in there, Ong & me did our best to help her out, carrying her bike when necessary, etc. Despite her pain, she was brave to stick it out; Batanes was probably just too alluring to miss. And we did also get to make new cyclists friends from the Brompton Club of the Philippines there.

Below are the blogs on the individual days of our trip. Click on the relevant photo to go to the respective blog. Hope you will enjoy them *smiles*.