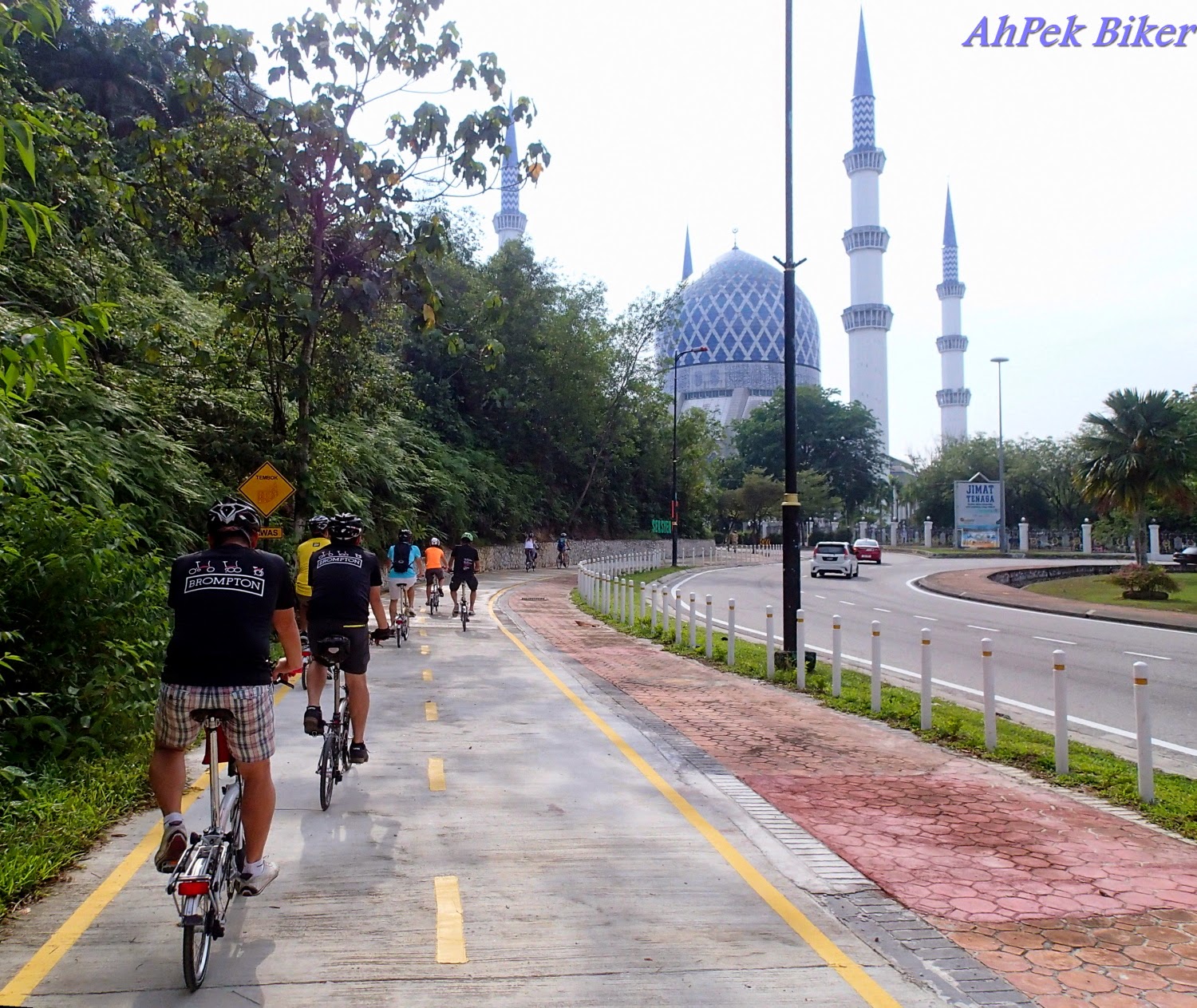 Recently, I had the opportunity to try out the cycling lanes of Shah Alam while riding there with some friends. I had always thought Shah Alam as a place that's clinically clean as it is one of those newly planned cities that have been built up within a couple of decades. Using these tracks was a pleasure as it showed me a different side of the city.
UPDATE April 2021:
Seems the lanes have not been well maintained; see comments from a reader below. If you do cycle there, please do it with care. 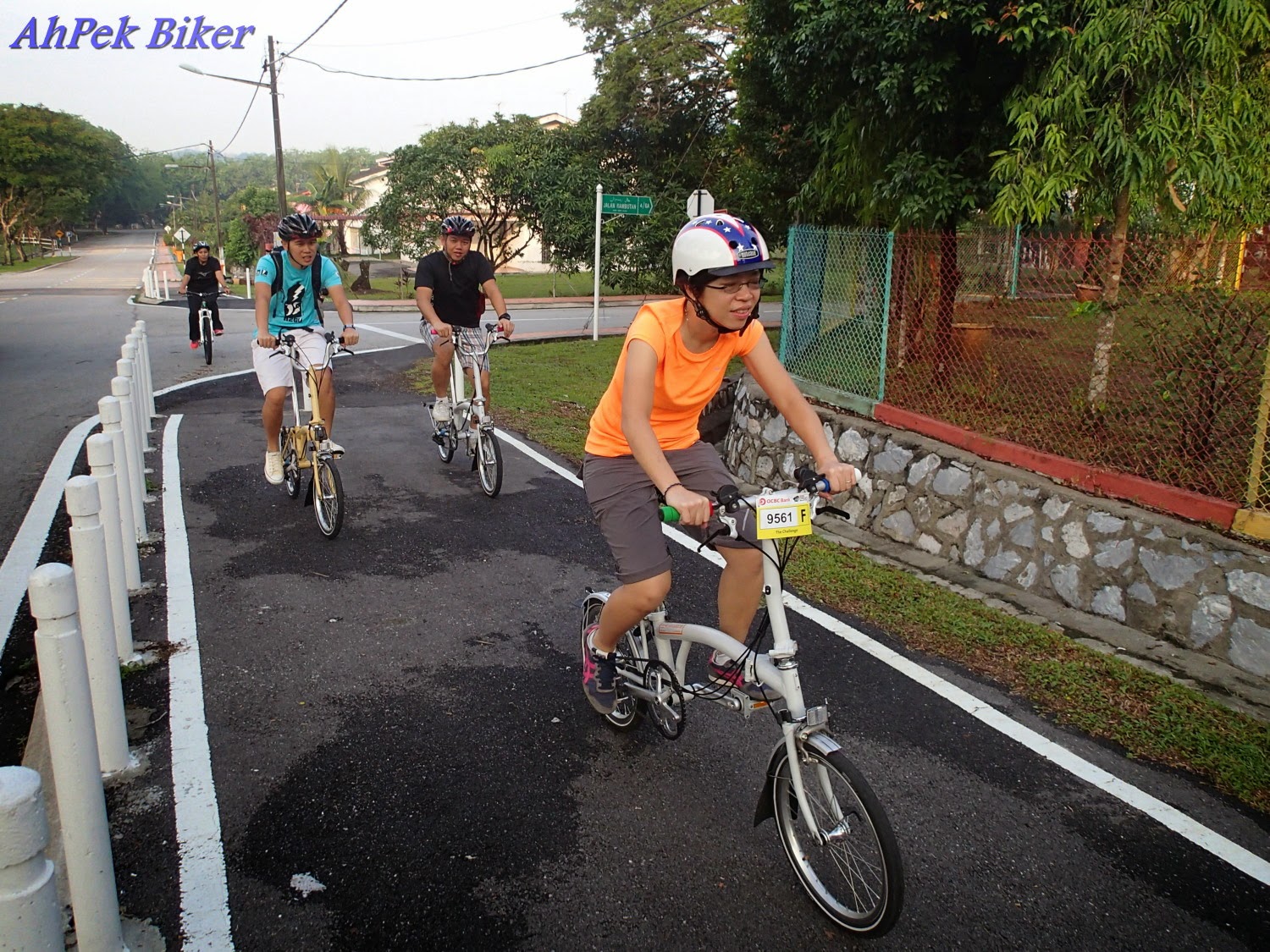 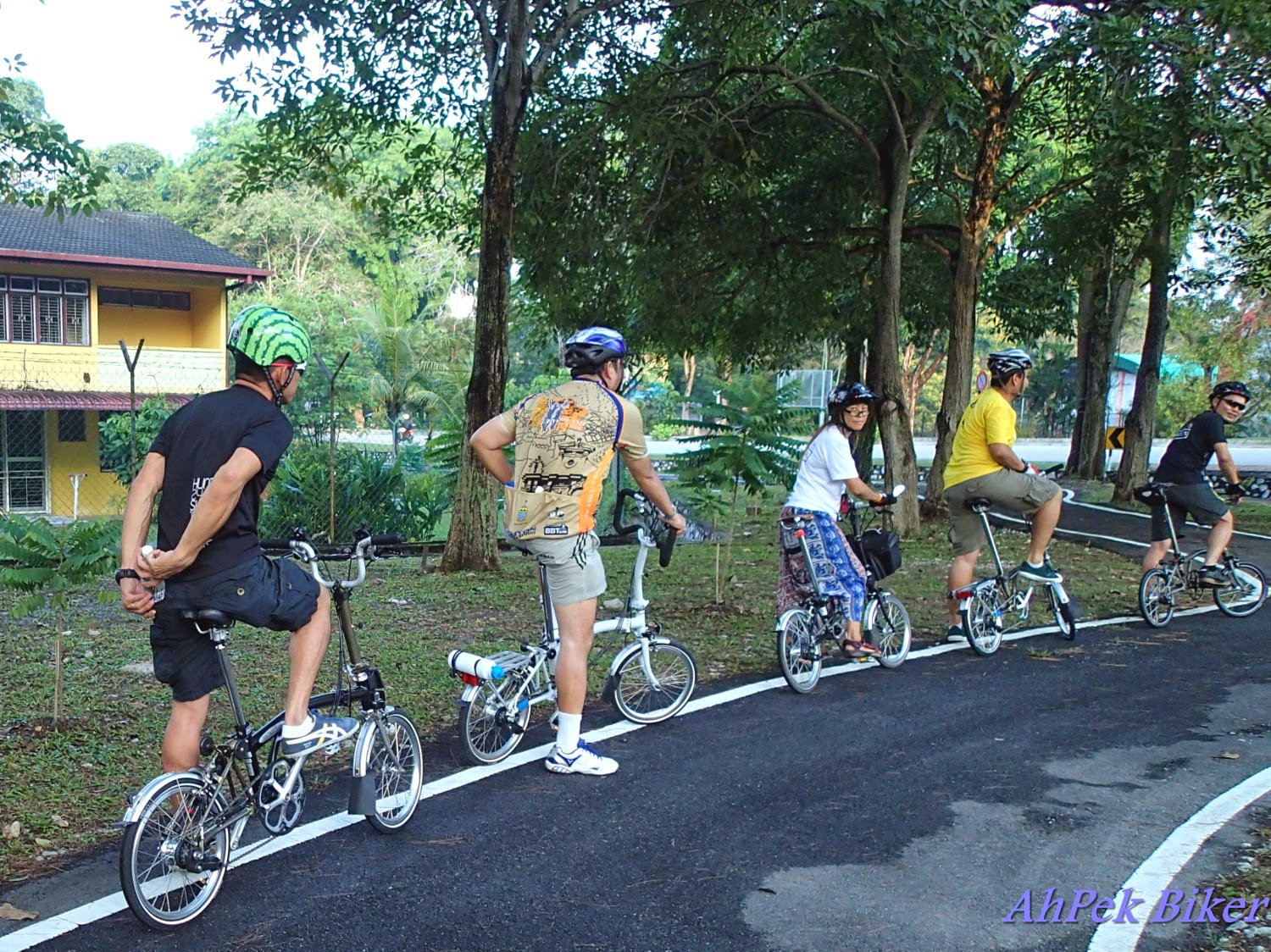 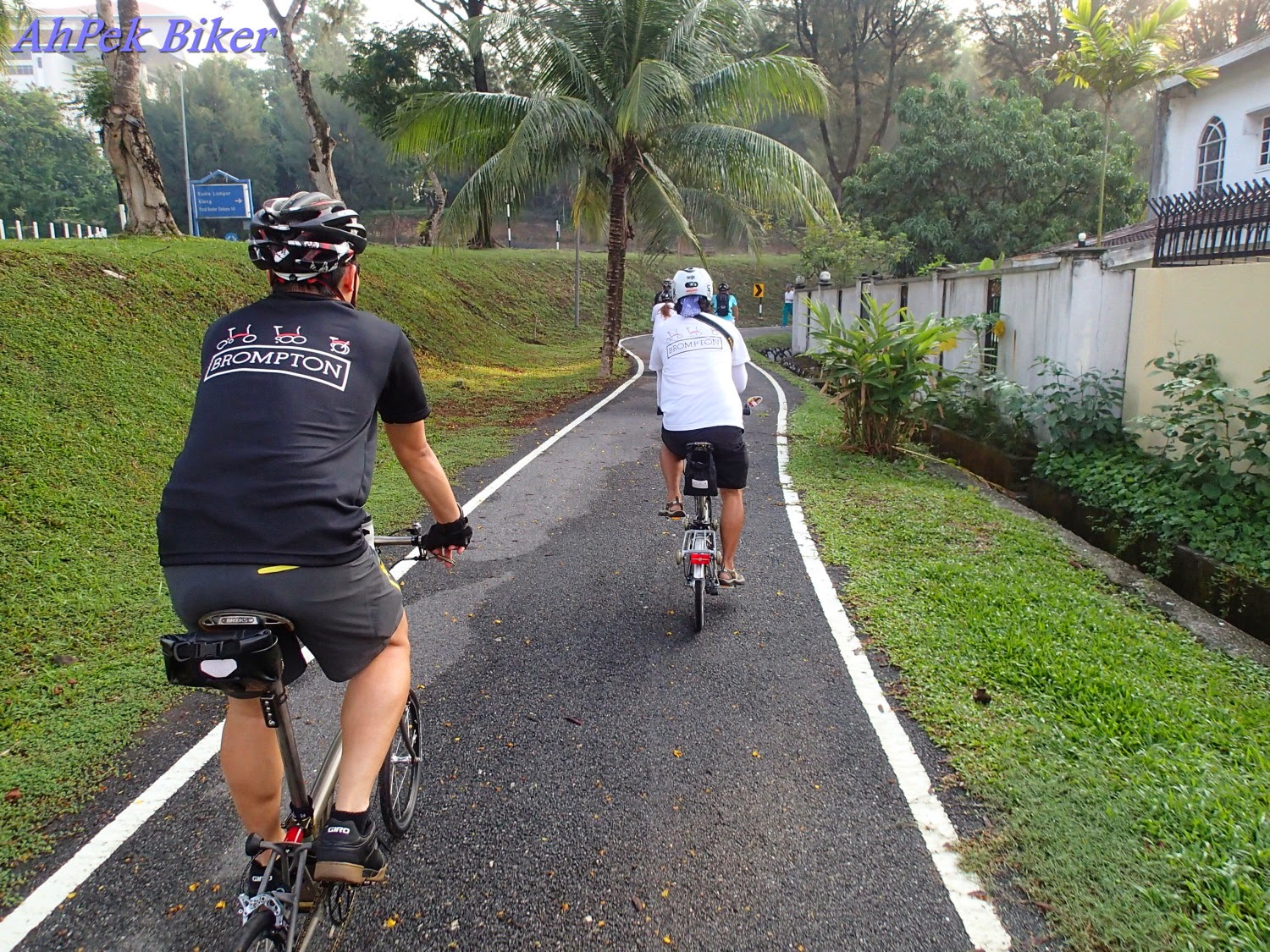 Unlike the motorcycle lanes of the Federal Highway that run relatively and boringly straight, the cycling lanes here often take a meandering route. It keeps one wondering what's round the next corner. 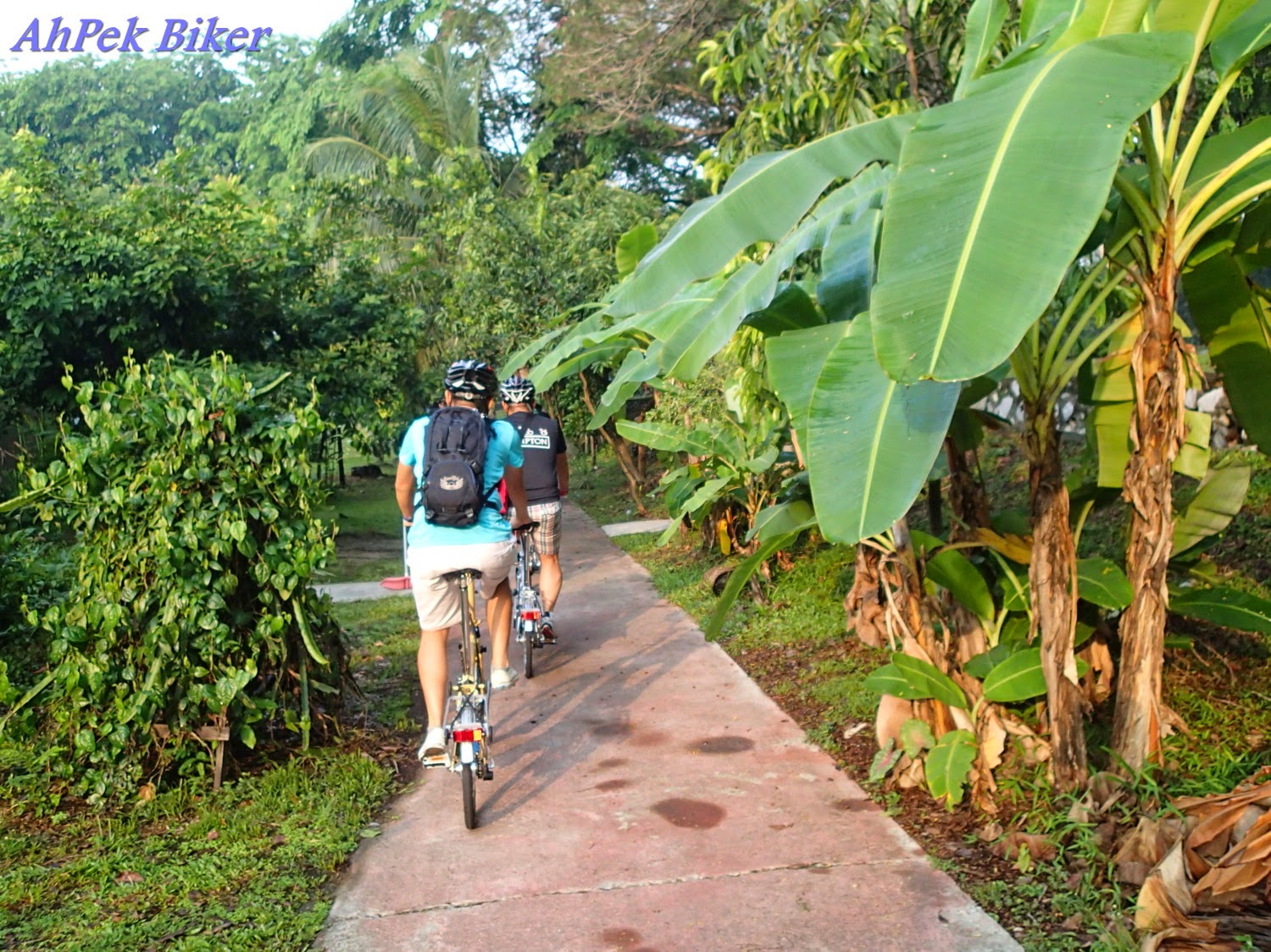 Round one of these corners and we found ourselves riding through a mini-orchard at the back of residential houses. 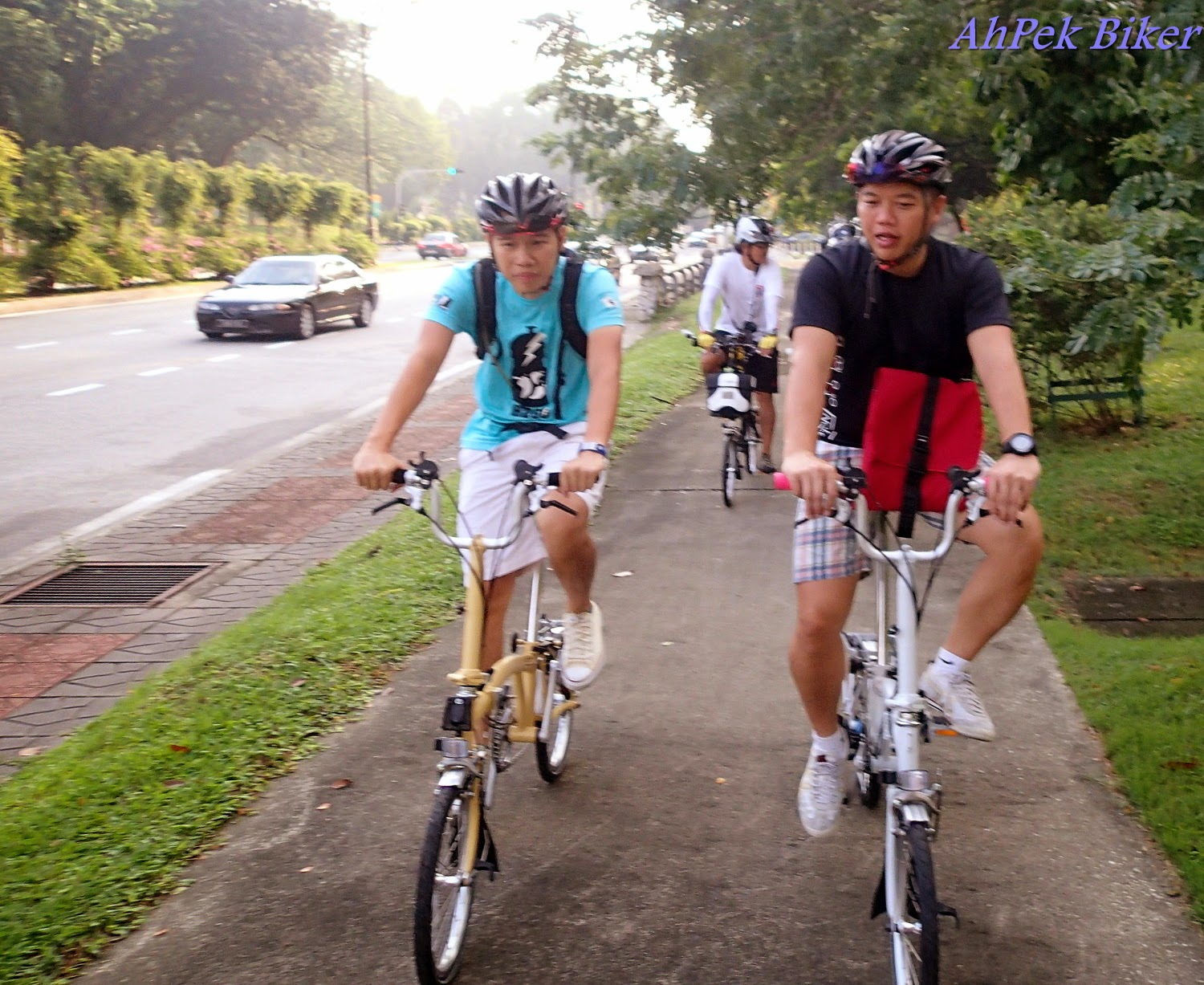 Round another corner and one will be riding next to the busy main roads of the city. The cars go zooming by but we are safe within the cycling lanes. 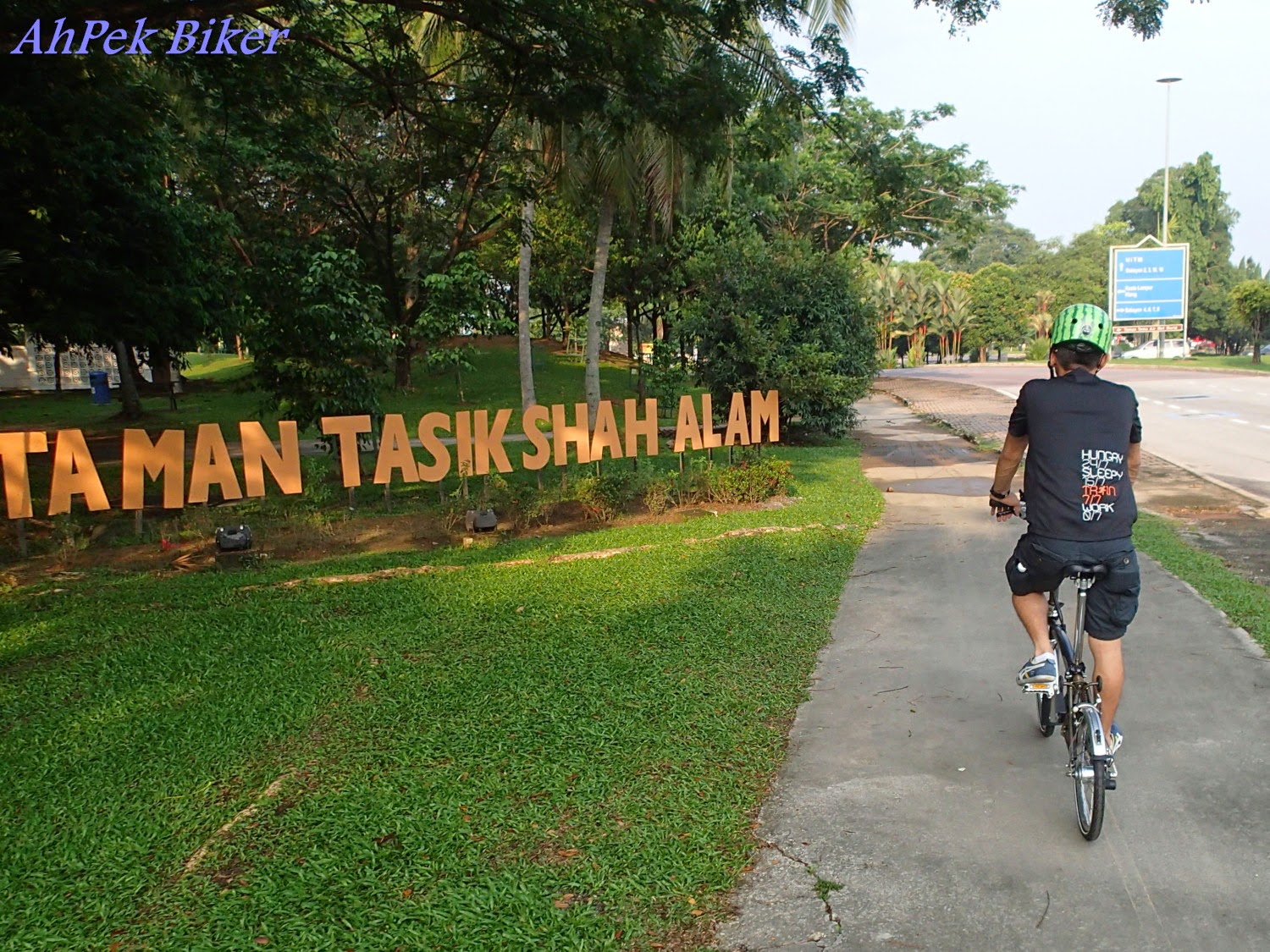 From the residential area, the lanes lead to the Shah Alam Lake Gardens. 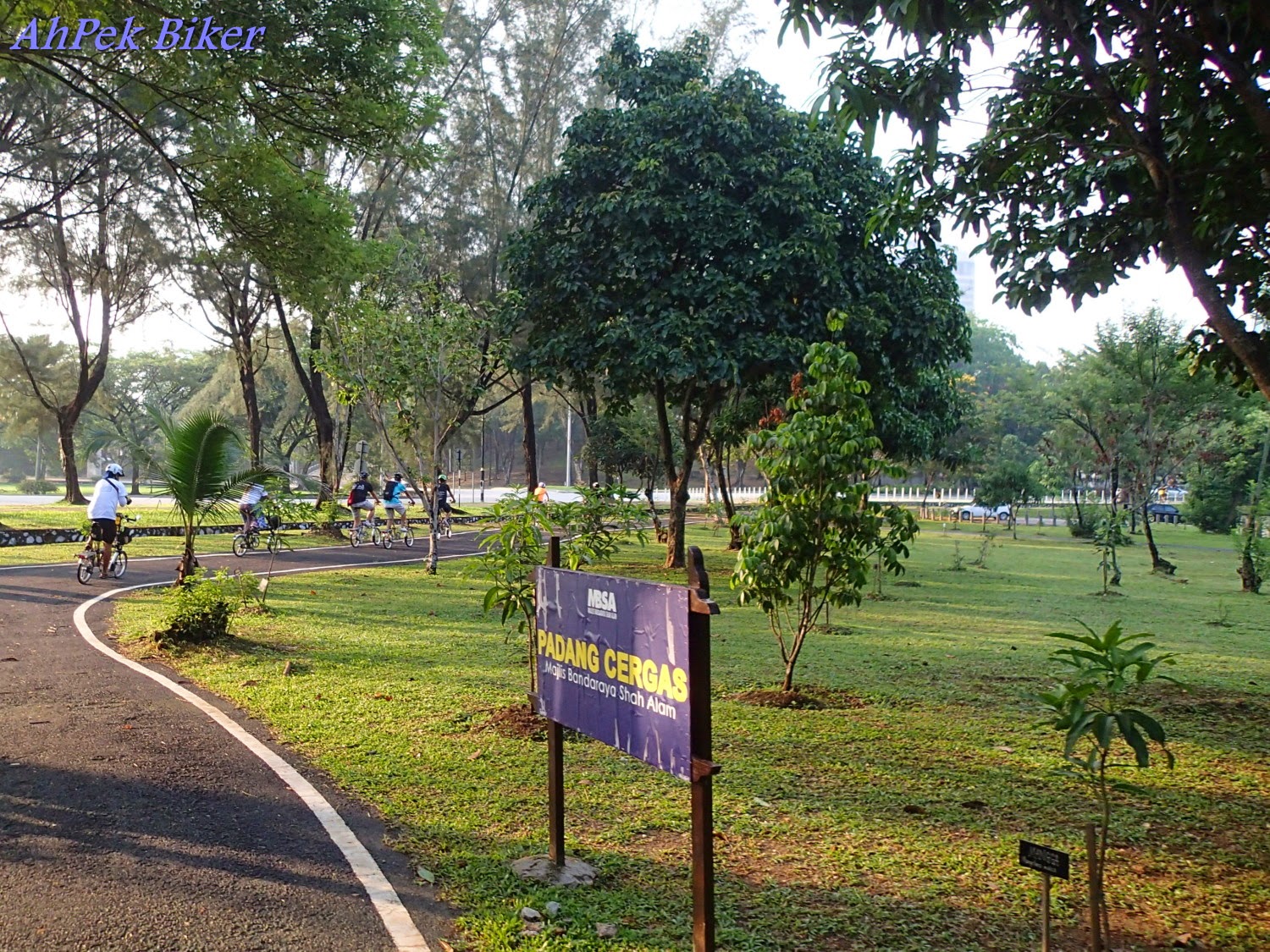 The lanes also connect the main Lake Gardens to other smaller parks. 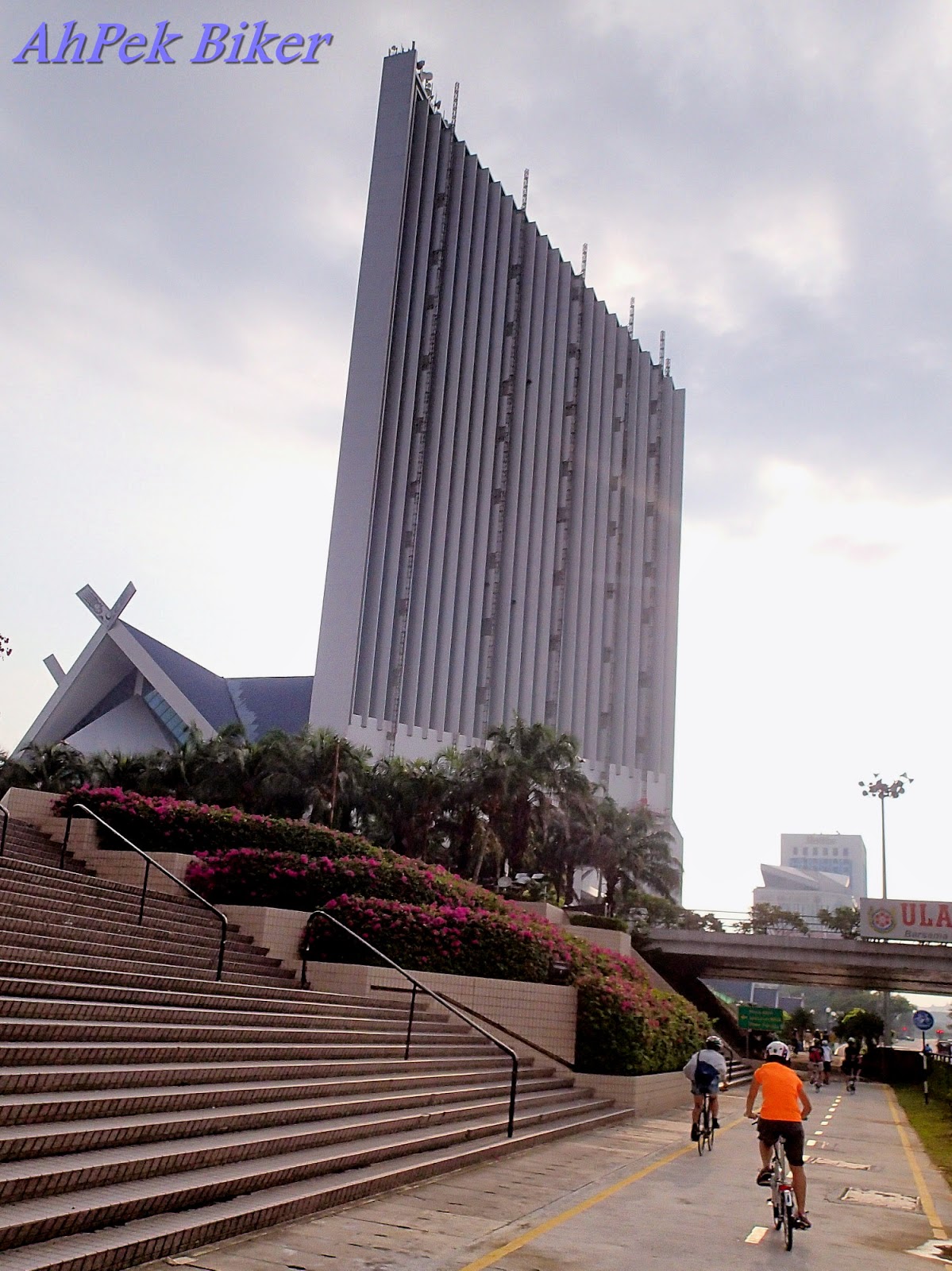 Further along it connects to Section 14, the main commercial hub of the city. Here is where many of the high-rise buildings of the city can be found - one of which is the Shah Alam City Hall. 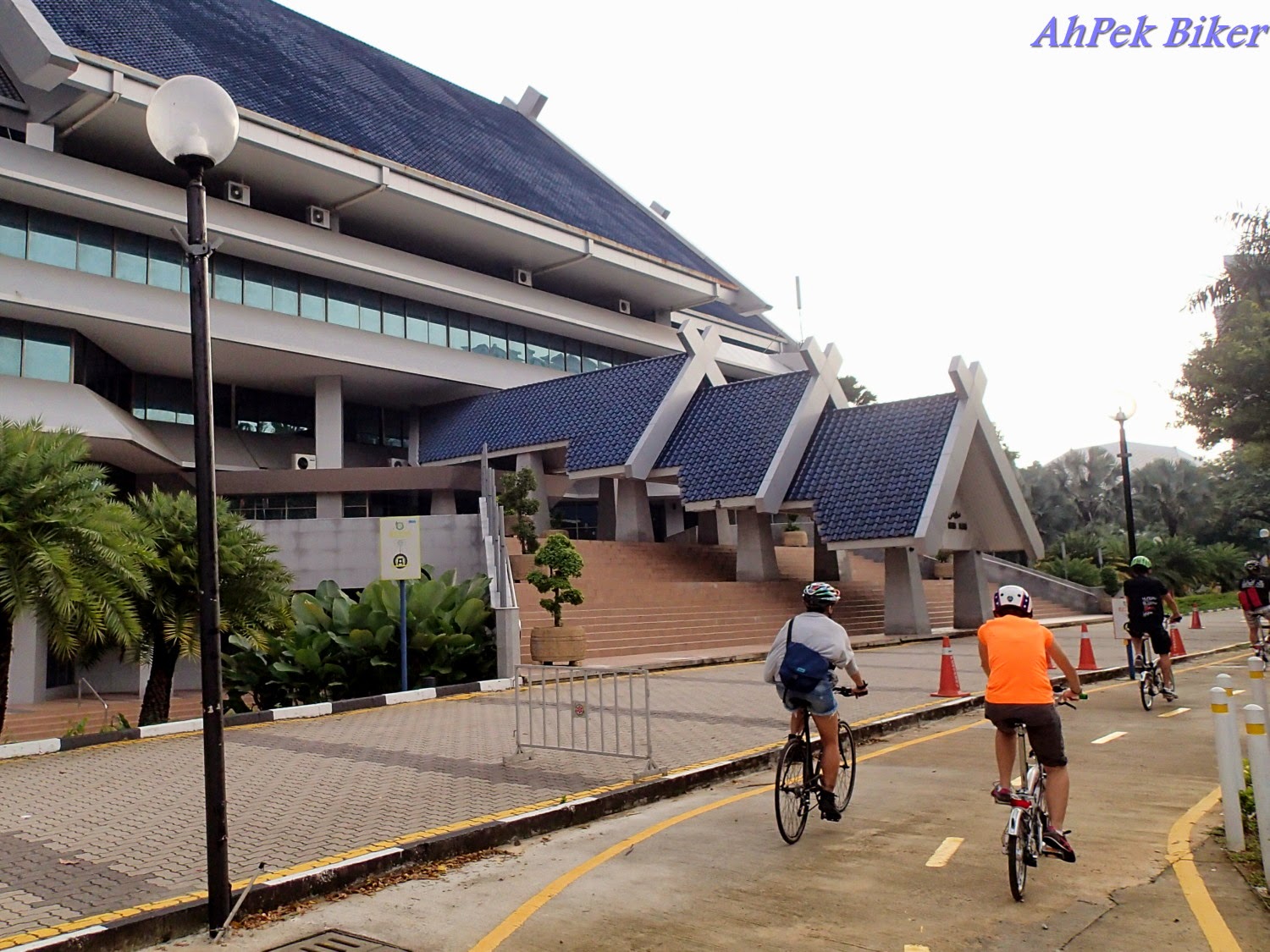 Next to this is the Selangor State Museum. 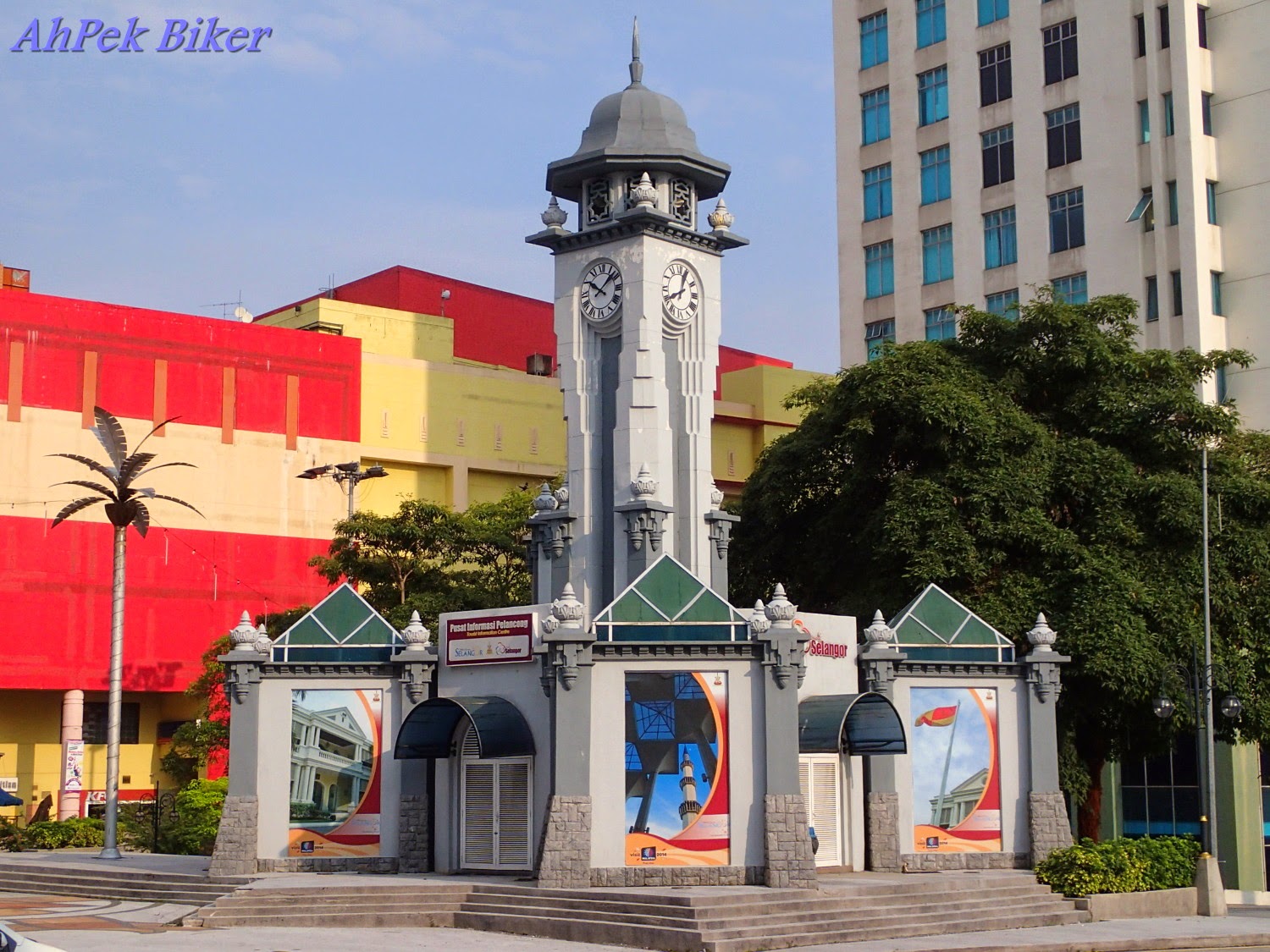 Opposite is an unique clock tower. 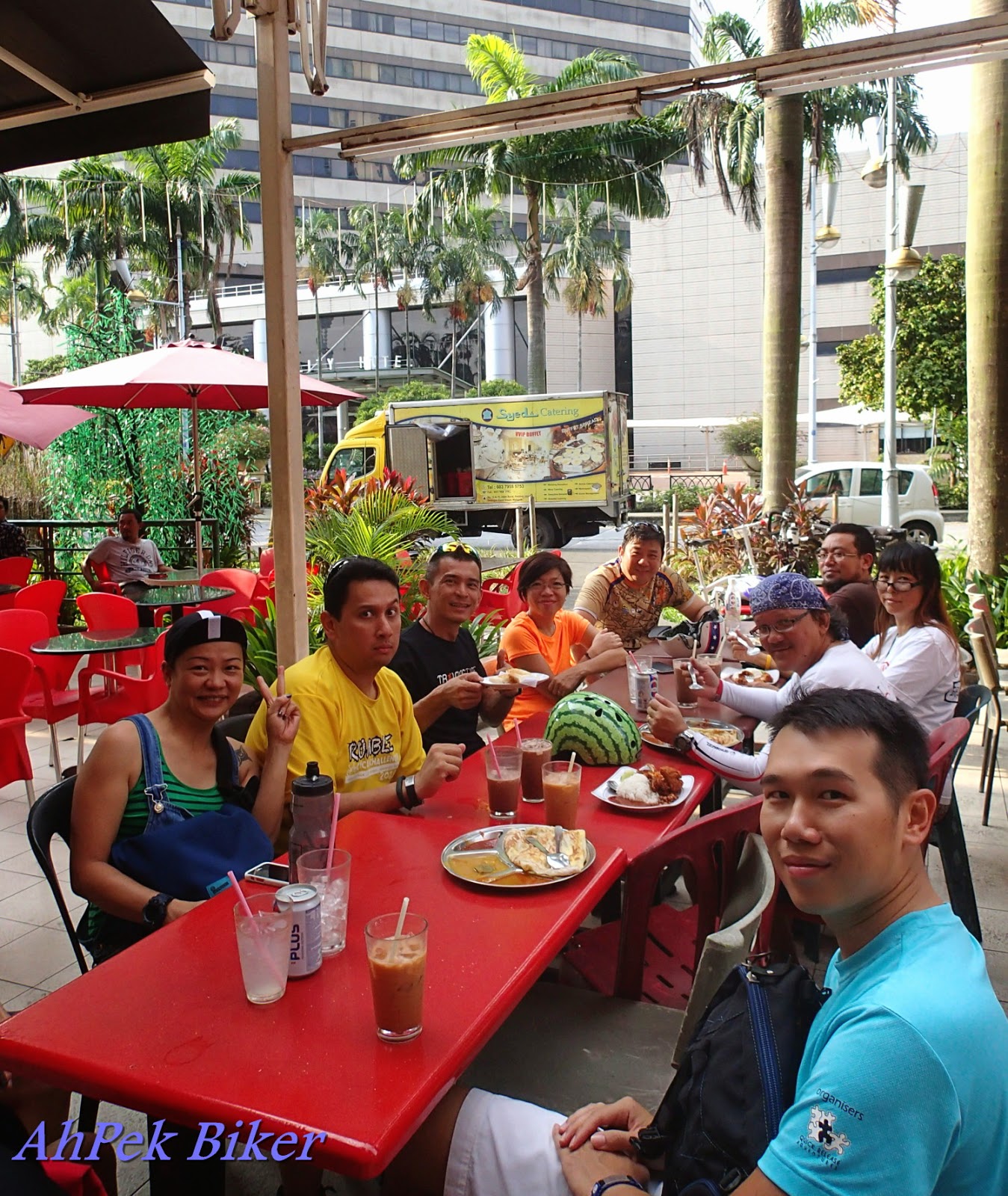 Nearby are shops for one to fill one's stomach. Oddly, the cycling lanes stopped short of leading to this shopping zone. 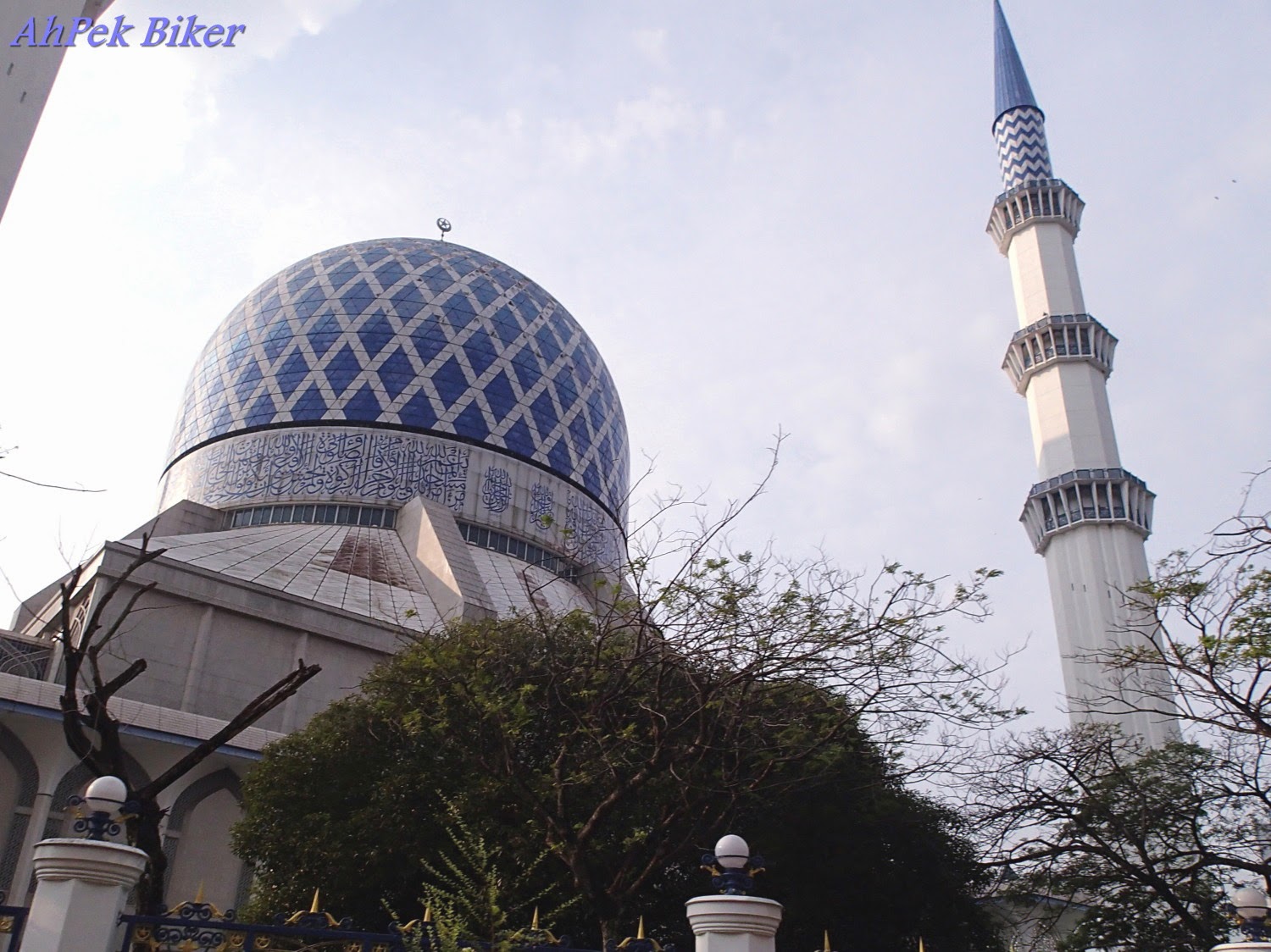 The tracks do lead to iconic buildings of the capital; such as the Selangor State Mosque with its beautiful and easily recognisable blue dome, and ... 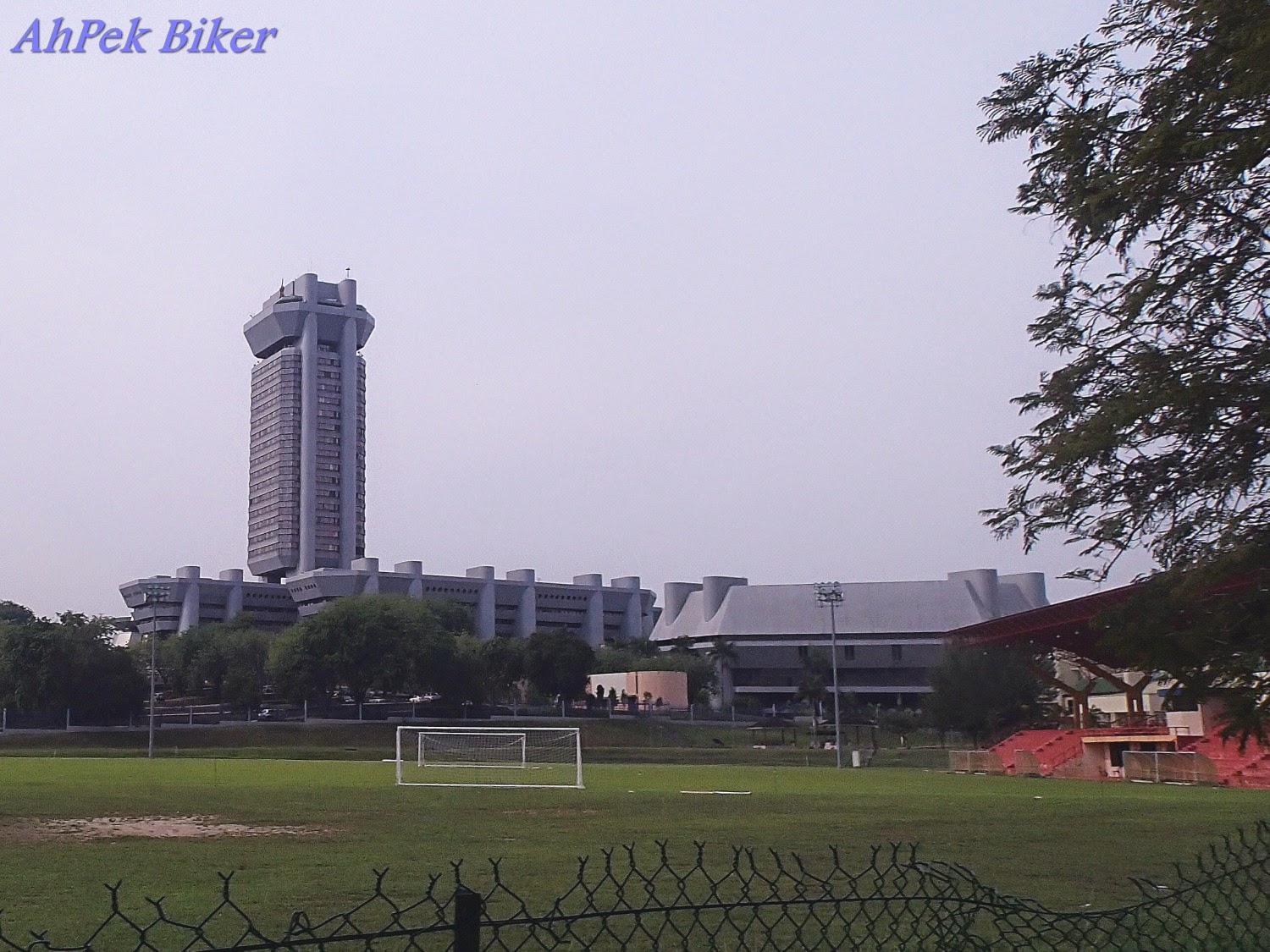 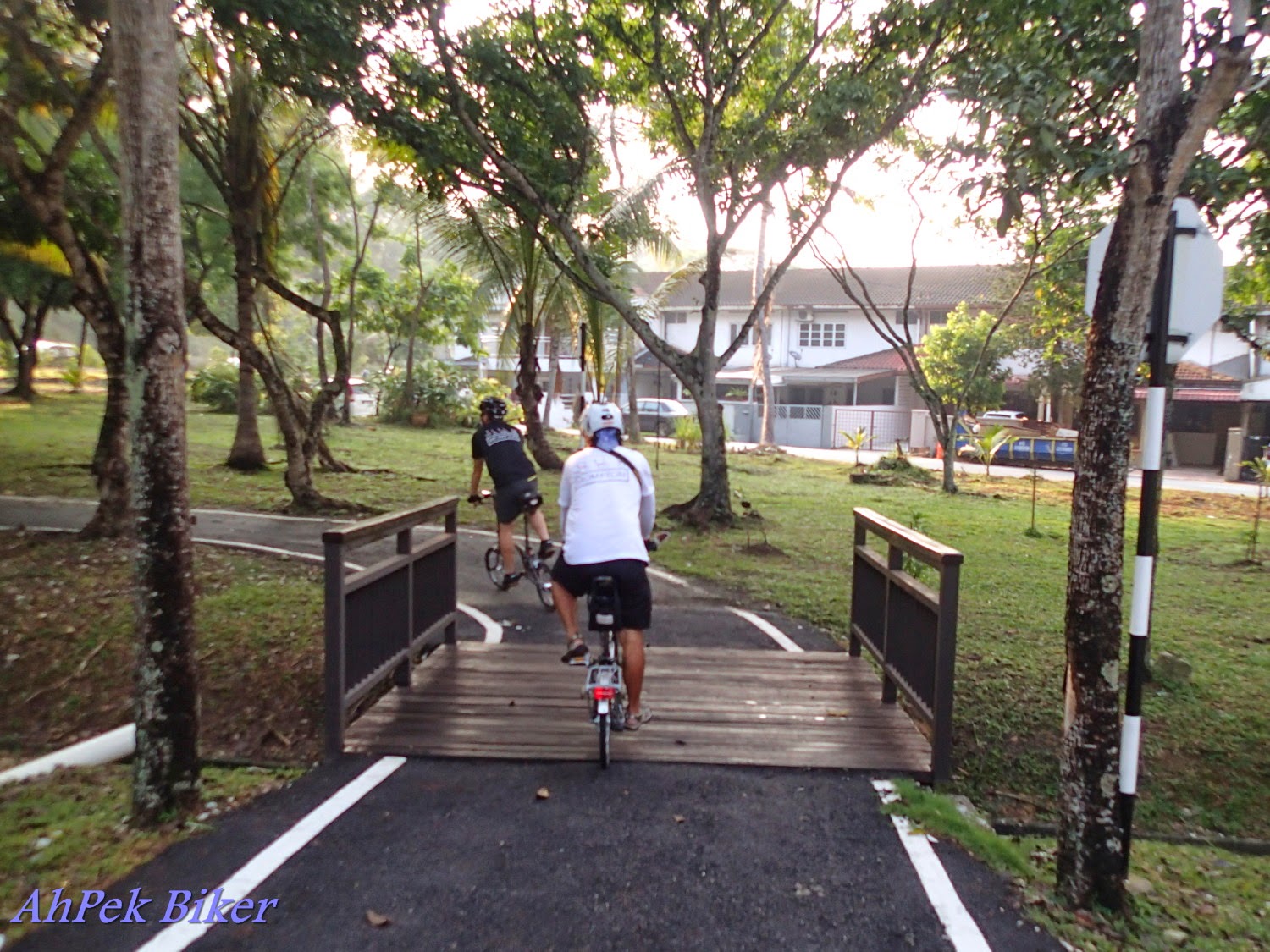 Due consideration of the safety of cyclists have been taken into account when these tracks were planned. Bridges span across drains. 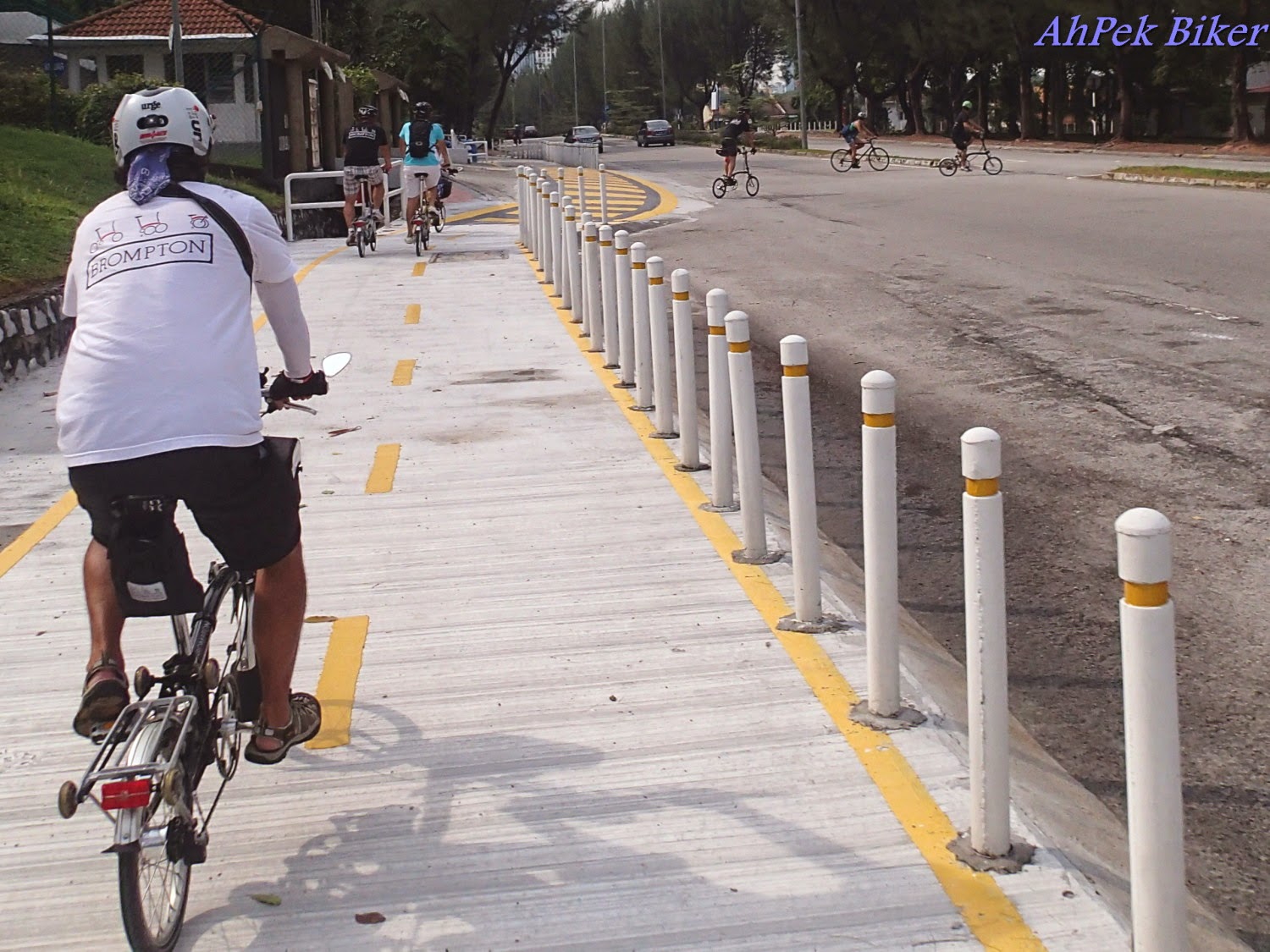 Bollards have been installed to prevent cars from parking onto these tracks. 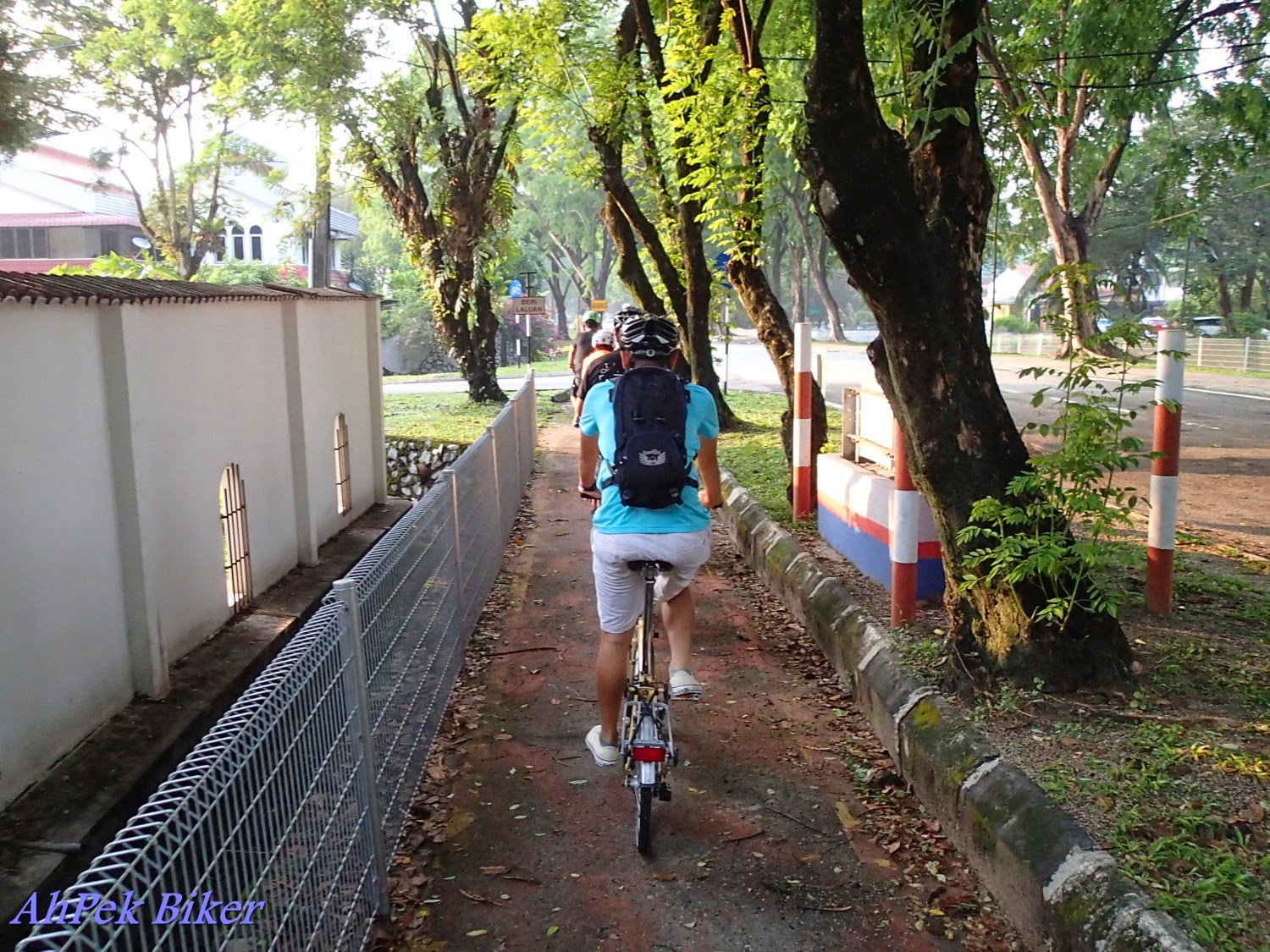 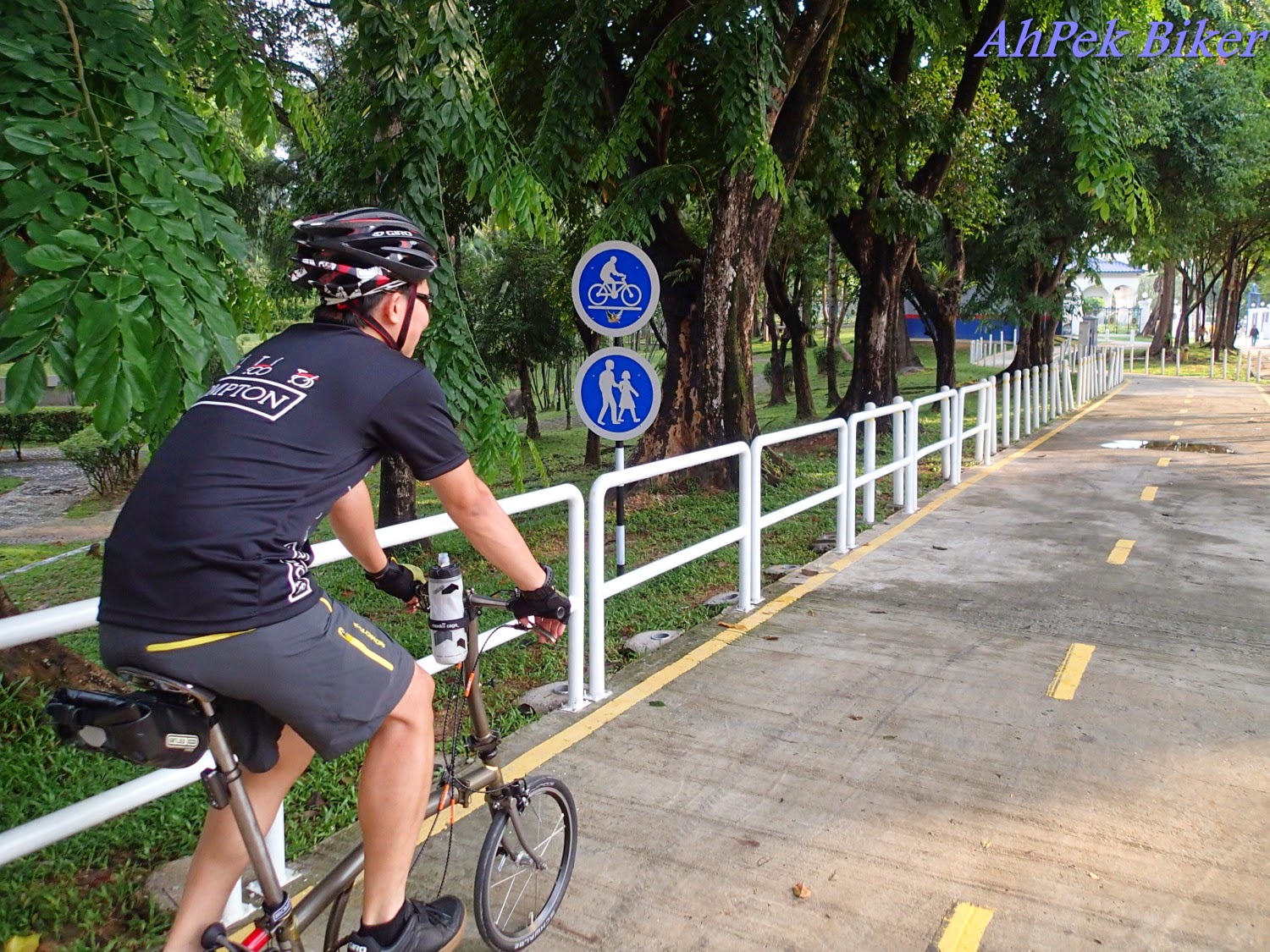 Many stretches are fairly wide to allow bi-directional cycling. Median road lines divide the two directional lanes. Some of the lanes are shared with pedestrian. 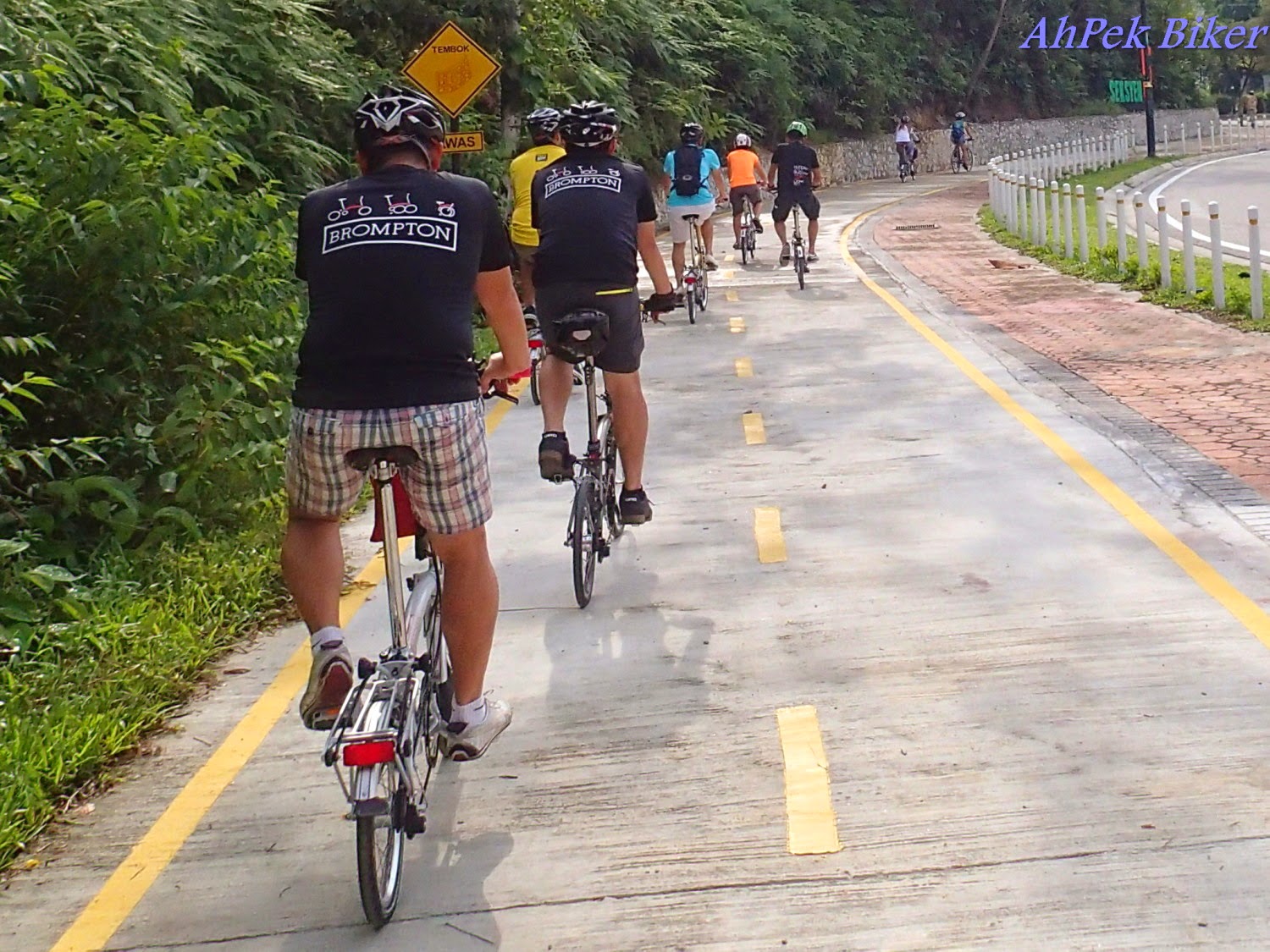 At other sections, there are separate lanes for pedestrians these are lined with paver blocks as seen above. Also seen above is a signage that indicates that there is a wall ahead, and cyclists are to ride with care accordingly. 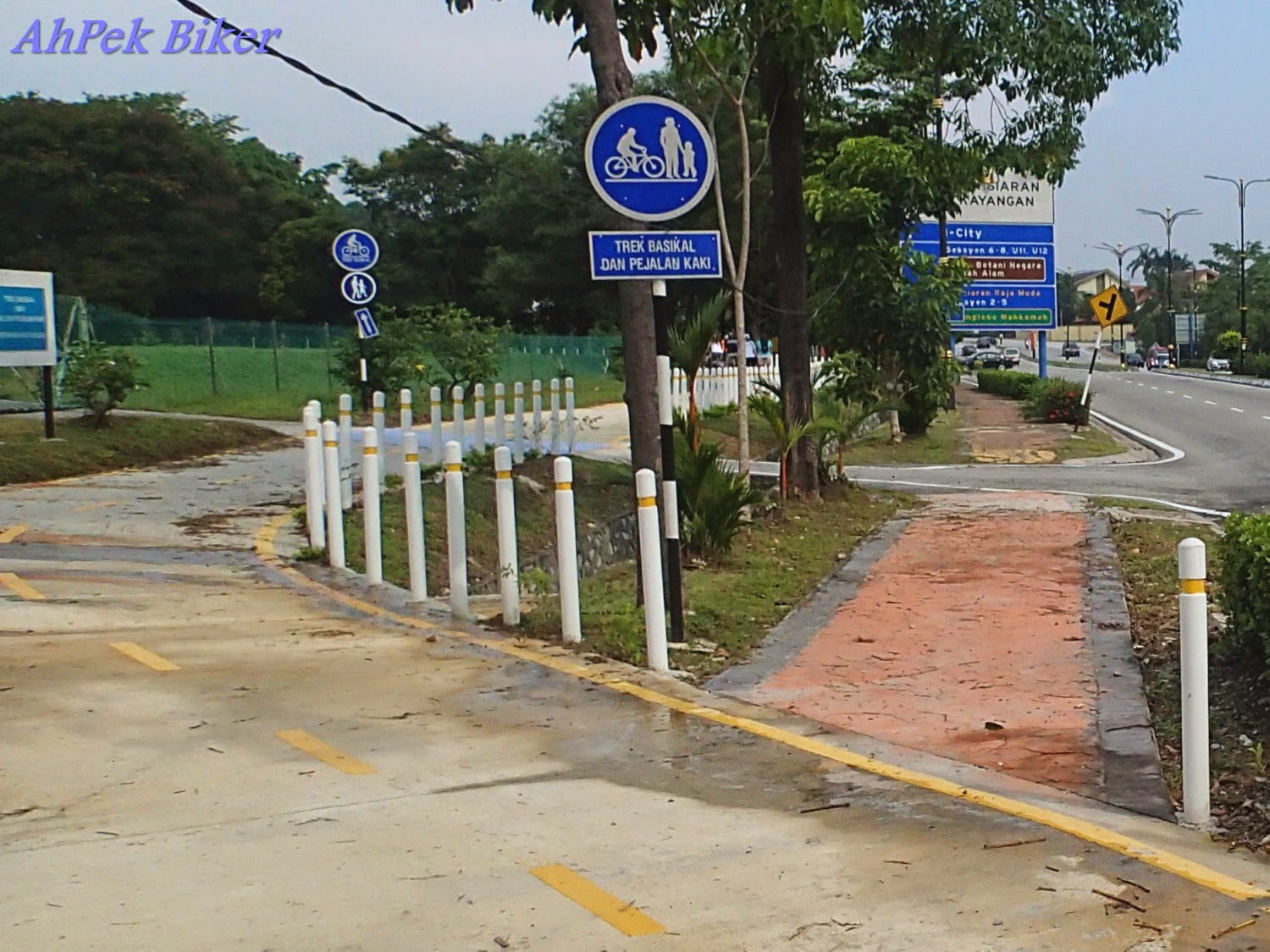 Speaking of signages, the lanes here have very adequate signages. Many shows that these tracks are for cycling and walking so that other motorists will take note. 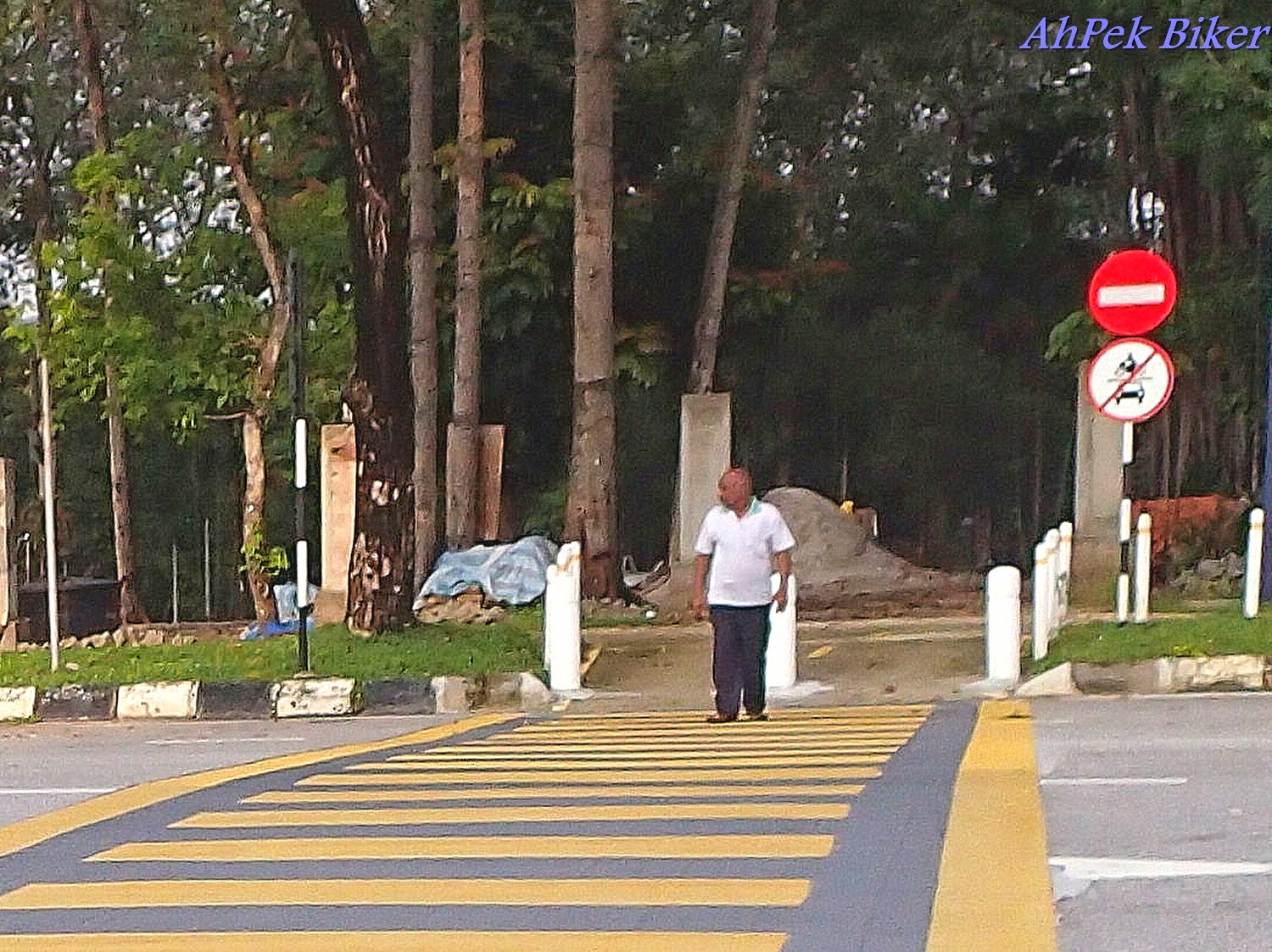 Other signages shows no entry for motorcycles and cars. At these entry points from the public roads, bollards have been put up to prevent cars from going ins. However, unlike what has been done in many other towns, the bollards here are not too closely place to prevent cyclists from having a hard time getting in between. The space in between the bollard are wide enough that even motorcycles can go in between them - point of note: the motorcyclists in Shah Alam must be well disciplined as we did not see a single motorcycle encroaching onto the cycle tracks. 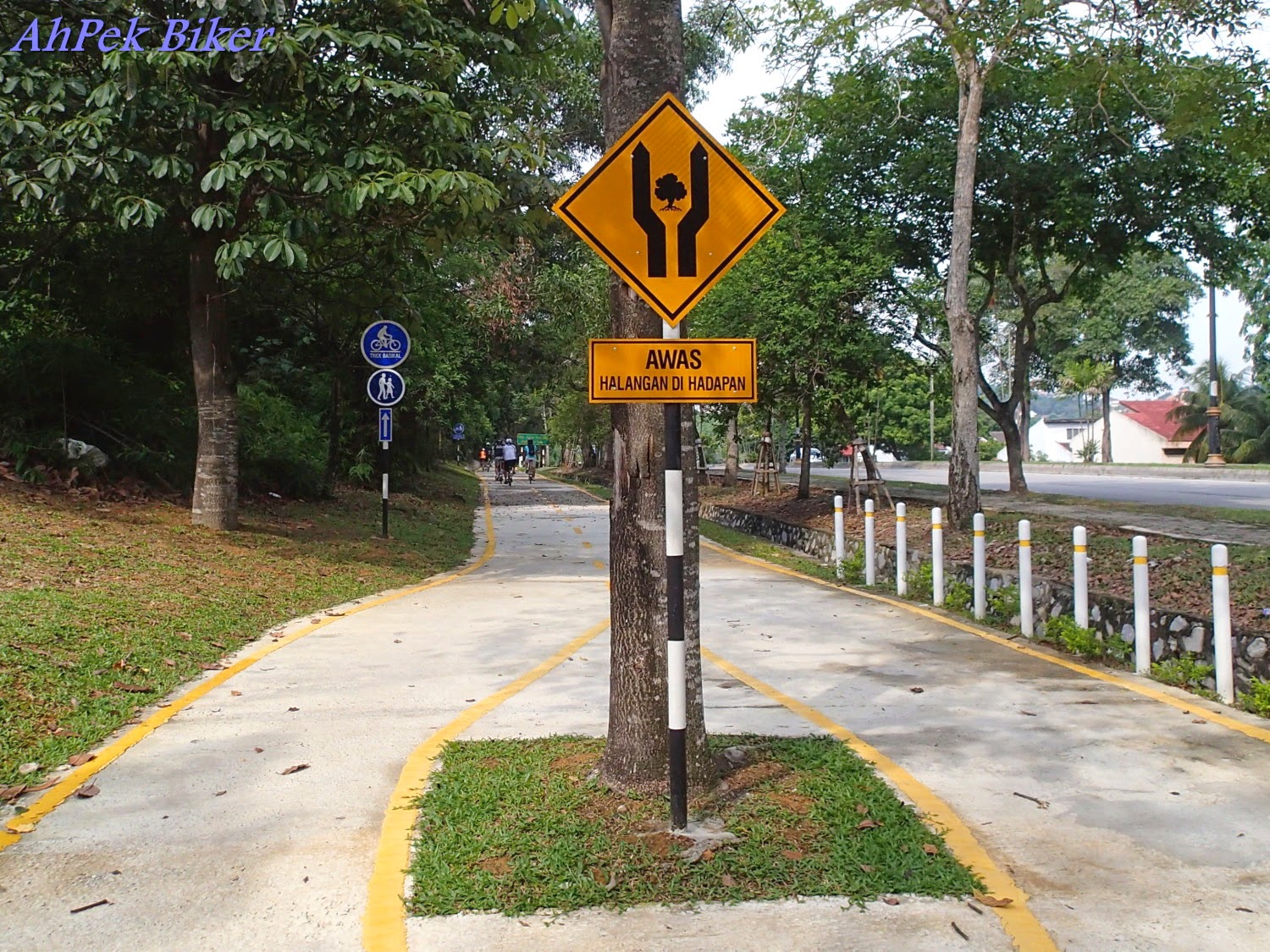 This one is an interesting sign - it shows that there is an obstruction right in the middle, specifically here it's a tree. Bollards on one side prevents cyclists from swerving into the drain when avoiding the tree. 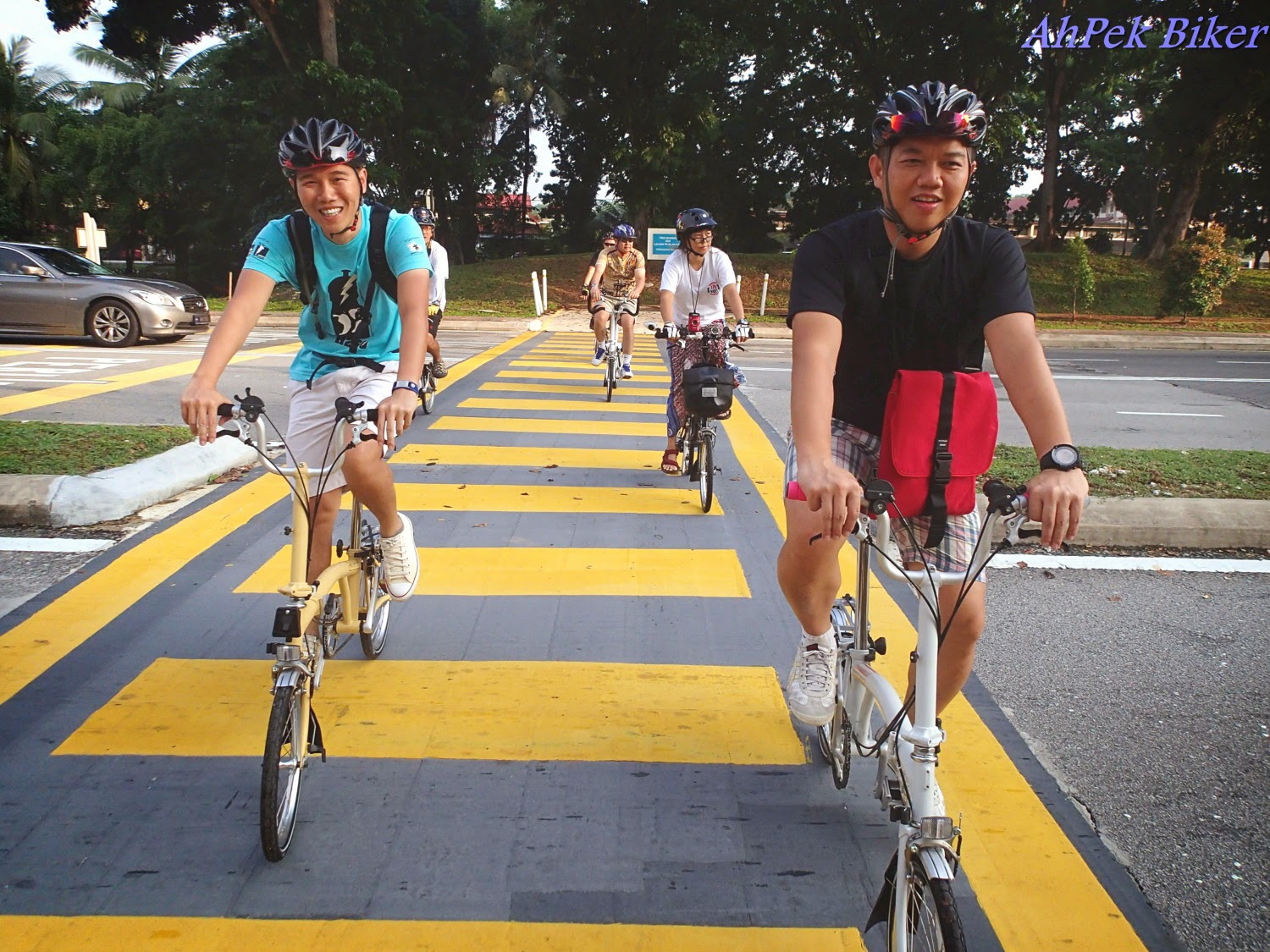 Special Zebra crossings are provided for cyclists too. 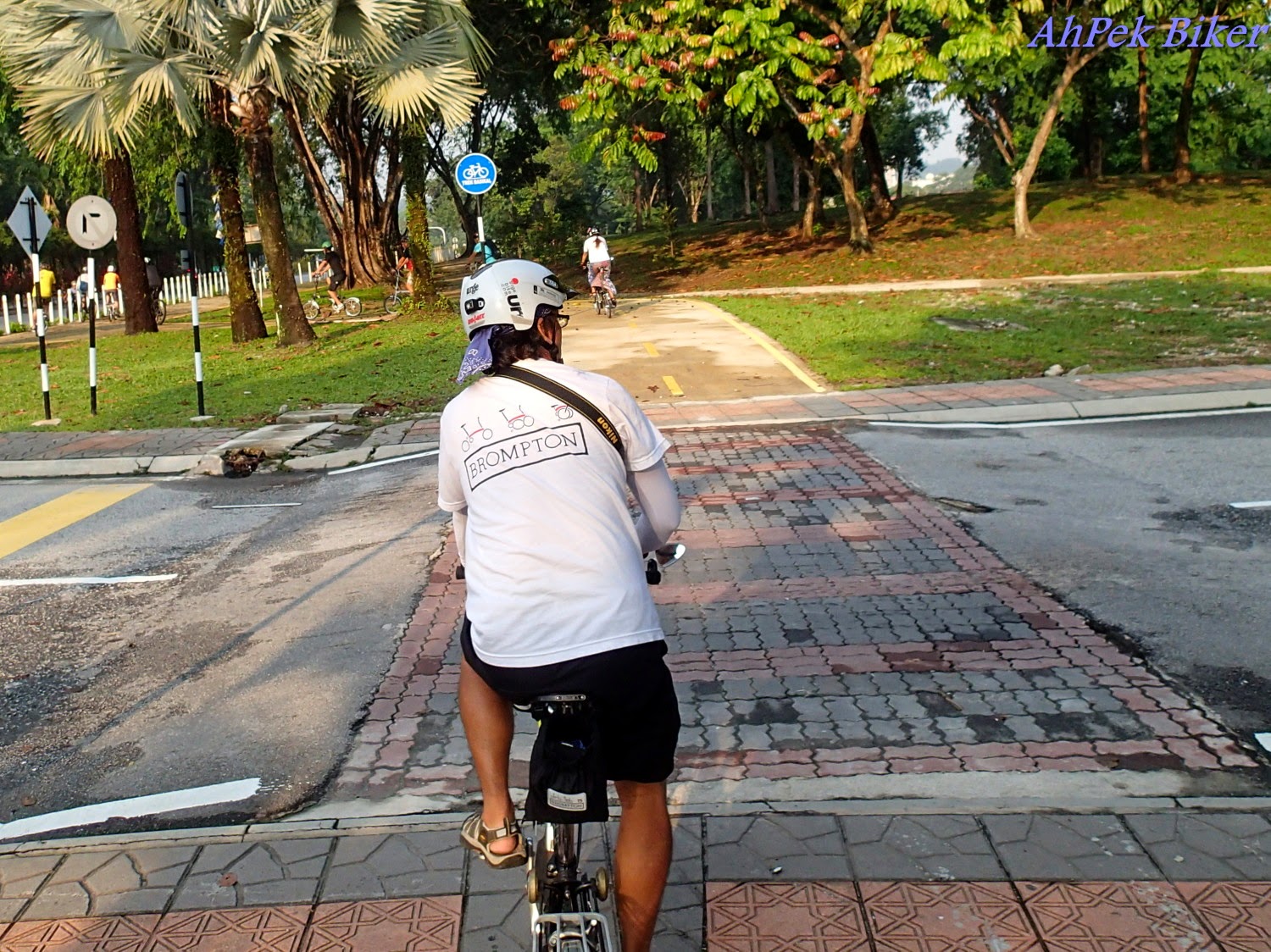 To slow down vehicular traffic, near junctions these Zebra crossings are humps too. 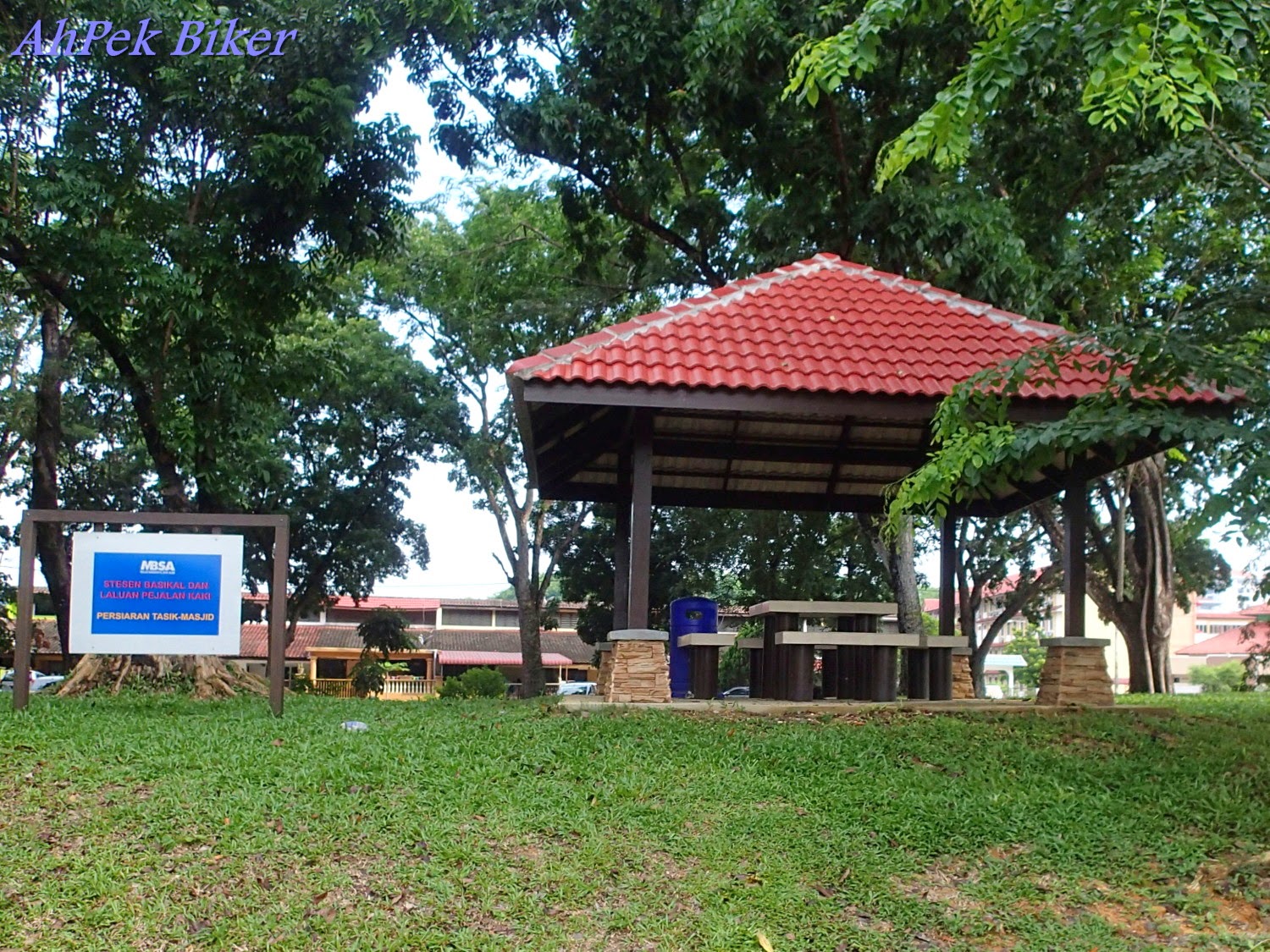 At some strategic positions are these shades for cyclists & joggers to take a rest or to take cover in case of rain.
Yes, the welfare of cyclists is well taken care of in Shah Alam. A point for improvement though, these cycling tracks do not connect to the Bukit Cahaya Agricultural Park. Surprising as this is one of the largest urban parks in Malaysian


View Shah Alam Cycling Tracks in a larger map
NOTE: The route in green is on the cycling tracks.

You are at - Jotaro's Blog / AhPek Biker / Cycling Malaysia / Selangor / Shah Alam Cycling Lanes
If you like this, view my other blogs at Jotaro's Blog
(comments most welcomed below. if you like this pls share via facebook or twitter)
Posted by Jotaro Zen at 11:43 AM